It has been said that the best conversations start at the “water cooler.” But little did Salk Institute’s professor Dr. Geoffrey Wahl know when he met Bianca Kennedy at the water cooler at a convention that it would start a decade-long journey between a breast cancer survivor and a team of scientists, all dedicated in exploring new approaches to breast cancer treatment.

Kennedy was diagnosed in 2001 at the age of 35. By then, her sister had been a two-time breast cancer survivor. Although Kennedy’s diagnosis was Stage 1, she said due to family history and age, she opted for a bilateral mastectomy. While in treatment, her sister was diagnosed for a third time and at a point were both on chemotherapy at the same time.

“We got through it all and life kind of went back to normal again,” she said. “A couple of years later my husband got into graduate school at the University of Chicago. It was there I began working for Y-ME National Breast Cancer Organization. For almost 40 years it was a well-known breast cancer organization. I worked there for five years as a breast cancer hotline peer counselor, and later supervisor over the hotline peer counselors. Everyone on the hotline were all breast cancer survivors.”

Kennedy said the best part of working the hotline was speaking with women who did not know what to expect with treatment, and the ability to help them walk through it.
After graduate school, they moved to Chula Vista but Kennedy remained a volunteer for Y-ME. As a Y-ME representative, she went to Orlando, Florida, attending the Department of Defense “An Era of Hope” conference.

Wahl asked where she lived and offered her to tour a laboratory, and “When I said San Diego, he told me he had the perfect lab” for her. A week later he filled her in on all the work they were doing in his lab, so she went and met his lab team.

“They were amazing,” she said. “And welcoming. None of them were hesitant to have a layperson in their lab. It was Geoff’s leadership in that he wanted to collaborate and bring more people into the equation. It is also a different capacity to have in a lab. For a long time, I was the only advocate in a lab because he had a desire to add an advocate to his lab. It was a kind of divine providence.”

Kennedy said she started attending weekly lab meetings, only understanding a small part of what they were talking about, but said they were patient and would explain what she did not understand. She said after a few years, Wahl had his team give her the “five-minute elevator speech” at the beginning of each presentation.

“That is a hard skill to learn when you are experts working in a field with that much complexity,” she said.

Wahl has been at Salk since 1979. His PhD is in biological chemistry from Harvard University. He is a member of the Gene Expression Laboratory. He said Salk is a basic science research institute.

“But there is nothing basic about it,” he said. “The science that we do, basic is kind of an insult. I call it foundational science. What we do creates the underpinnings that are necessary to create the stable foundation for discoveries that will impact people’s lives. Which is what Jonas Salk always asked us to do.”

Wahl said their foundational research always considers who is the ultimate recipient of the knowledge that they generate.

“To me that is the patient. Bianca,” he said. “We are not connected to a hospital so what we miss are the patients. It is often too easy to lose track of that connection that we should be having,” he said. “I love the human connection. It gives me additional inspiration and motivation. Bianca has provided that to us.”

While working at Salk, Kennedy was diagnosed with a recurrence. She thought about being cared for in Texas, but Wahl’s wife, Dr. Barbara Parker, a retiring breast oncologist, said she would take Kennedy as her last patient.

“With the care that Bianca received, she has been cancer free for 10 years now,” he said.

“Through this chance meeting and Bianca having this curiosity and motivation to learn more about breast cancer. She had the desire to be in a laboratory setting. She met Barbara. She was able to be treated here by an exceptional physician, and now she is healthy.”

Wahl said this experience in science brought the people to the forefront. He said he tells this story to all his colleagues to encourage them to bring in advocates while doing cancer research.

“With Bianca, with everyone getting to understand what it is like. Bianca did not stop working with us during her treatment. Bianca educated us about what it is to be a cancer patient while they are undergoing treatment.”

Wahl said Kennedy was not shy, even when she lost her hair. While in treatment, the entire lab team joined her in the Susan G Komen Race for the Cure.

“I had incredible support,” she said. “I could not have had better support. It was amazing. It really lifted me to get through it.”

Kennedy said while there, she gave everyone in the lab a closeup view of the journey of going through breast cancer treatment.

“You have your surgeries, but then the chemotherapy is six months. You have your ups and downs. Many different physiological side effects that they could see, or I could tell them about,” she said. “After that, radiation, which they could see ‘in the flesh’ where I was burned by the end. I believe it is a testament, but two of the lab members went on into medicine. One of them told me it was seeing my journey.”

Kennedy said scientists are at the lab for a certain number of years and then leave to go to other parts of their careers. She said in their tenure together at Salk for the last 11 years, she has gotten to know some amazing scientists that are going to have a tremendous impact on the breast cancer community, and other illnesses.

“It has been such an inspiration for me, and educational,” she said. “I am always inspired because I can see how hard scientist’s work and how absolutely tenacious, they are. They never even think of giving up.”

Kennedy said their work is meticulous over every detail and culminated over time with different variables. She said funding is the key.

“If funding stops, the research is gone,” she said. “My eyes were opened to how difficult it is for scientists, not only the difficulty in their work, but also experienced in creating funds for their work.”

Kennedy said it is difficult and competitive in getting grants for research.
Wahl said he and Kennedy have advocated for funding together.

“Funding for science has been extremely challenging since the downturn of the economy in 2008,” he said, adding that Congress tried to sequester funding in 2012. “Even now because science has gotten so expensive, they have had increases at the National Cancer Institute where we get most of our funding, but there are also more advocates for funding that the funding rate has gone down to less than 10%. This means that 92% of grants will not be funded. You can imagine what this does to the spirit and motivation of people because they are spending all their time writing grants. To get to point being funded, you have probably gone through two or three rounds of failure before you can finally get accepted. Every round of failure is a year. That means you have gone two to three years with inadequate funding. That really slows research down. It forces you to lay off people who have extraordinary expertise in a particular area.”

Wahl said the most exciting research is also the most competitive. He said it is “an evil cycle.” Wahl said the people in the lab have gone through 5 to 7 years to get a PhD, 3 to 5 years of post-doctoral training.

Wahl said funding for science is making scientific progress an “existential threat” that he has never seen in his career.

“It was really interesting. He had all sorts of questions, and she was amazing. He actually wrote a grant that we got awarded from a private organization Pedal the Cause, and they granted us funding for doing a sequencing on my sister and my DNA to see if they could find any other mutations. That is something that would have taken years and been hard to going through the regular government sources we normally ask. A lot of really cool things came from my experience, being a beneficiary of, and I have never lost sight of that. It never would have happened without Geoff. His enthusiasm to have an advocate position in his lab is what made all those things take place.” 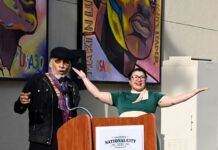 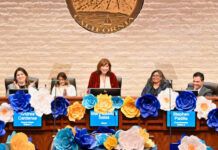