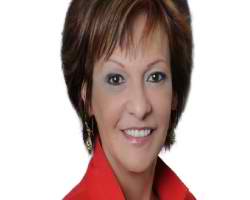 The number of candidates running for office in the city of Chula Vista was trimmed to six after two potential candidates were disqualified from appearing on the ballot when they failed to meet nomination requirements.

California Elections Code says voters may nominate candidates for election by signing a nomination paper. Candidates seeking local office shall gather a minimum of 20 valid signatures and no more than 30 in a city of 1,000 voters or more with the nomination papers filed 88 days prior to an election.

For the first time in Chula Vista’s political history, the city clerk disqualified two candidates from running for office after the city clerk could not verify “20 good signatures” for Carmelita Larrabaster “CL” Vinson, who sought candidacy in southeast Chula Vista, District 3, and Marcos Lopez for District 4 in southwest Chula Vista.

Part of the reason for the pair’s ineligibility is this is the first election in Chula Vista based on four council districts. Instead of gathering signatures from any Chula Vista voter — as the process was when the city had citywide elections — candidates must have voters living in the district in which they are running for sign their nomination papers.

“I’m not a professional politician, so I don’t know everything about the steps on how to be on the ballot,” Larrabaster Vinson said. “I thought you say you want to run for a position and that’s it. I didn’t know that you’re supposed to get signatures from people to nominate you.”

Larrabaster Vinson said she became aware that she needed signatures a week before the March 11 deadline, so she scrambled to gather signatures to meet the deadline.

Election materials and nomination papers make it clear that 20 valid signatures are needed, and must come from voters in the district a candidate is seeking office. City Clerk Donna Norris said she meets with prospective candidates for an hour to explain the process, which outlines signatory procedures.

Larrabaster Vinson, a realtor, explained there was some confusion among the signees as to which district they actually resided in.

“Because Chula Vista has been split into districts, it’s very difficult to find where the boundaries are,” she said. “People are confused, they don’t know whether they are in District 1, 2, or 3, probably. And so when I asked them, ‘Are you in District 3?’ and they say yes so they sign.”

Northwest Chula Vista, District 2, encompasses central Chula Vista, downtown and extends out toward L Street to Paseo del Rey, then curls up to H Street and comes back west toward Interstate 805.

Meanwhile, Lopez missed qualifying for the ballot by two signatures. Of his 29 submitted signatures, two were not the actual voters’ signatures, one did not live at the address that was listed on the nomination papers, seven were not registered voters and one signature came from outside District 4.

Lopez said Norris informed him via telephone that he didn’t qualify, but when he asked for clarification she told him she was having the registrar of voters look into it, which added some confusion.

“Donna (Norris) gave me another call back congratulating me, saying that I was approved, my signatures had gone through and I was good to go,” he said. “I was excited and ready to do my campaign and then two days later she called me again to say that unfortunately they (the registrar of voters) had made a mistake and I didn’t put enough signatures together. I was a few signatures short.”

Norris said when she can’t verify a voter’s signature she hires the registrar of voters to look into the matter because they have access to additional records that could possibly validate signatures.

Norris said in Lopez’s case the registrar made a mistake and initially qualified him for the ballot because they just saw that the signatures were from Chula Vista voters, not voters in his district. When she brought this to the registrar’s attention, they agreed they made a mistake.

“We eventually came to the same conclusion (as the city clerk) that he didn’t qualify,” said Michael Vu with the Registrar of Voters Office.

Larrabaster Vinson said she was disappointed that she didn’t make it onto the ballot because she spent the last two years campaigning and seeking endorsements.

She said she plans to return her campaign contributions.

She said she didn’t know offhand how much money her campaigned raised but said “it was very little.” She did not file any campaign disclosure forms with the City Clerk’s Office.

With Larrabaster Vinson out, the battle for District 3 is down to former mayor and political heavyweight Steve Padilla and Jason Paguio, the policy advisor for current Councilman Steve Miesen.

Norris said because there aren’t more than two candidates in the race for District 3, the council will vote to cancel its June general election and move forward with District 3’s election in November.

Lopez said Tuesday he will not run as a write-in.