What Eastlake’s Sharlize Palacios started with a first inning solo home run, the host Bonita Vista Lady Barons finished with 11 unanswered runs en route to claiming an 11-1 run-rule victory in the Mesa League opener for both teams on Wednesday.

“That was one of the motivating factors,” BVHS coach Alé Jordan said.

The Lady Barons had hit the ball hard in the opening two frames but right at Eastlake fielders. Starting in the bottom of the third inning, the hosts began to hit the ball where it could not be fielded.

Nicole Hill scored on a double by BV pitcher Alexis Guevara to tie the game; Guevara then came around on a RBI-single by Vinitzia Blanco to push the Lady Barons ahead 2-1.

Bonita Vista (1-0, 8-3) iced the game with nine runs in the bottom of the fourth inning, scoring eight times with none out.

Guevara helped her own cause with three hits and three RBI while Kodi Gora delivered a double that scored three runs. Sophia Estrada and Hill scored two runs.

Guevara scattered five hits in five innings with four strikeouts to improve to 8-1 on the season with a 1.64 earned-run average. She has 42 strikeouts in 47 innings pitched.

“It was just a matter of adjusting to their pitcher,” Jordan said. “The first go-around we weren’t clicking. The second time we batted around we were clicking.”

Guevara pitched out of a bases-loaded jam in the top of the fourth inning with one out. She struck out the next two batters to prevent Eastlake from potentially taking the lead.

Julia Hill started the Lady Barons’ monster rally in the bottom of the frame with a single. She stole second base and came home on a RBI-single by Madalyn Loperena to make the score 3-1.

Ashley Decker received a walk to drive in one run to up the hosts’ lead to 4-1. Micaela Macario singled in one run: 5-1. Guevara then delivered the big blow with a pop single over third base to score two more runs: 7-1.

At this point, the Titans replaced pitchers but to no avail. The BV hitting machine remained in full blast mode.

Blanco drew a walk to re-load the bases. Gora then cleared the bases with a double: 10-1.

The Lady Barons received one more run to put the 10-run mercy rule in effect as Julia Hill walked and later scored on a wild pitch. 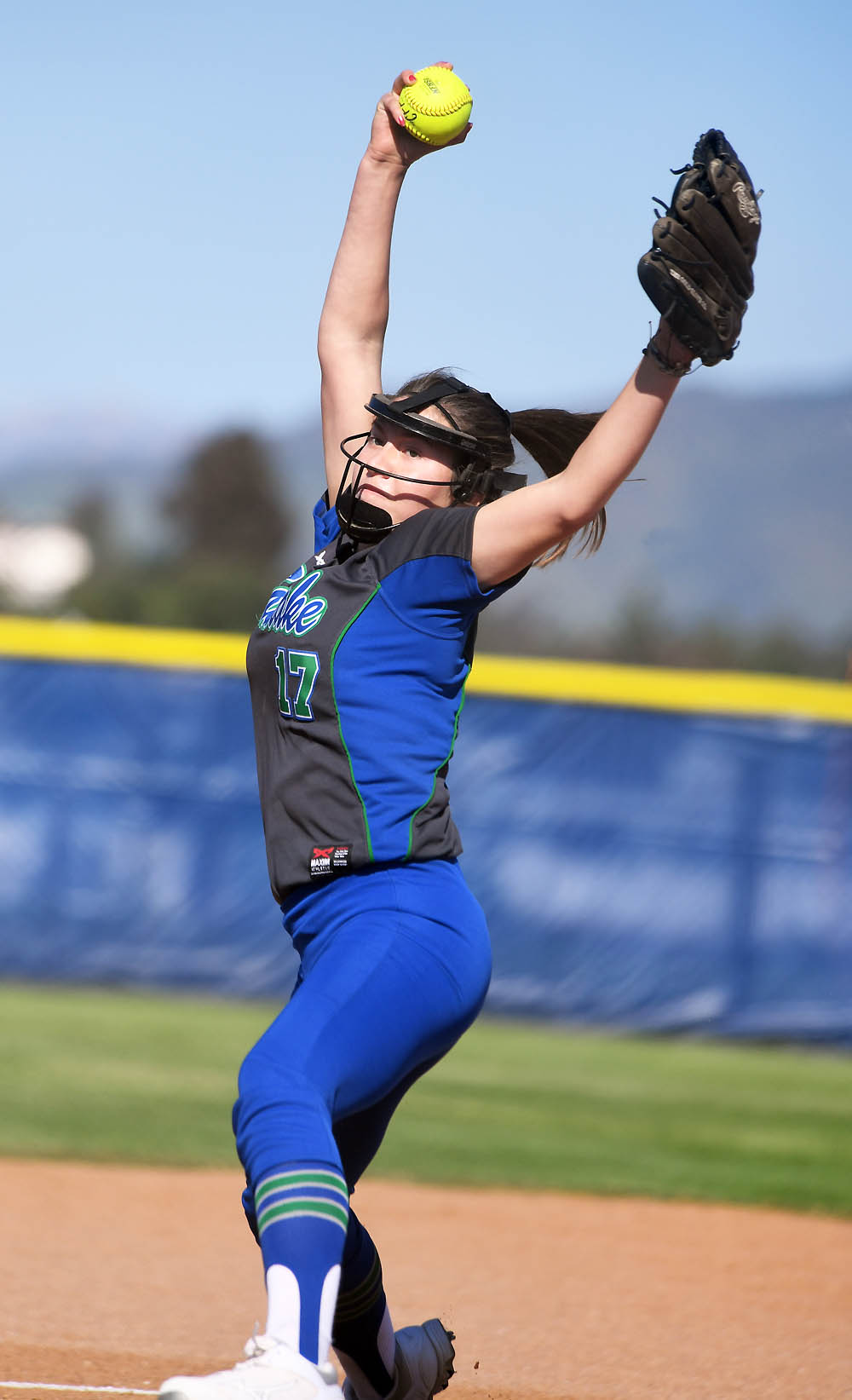 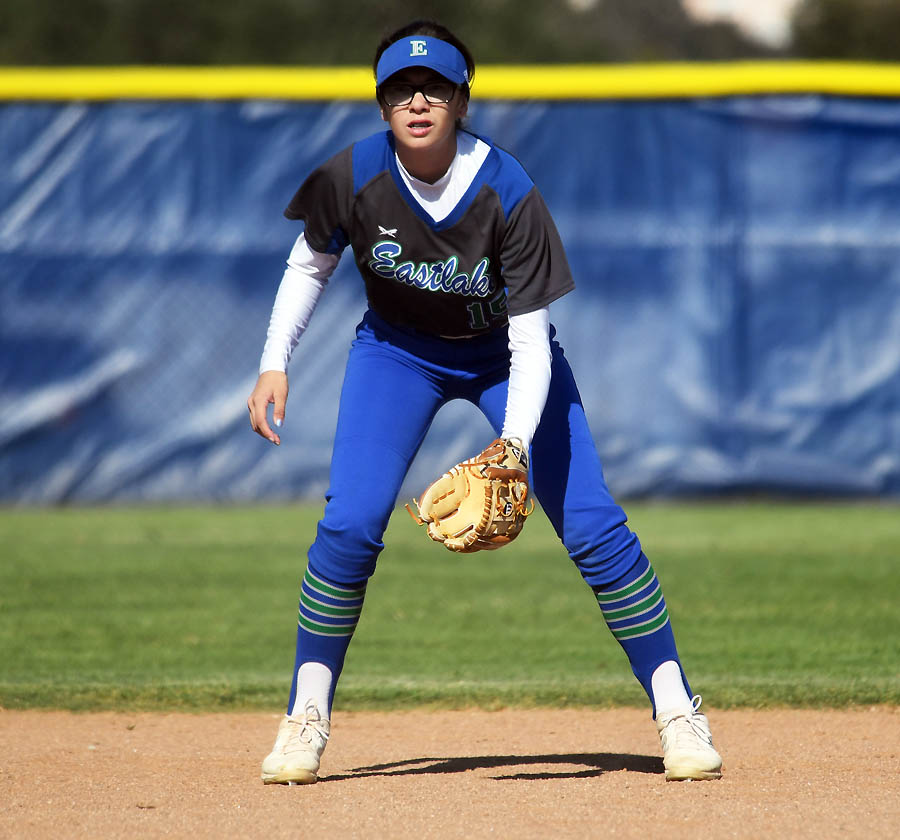 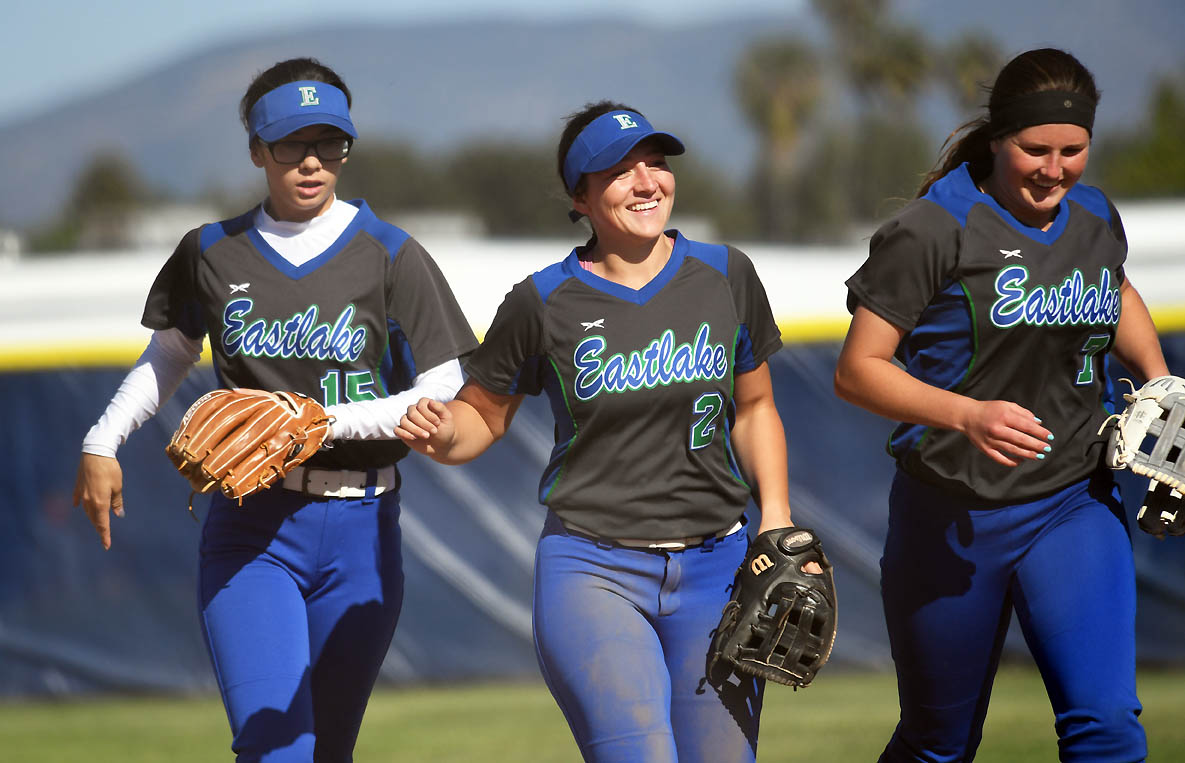 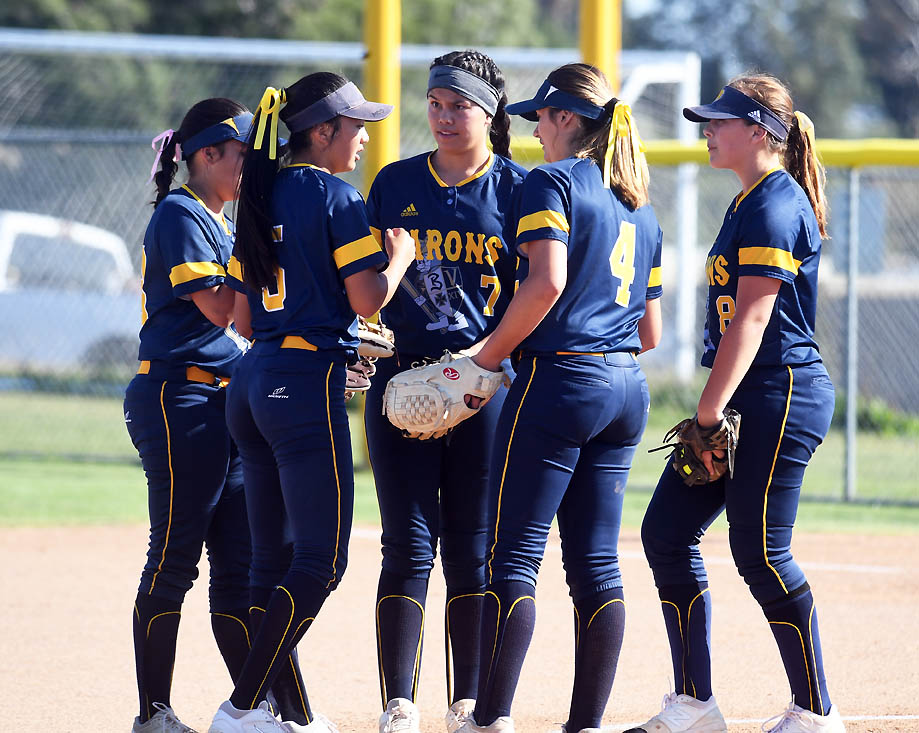 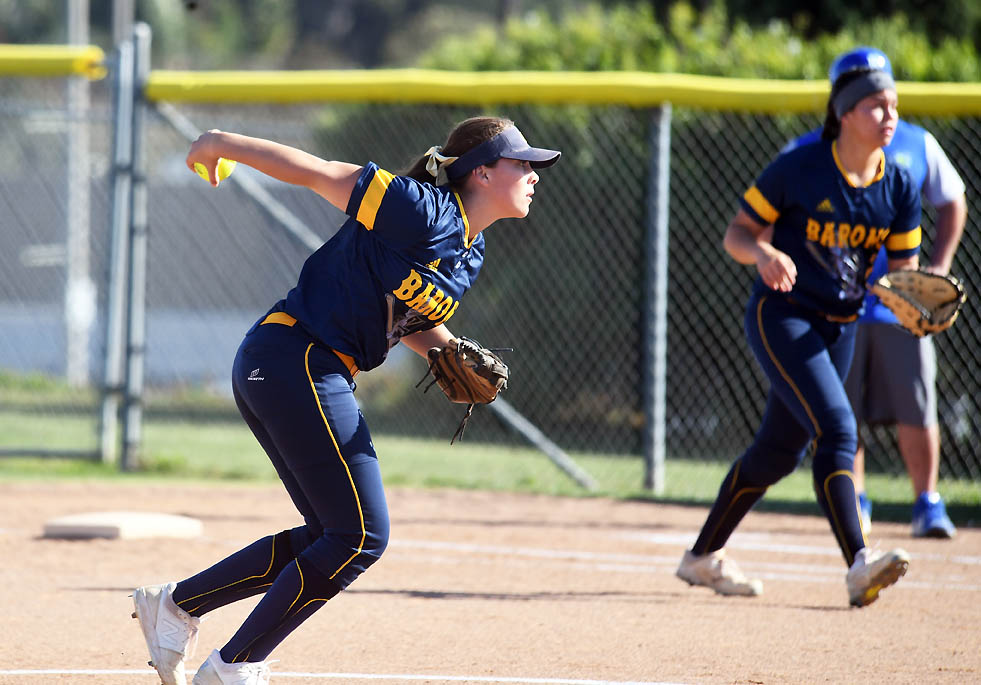 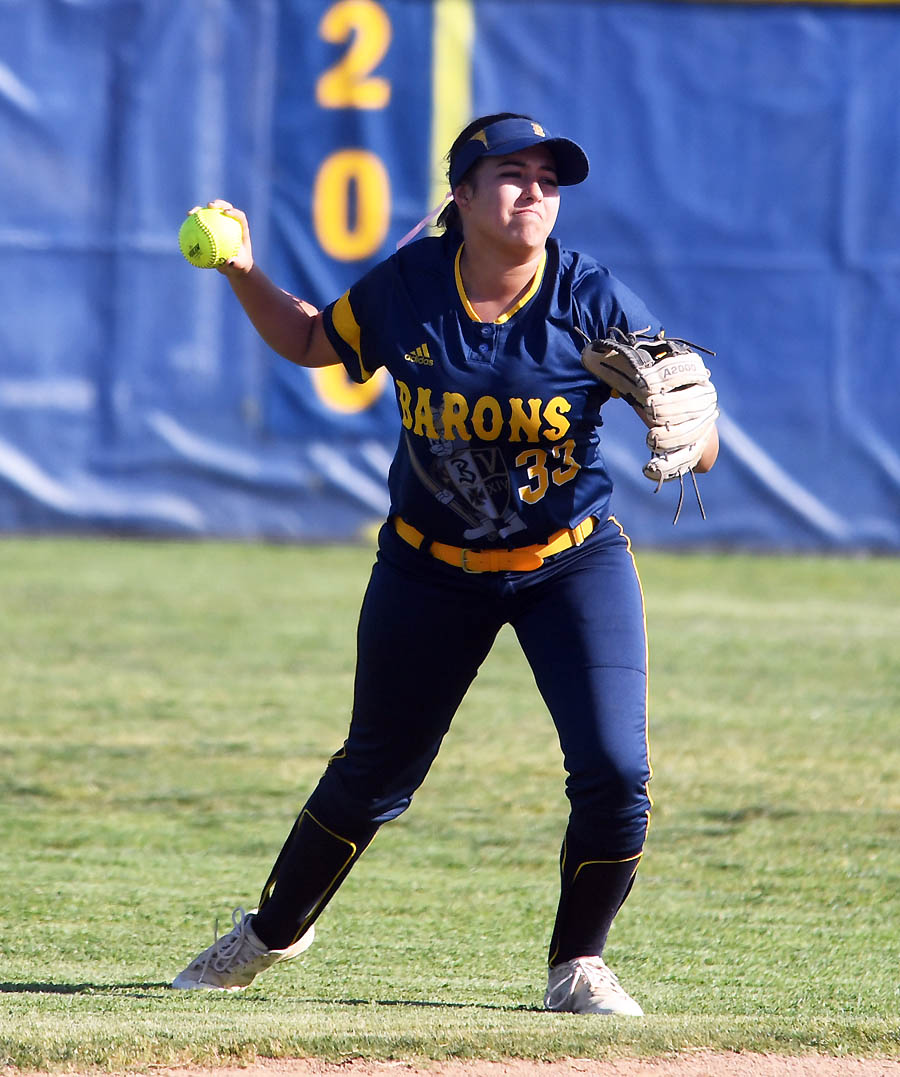 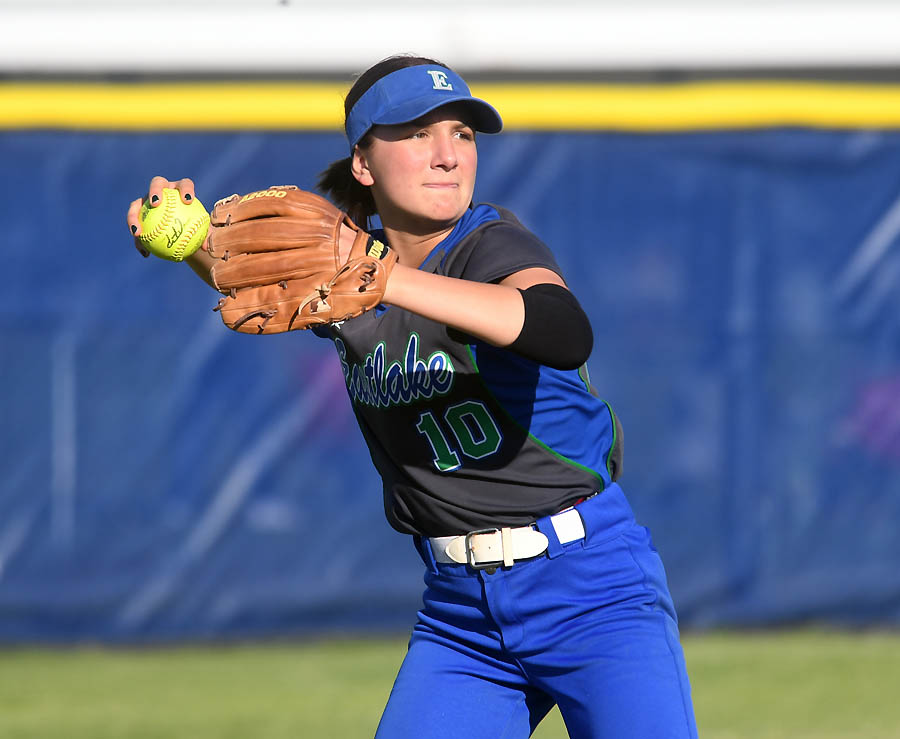 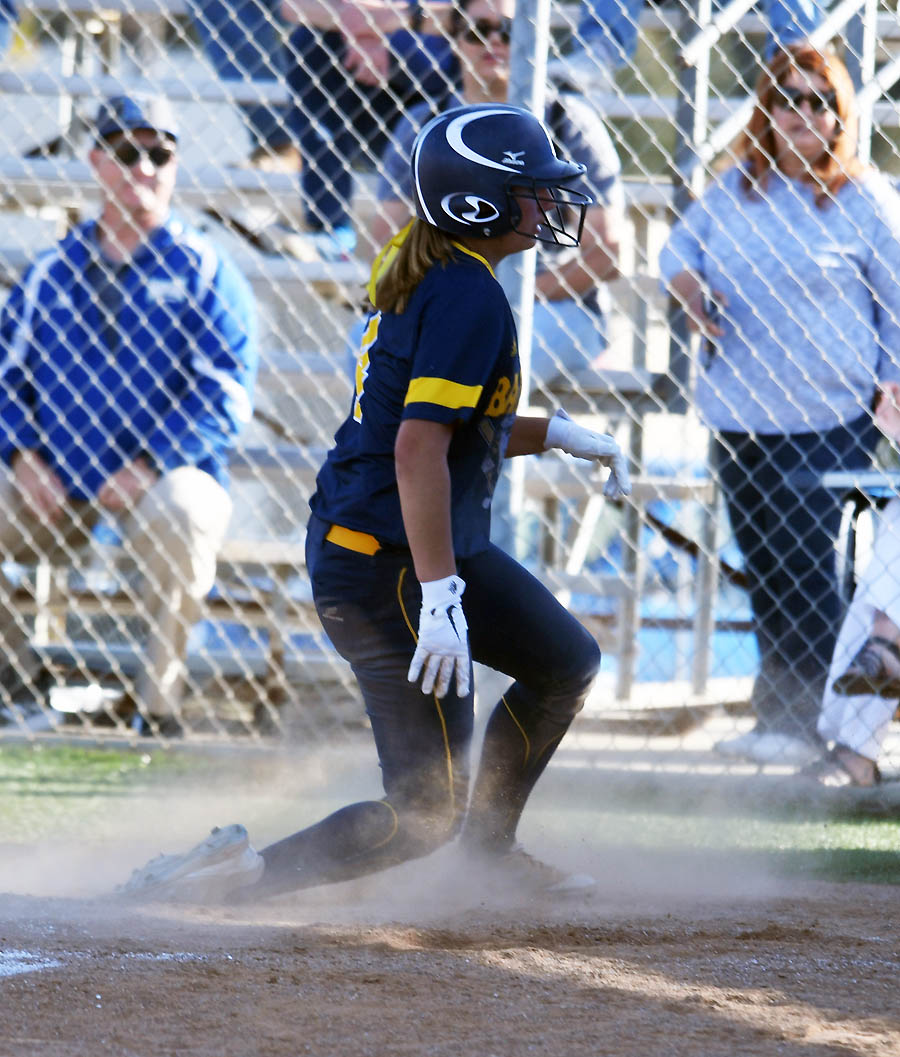 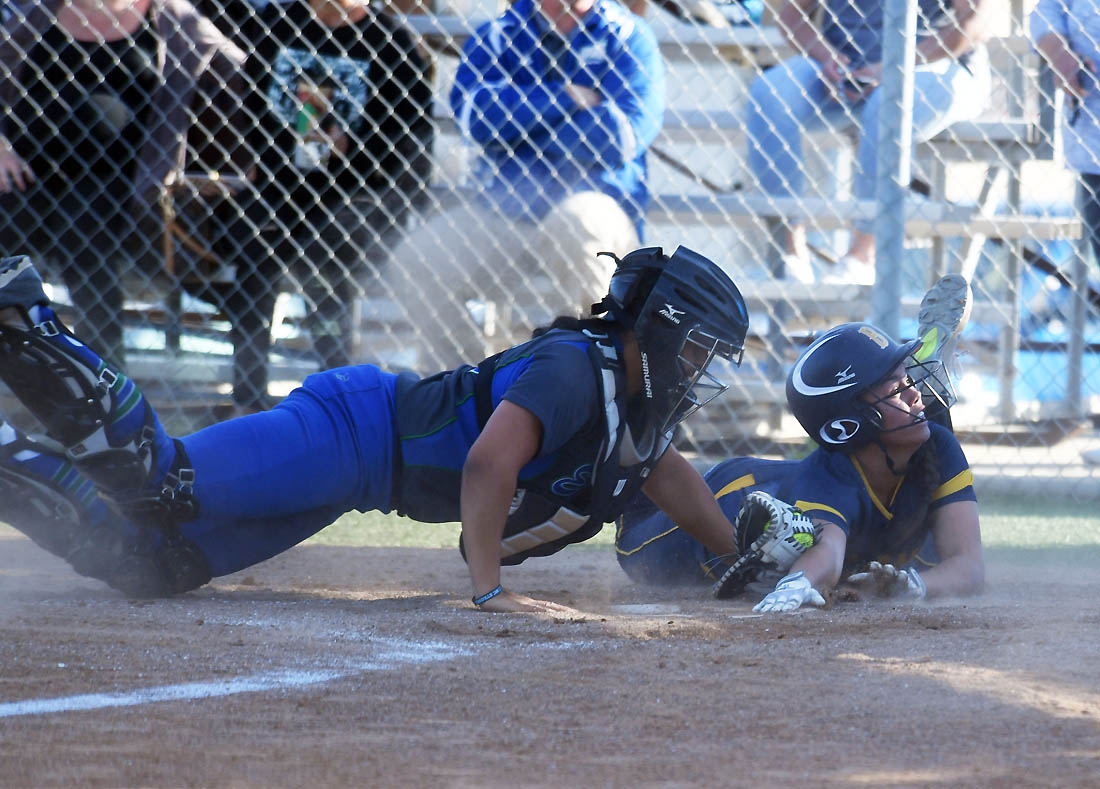