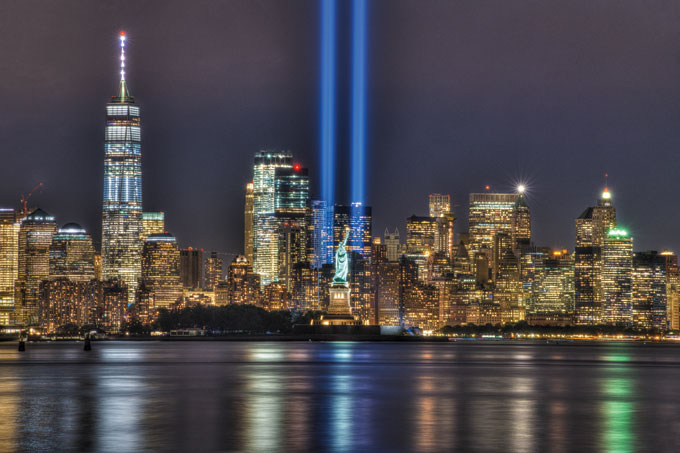 By the end of the morning the Twin Towers at the World Trade Center had collapsed. A total of 2,996 people died as a result of the terror attacks.
In 2002 a Tribute in Light art project was installed to represent the Twin Towers. The lights

have been illuminated Sept. 11 every year since to commemorate the attacks on the World Trade Center.

Across the country cities and communities host their own ceremonies and memorials.

In Chula Vista the Chula Vista Police Department is hosting a $150 per ticket fundraiser.

Evening with Heroes is from 4 to 8 p.m. Sept. 11 at the Easton Archery Center at the Chula Vista Elite Athlete Training Center, 2800 Olympic Parkway. The event includes a 9/11 tribute. For more information visit chulavistapolicefoundation.org/upcoming-events.

The USS Midway Museum at Navy Pier will be the site of a ceremony that includes honor guards, Presentation of Colors, pipes and drums, Tolling of the Bells, a 21-gun salute and a fireboat water display. The event begins at 2:30 p.m. Sept. 11 at 910 N. Harbor Drive. For more information visit midway.org/calendar-events/9-11-ceremony-2021.