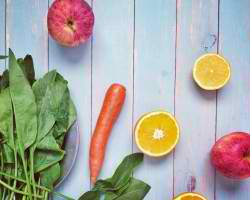 The month of November is all about pumpkin pie, turkey and bread rolls.

As appetizing as that sounds, health experts say it would be wise to lay off the sweets and carbohydrates as this month is American Diabetes Awareness Month.

According to the Centers for Disease Control and Prevention’s 2014 statistics, about 29.1 million people in the United States live with diabetes.

Diabetes is a group of diseases where too much sugar is circulated in the blood, leading to many health effects such as loss of vision, the shutdown of organs and, in severe cases, the amputation of a limb or death. People with diabetes are also at higher risk for heart disease, said Sharp Chula Vista dietician and diabetes educator Tiffany Rios.

There are three types of diabetes. Type 1 is when the pancreas does not produce insulin, a hormone that helps keep sugar out of  the blood and uses that sugar for energy, so it helps normalize the amount of sugar in your blood. With Type 1 there is usually a problem with the function of insulin.

With Type 2 diabetes the pancreas produces insulin but the insulin does not function properly.

Type 3 diabetes is  gestational and  occurs with pregnant women.

According to statistics kept by Sharp Chula Vista, 22 percent of San Diegans are obese with about seven percent of them having  diabetes, but over 27 percent of adults have pre-diabetes and don’t know it.

“One of the things people can do to prevent diabetes is to eat healthy and exercise,” said Rios.
Rios said eating healthy means consuming a lot of vegetables and cutting back and keeping track of portions when it comes to eating starchy foods like rice, pasta, fried foods and potatoes.

The American Heart Association says the average American diet has about 22 teaspoons of added sugar a day. Rios said a person should have more than 100 calories a day from added sugar.

She said it is important to eat balanced meals that has a mixture of protein, vegetables and the right carbohydrates.

In 2013, diabetes was the fifth leading cause of death in South County. In 2013, there were a total of  110 deaths in the South Bay according to statistics compiled by Sharp Chula Vista.

In 2013, there were 905 hospitalizations due to diabetes in South County. In the same year there were 912 diabetes-related emergency room visits.