It should be an exciting finish to the season, particularly for Olympian High School’s high-flying Eagles.

Olympian topped the field to win the team championship at last Saturday’s San Pasqual Invitational. The Eagles racked up 202 points to best runner-up Mira Mesa, which finished as the top challenger with 194 points.

“Our last tournament was in Los Angeles and it was at the national level,” said first-year Eagles head coach Jordan Griffin, whose team carried a 4-0 Mesa League dual meet into Thursday’s match-up against visiting Hilltop. “Our guys learned a lot of what they need to work on. They’re picking it up again.”

Overall, Olympian advanced six wrestlers to the finals in an impressive showing.

Griffin said the goal for his team is to peak at the upcoming CIF finals. 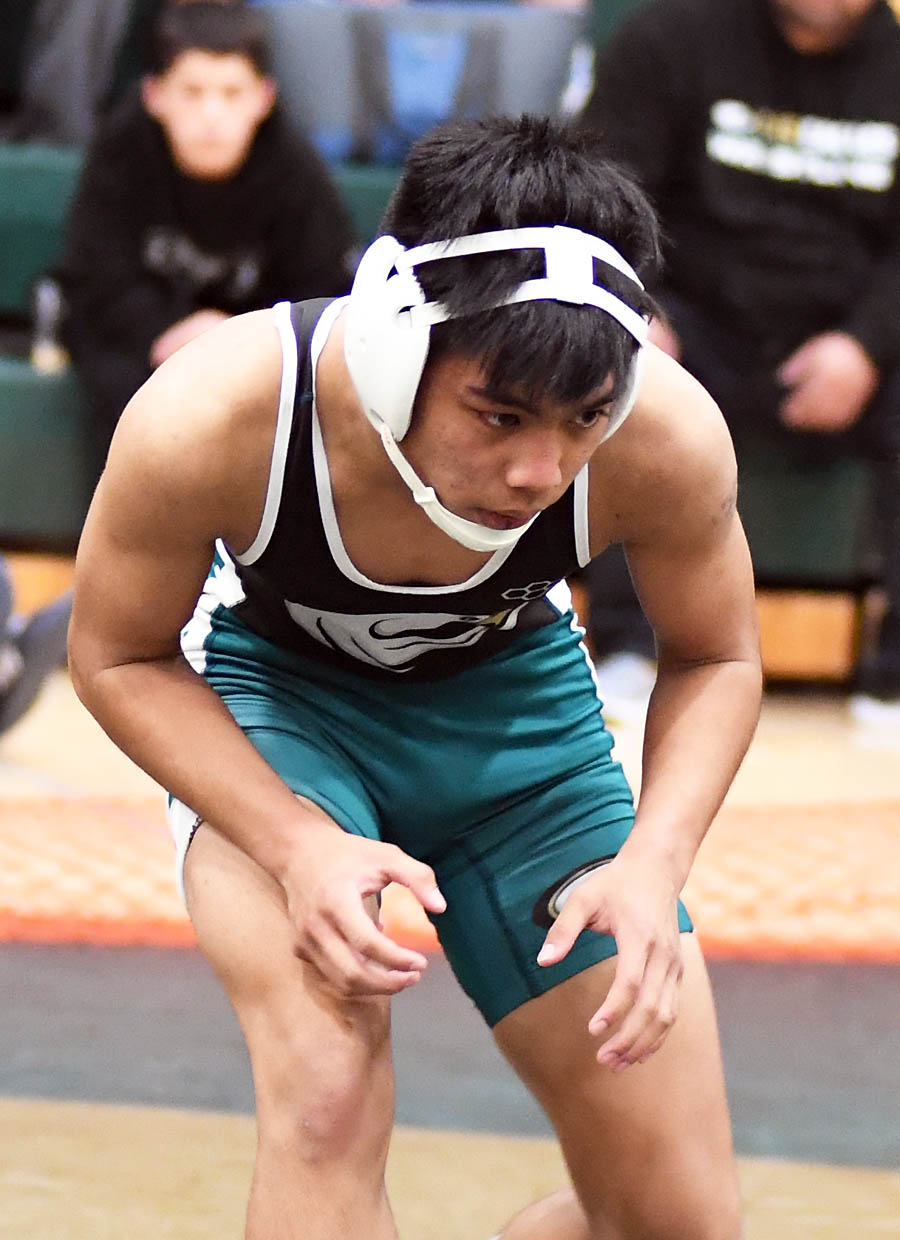 The Eagles look to have both the depth and talent to compete against the top teams at the Division I tournament.

Olympian sent a split squad to last Saturday’s Battle by the Beach tournament at Mar Vista High School and finished in fifth place out of 35 varsity teams, the highest place-finish among the 10 participating Metro Conference teams.

The Imperial Beach tournament, which is dedicated to the memory of the late Bud Harbin, served as a preview for the upcoming postseason tournaments.

Montgomery finished 17th in the team standings, second among local squads. The Aztecs advanced one wrestler to the championship round as Ruben Rodriguez finished second at 134 pounds following a 10-3 setback to Granite Hills’ Justin Carroll.

Ramirez finished 4-0 with three pins and a tight 3-0 decision over Scripps Ranch’s Ryan Bethel in the championship round.

Plascencia record a pin and two major decisions in five trips to the mat while Mancisidor recorded one pin, one technical fall and one major decision in five matches.

Otay Ranch’s Tyler Krecklow secured third place in his 147-pound division with four pins and a 5-3 overtime loss to Torrey Pines’ Mazen Idriss, the eventual runner-up in the weight class.

Chula Vista heavyweight Andrew Marquez recorded pins of eight and 17 seconds in winning a pair of consolation round matches.

Bonita Vista defeated host Hilltop, 66-13, in a Mesa League dual meet Jan. 23. The Barons lost the first match by forfeit and the last match by injury default but won all 11 intervening matches, including eight by pin, to roar on the mat.

Neither team fielded a wrestler in the 197-pound weight class.