The growth of high school girls wrestling within the San Diego Section is made apparent by the need for two divisional tournaments and a separate state-qualifying event this season.

Previously, a single tournament served as the divisional championship and state-qualifying event.

The growth of girls wrestling can also be attested to by the increasing number of gender-specific regular season tournaments.

Clairemont topped the chart with 119 points, followed by Valley Center with 114 points, Eastlake with 80 points, San Pasqual with 78 points, West Hills with 77 points, Rancho Buena Vista with 75.5 points, Brawley with 70.5 points, Hilltop and Mar Vista with 70 points and Steele Canyon with 65 points in 10th place. 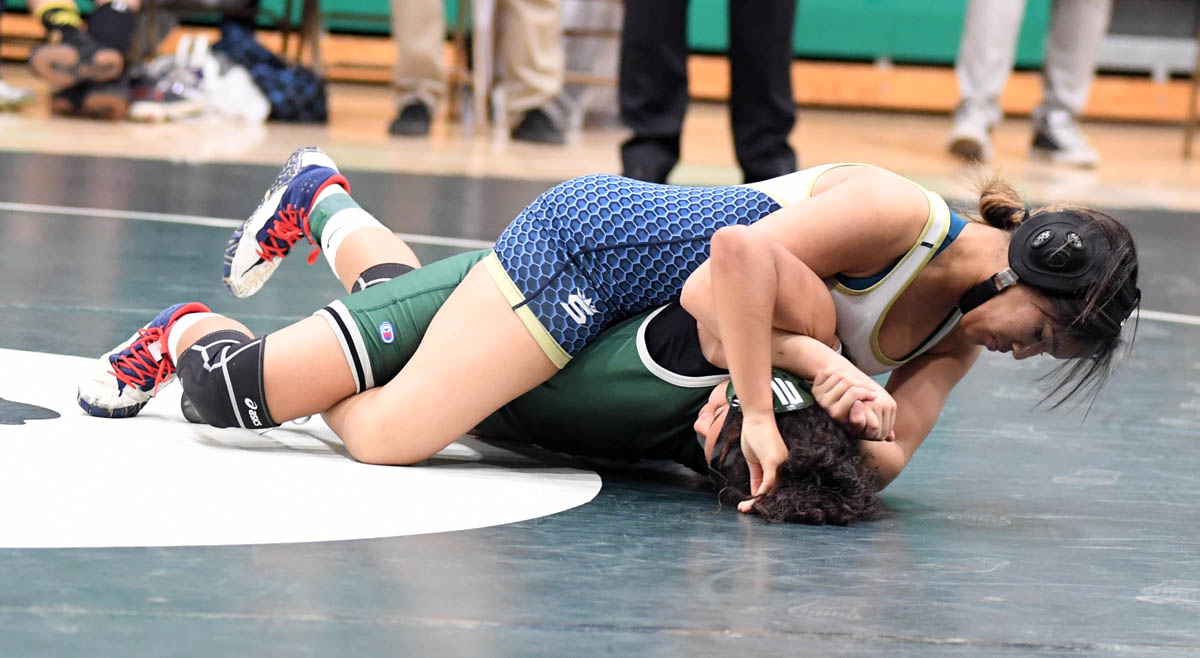 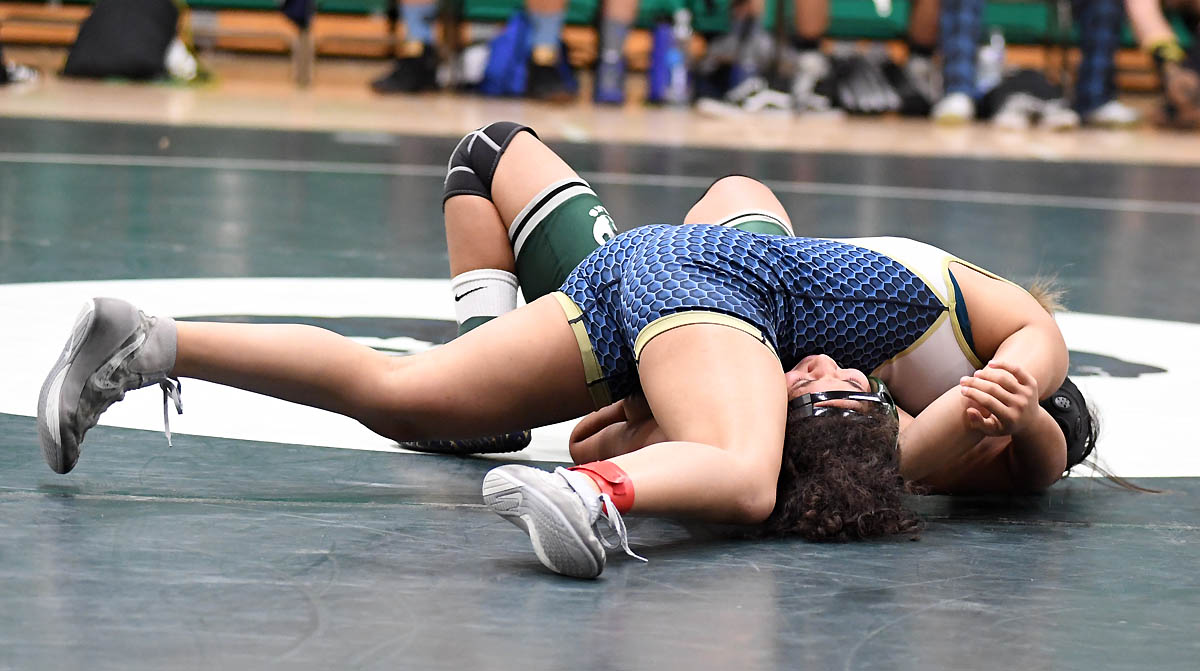 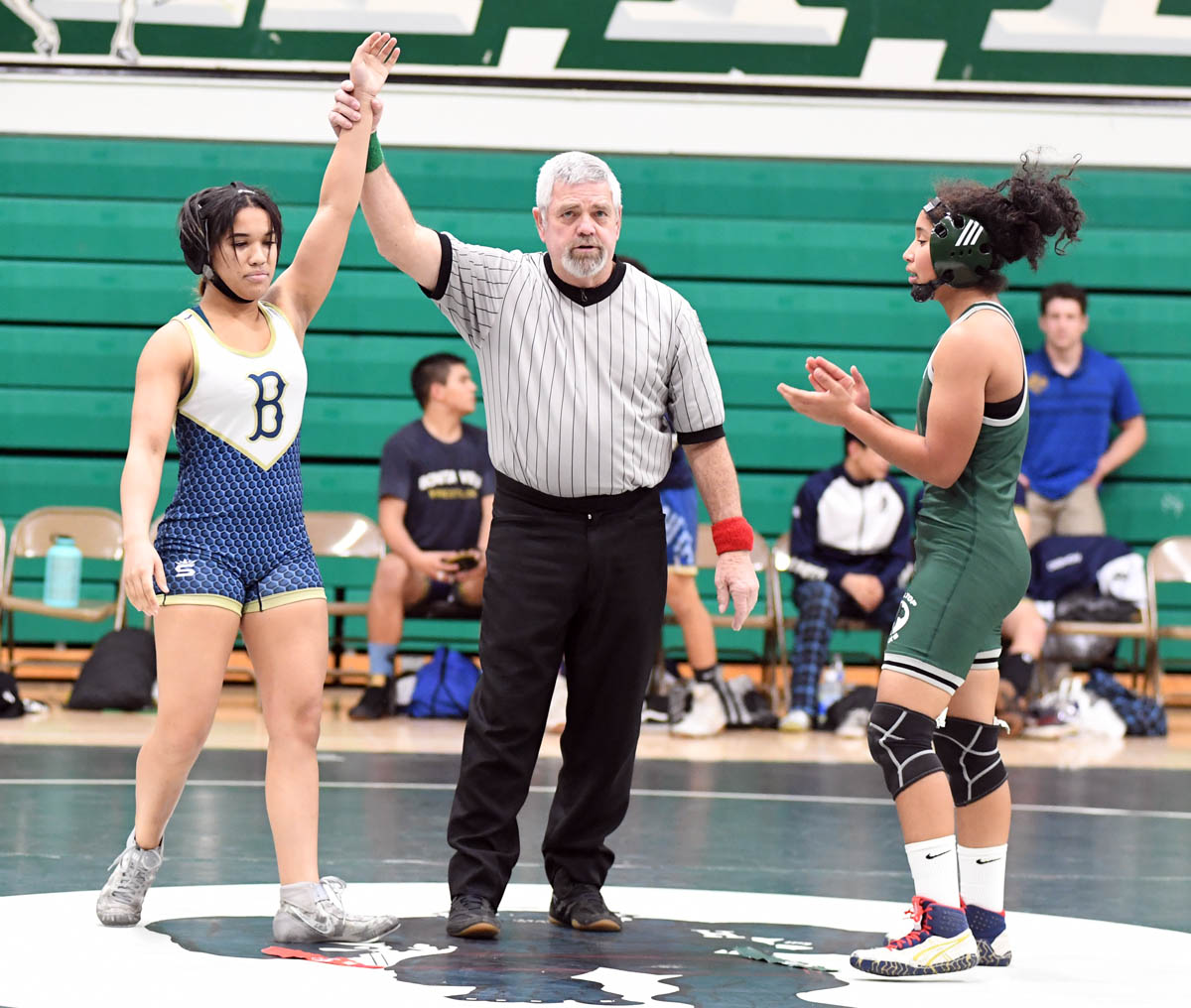 Rodriguez won her finals match by a second-period pin.

In a show of diversity and depth, wrestlers from 10 schools won gold medals. Overall, 18 schools were represented in the finals.

As another signal of growth, the Metro Conference will hold its inaugural championship tournament on Friday, Jan. 31, at Montgomery High School. About 80 wrestlers are expected to compete – on par with the entire CIF tournament field about eight years ago.

DeGuire, a defending section champion, could be in line to become Olympian’s most decorated female wrestler. She currently has a 20-2 record with 19 pins and is looking to chart a return trip to the state meet, which should be a little more challenging with the new postseason qualifying format.

The top four place-winners in each weight class at the two divisional tournaments will advance to the Masters tournament.

The top three place-winners at the Masters tournament qualify to compete at the state tournament Feb. 27-29 in Bakersfield.

The top four place-winners in each weight class at the two divisional and Masters tournaments will be awarded medals.

Hilltop looks to make a dent in the team standings with more than 20 wrestlers on its team.

On an individual note, Castle Park’s Jasmin Rodriguez has set a single season school record with 20 wins. In fact, the Lady Trojans have four grapplers who have combined for 50 wins. Rodriguez is 20-9 while Fernandez is 13-4. Aguilar is 13-8.