Running in the rain certainly didn’t prove to be an obstacle for both the Eastlake and Hilltop high schools girls cross country teams. Both local squads hurdled the competition on the wet grounds at Chula Vista’s Rohr Park to capture their respective divisions in the annual Ian Cumming/Tim Latham Invitational.

Hilltop certainly showed why it could be considered a favorite in its league this season after scoring 29 points to finish on top of the girls varsity Red Devils Division. The Lady Lancers out-distanced runner-up Oceanside by 18 points in the scoring column.

Eastlake proved impossible to beat by placing the top three individuals in the 2.5-mile race: freshman Jaelyn Williams (first, 14:42.9), senior Amanda Challburg (second, 15:51) and sophomore Thalia Stach (third, 15:22.3). For good measure, the Lady Titans added junior Galia Salazar (sixth, 16:05.8) and junior Vanessa Vuong (eighth, 16:26.9) to place all their five scorers not only among the top 10 finishers, but among the top eight finishers in the 73-deep race.

“Last year we thought we had the team to make it to the state meet but we didn’t perform at the CIF finals like I thought we would,” EHS coach David Koopman said. “With four returning from last year, we should be in the running again for state. Our junior varsity was good last year, so a couple of those girls have made the transition. We have our strong ninth-grader who won the Vaquero meet.

“Our goal is to be better than last year. I think if they run to their ability, our expectations are to win league and advance to state.” 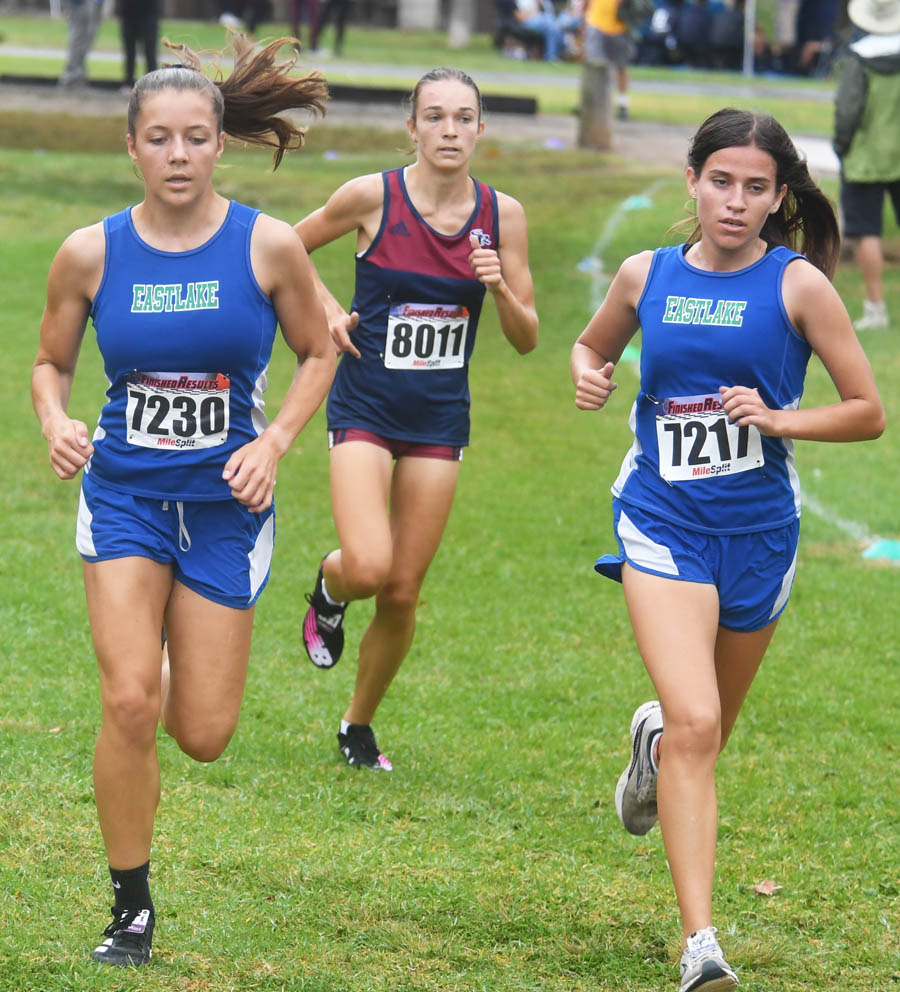 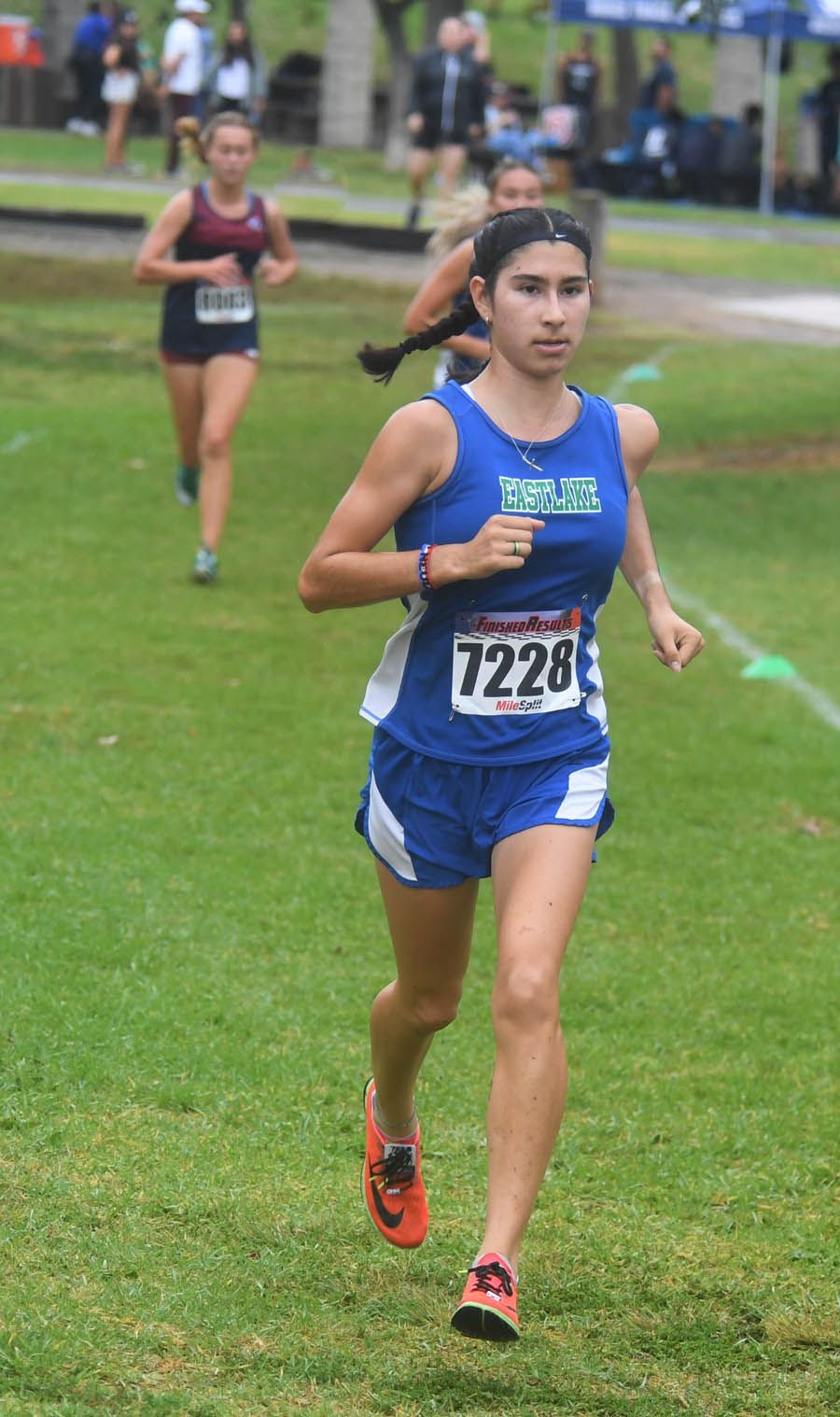 Challburg has been the leader in the past but now finds herself chasing underclassmen on the course. Vuong won last year’s Mesa League individual championship but finished as the team’s No. 5 runner last Friday.

Williams finished 33 seconds ahead of Challburg, running away from the field early.

Point Loma finished third in the Mustangs Division standings with 124 points, closely followed by Bonita Vista in fourth place with 129 points. Our Lady of Peace finished fifth with 136 points, followed in sixth place by Otay Ranch with 144 points.

Hilltop finished shockingly good in the next race. The Lady Lancers placed all their five scorers among the top 10 place-finishers.

Sophomore Caroline Villalpando finished fourth in 17:45.1, followed by senior Tamara Cornejo in fifth place in 17:46.5. Jump down to spots and sophomore Abigail Costello was seventh in 18:12.5, followed by classmate Giselle Ornelas in eighth place in 18:13.6. Junior Analee Martinez placed 10th in 18:23.5.

“We decided to take a different approach with the girls toward practicing and getting our program going,” Hilltop girls coach Nancy C. diBernetto said. “We have a more conditioned group.”

Forty-five teams participated last Friday. Teams from the Imperial Valley were unable to attend because of the inclement weather. The top 35 place-finishers received medals.

“Every race started on time,” said Otay Ranch coach Julian Valdez, who served as co-event director. “A lot of kids got medals and good times.”

Shorey timed 15:27 to place 10th in the preceding Canyon Crest Invitational race while DeVore was 19th in the invitational girls field.

“As for the boys, last year’s Division I field was loaded and this year it’s even better.” 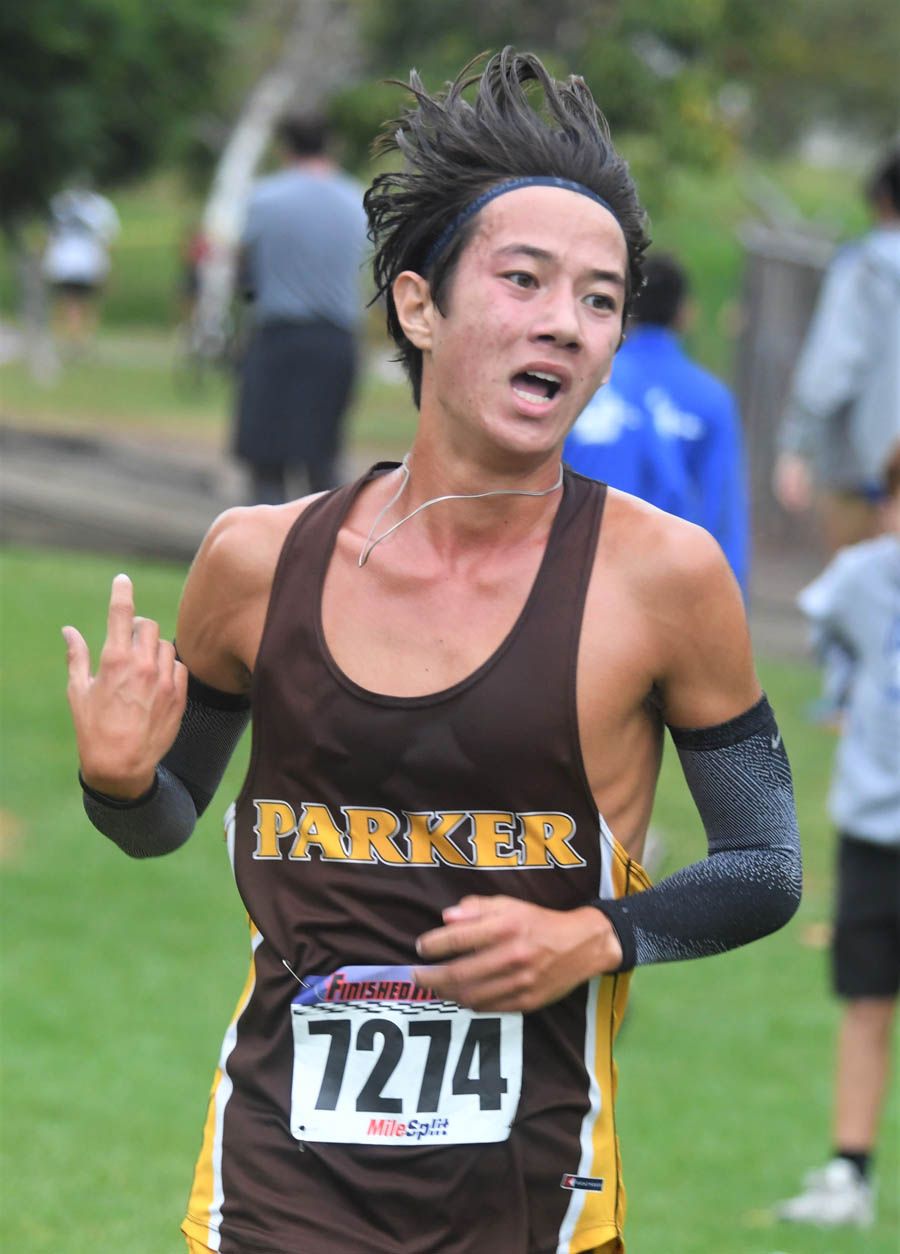 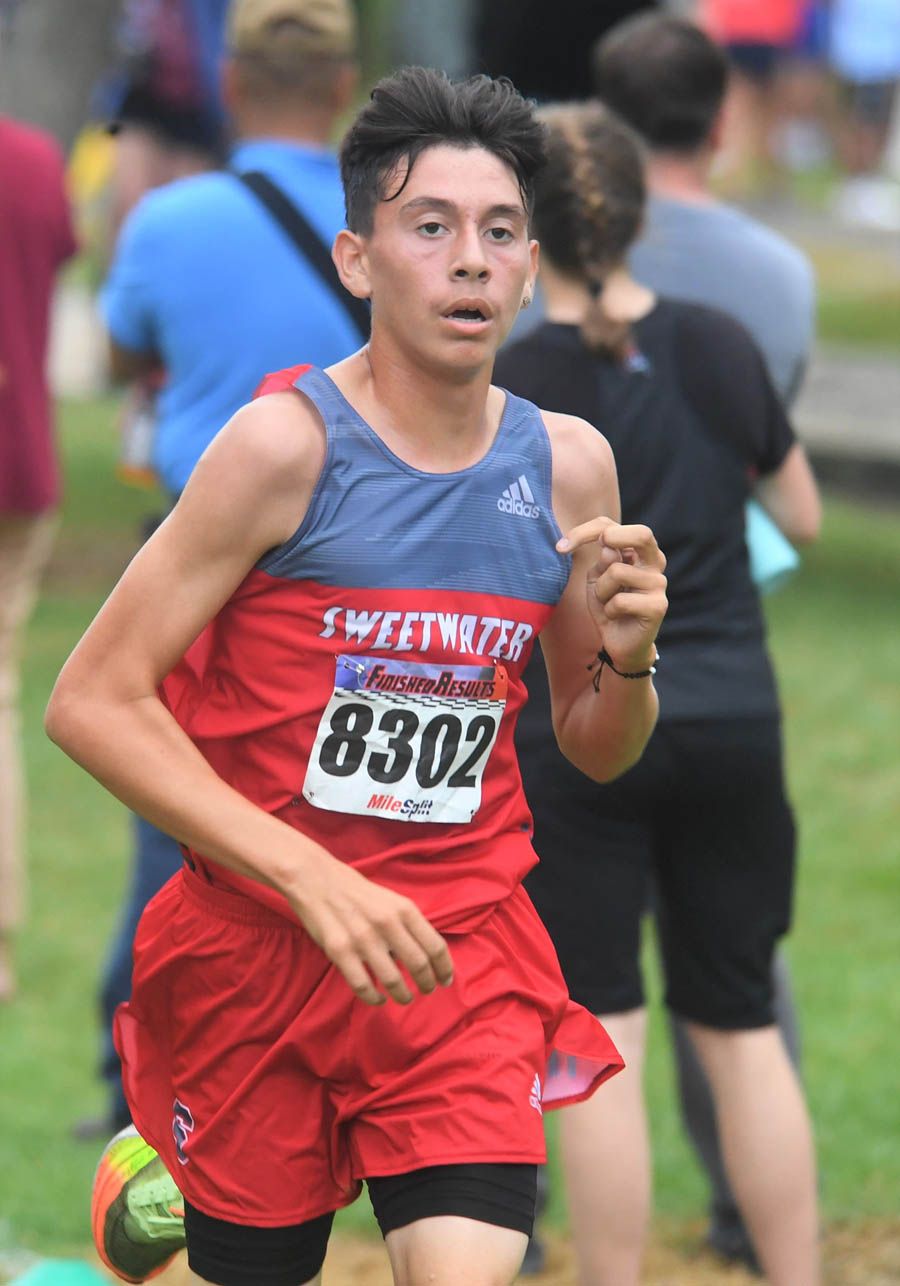 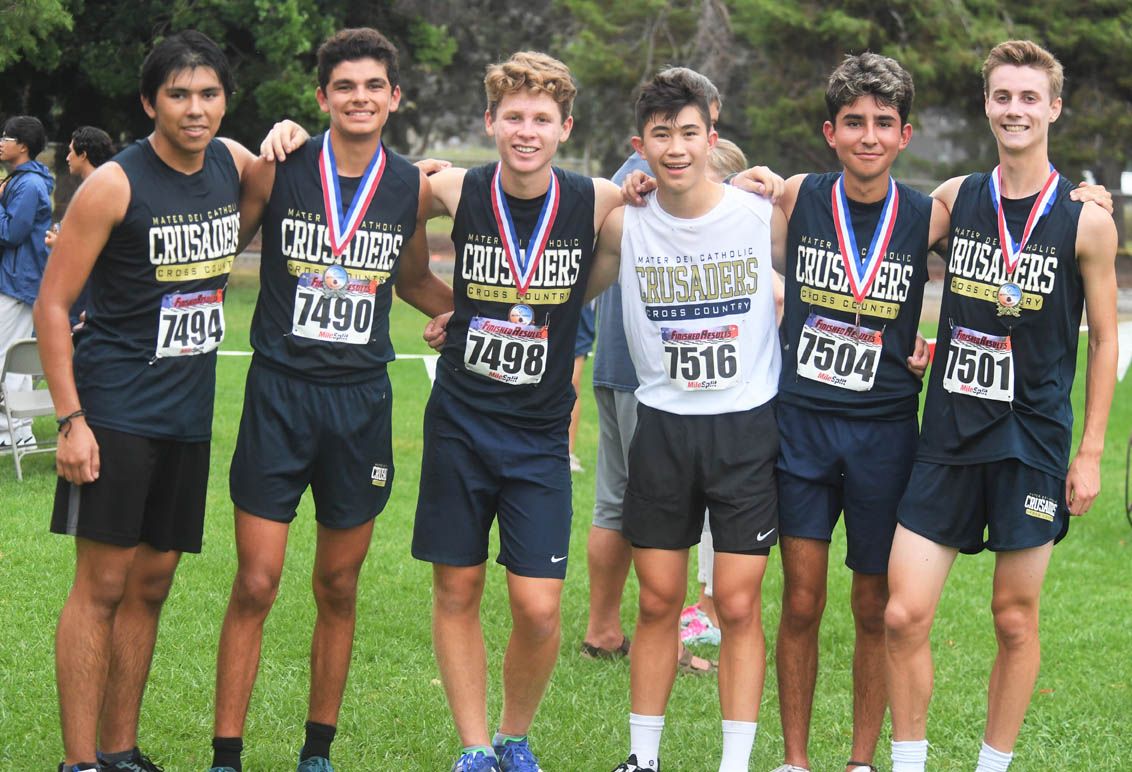