Alejandro Guido’s first goal of the young 2022 USL Championship season was not only the game-winner in the San Diego Loyal’s 3-2 win at the 2020 league finalist Phoenix Rising last Saturday but it also broke Phoenix’s 22-match unbeaten home streak.

Guido’s late game heroics earned him a berth on the USL Championship’s Team of the Week for Week 3.

It was the first goal of the 2022 USL Championship season for Guido, who was also wearing the captain’s armband for the first time in his SD Loyal career.

Guido’s score was the type of goal that could be in every highlight reel. The Chula Vista native blasted a right-footed shot in the 76th minute after finding a window of space. He dribbled up field before defenders closed in and fired his shot, blasting it into the left wall of the Phoenix net past goalkeeper Ben Lundt.

Guido is no stranger to USL Championship honors. The midfielder was named to the Team of the Week several times in 2021, including back-to-back weeks in October. He has been a key part to a fast start by coach Landon Donovan’s team this season.

Guido finished his third start of the season completing 61 of 72 passes and winning 12 of 15 duels.

SD Loyal’s third goal came after it had allowed Phoenix to recover from a 2-0 deficit following goals from the visitors by Evan Conway (38th minute) and Kyle Vassell (45th minute into injury time) in the first half.

Conway, who came on for an injured Jack Metcalf six minutes into the match, scored after dribbling through defenders, shaking them off and firing a low rolling shot off the lower part of the post and into the net. Vassell scored his first goal with the Loyal (3-1-0, nine points) when he tapped in a Thomas Amang low cross. Vassell had a defender on his back. It didn’t matter. The Englishman put it in the net for his first goal in the USL Championship.

Phoenix Rising (1-2-0, 3 points) scored both of its goals in a span of four minutes. It cut the SD Loyal lead in half with a goal by James Musa in the 66th minute. He headed in a cross by Aodhan Quinn after he out-jumped SD Loyal defender Elijah Martin. Luis Seijas scored the other goal for the hosts to tie the match 2-2 in the 71st minute.

Donovan’s squad finished its first road trip of the season 1-1 with three points after a 1-0 loss at FC Tulsa on March 23. The Loyal will now return home to face El Paso Locomotive on Sunday, April 3, at 2 p.m. at the University of San Diego’s Torero Stadium.

Women’s soccer
The San Diego Wave came up short by a score of 1-0 to the Portland Thorns in its first home match last Saturday at the University of San Diego as part of the National Women’s Soccer League’s preseason Challenge Cup.

The Wave fell on a first-half goal by Sophia Smith in front of a sellout crowd of 6,000. 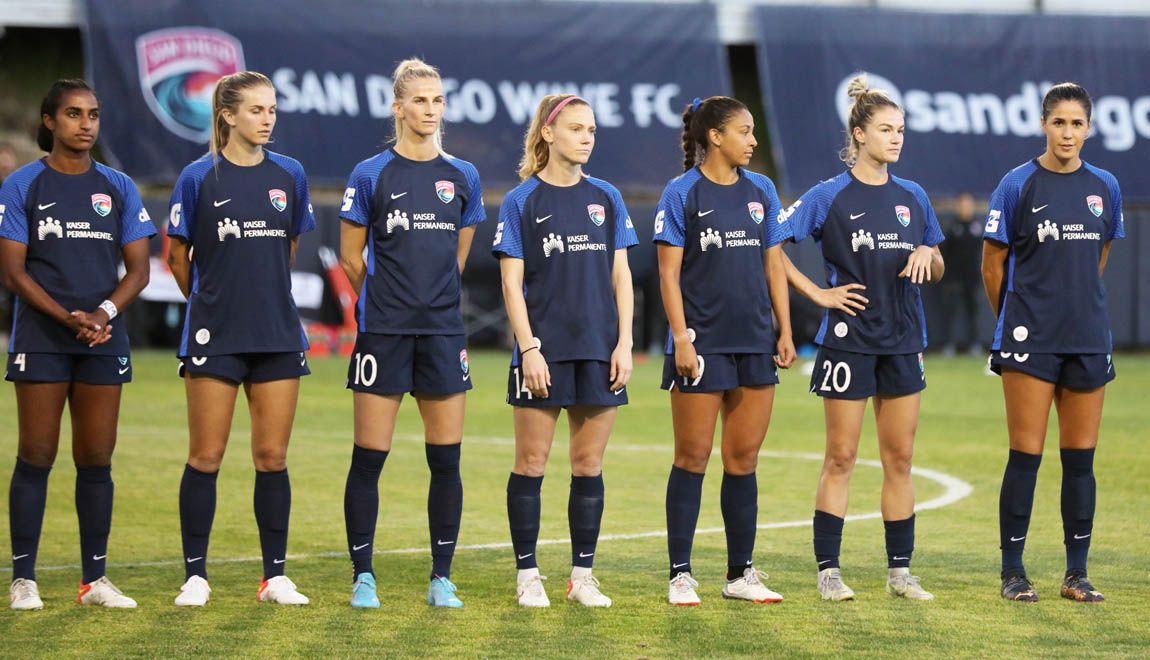 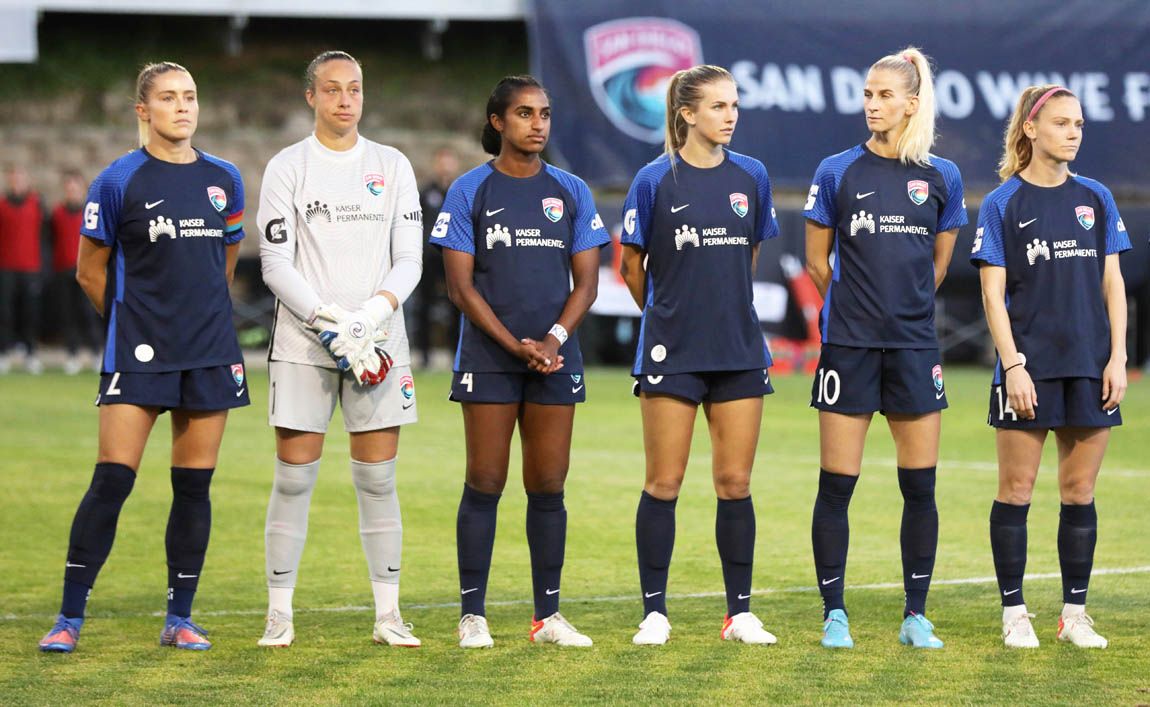 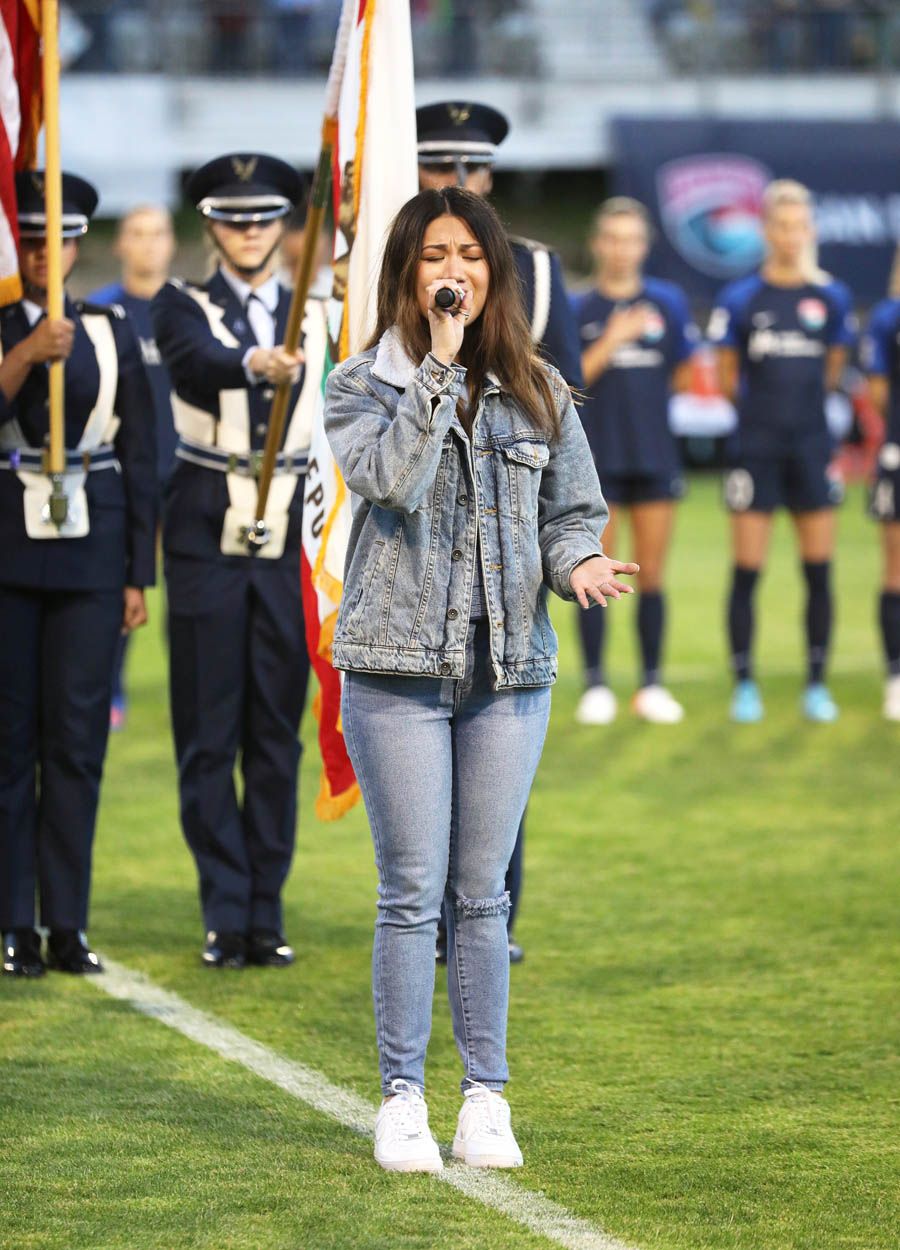 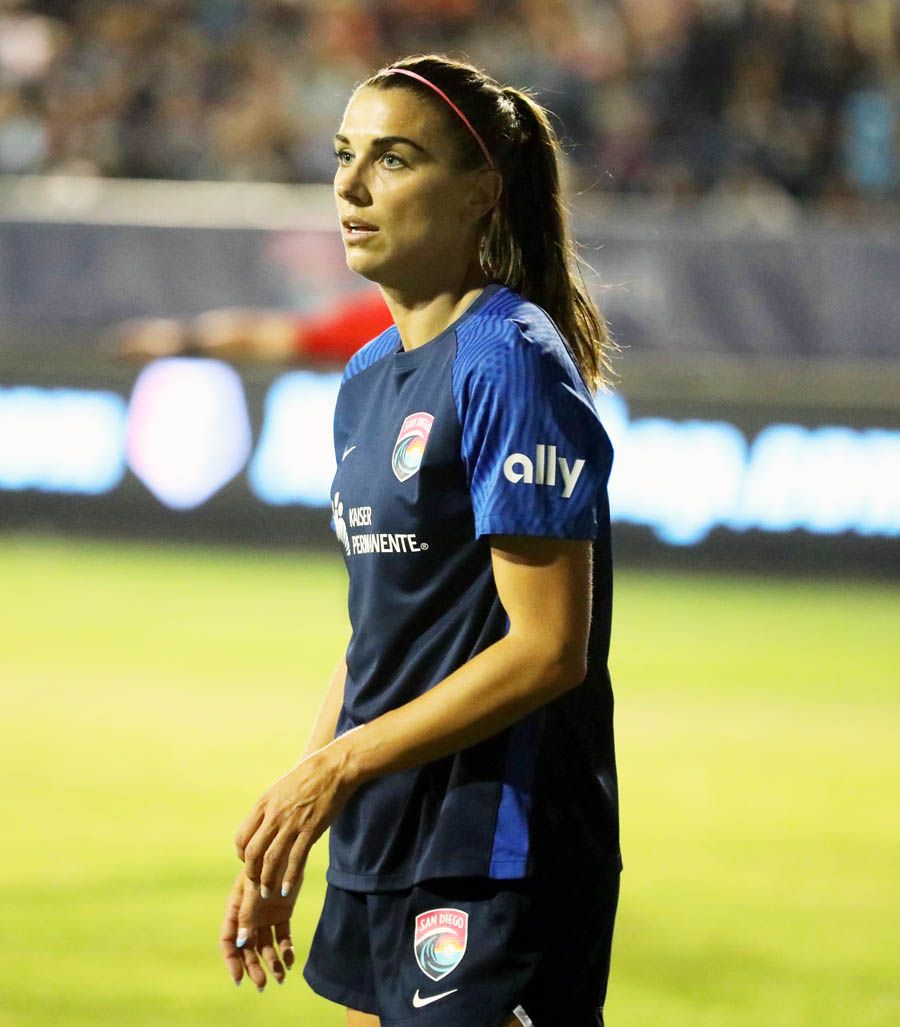 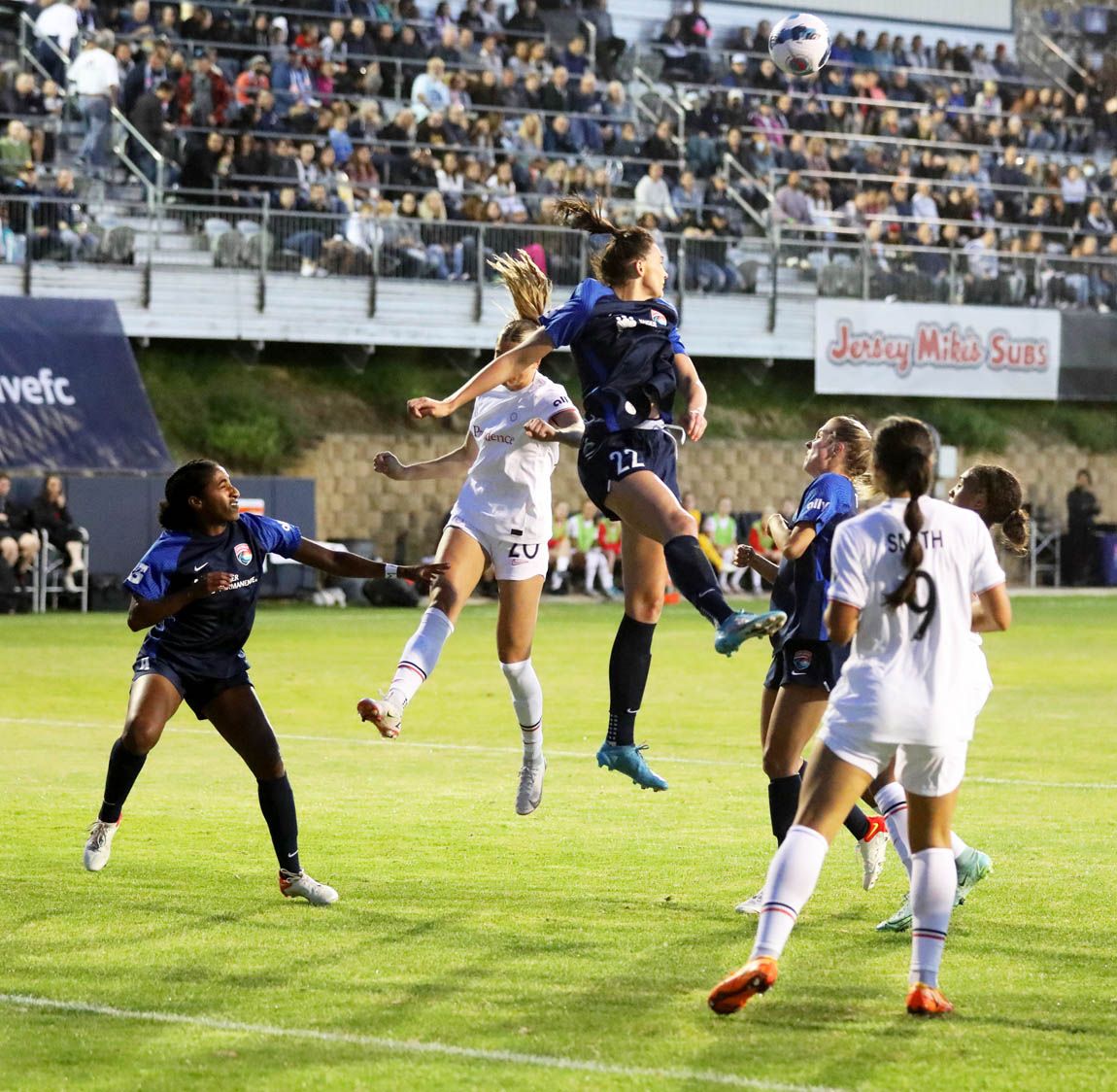 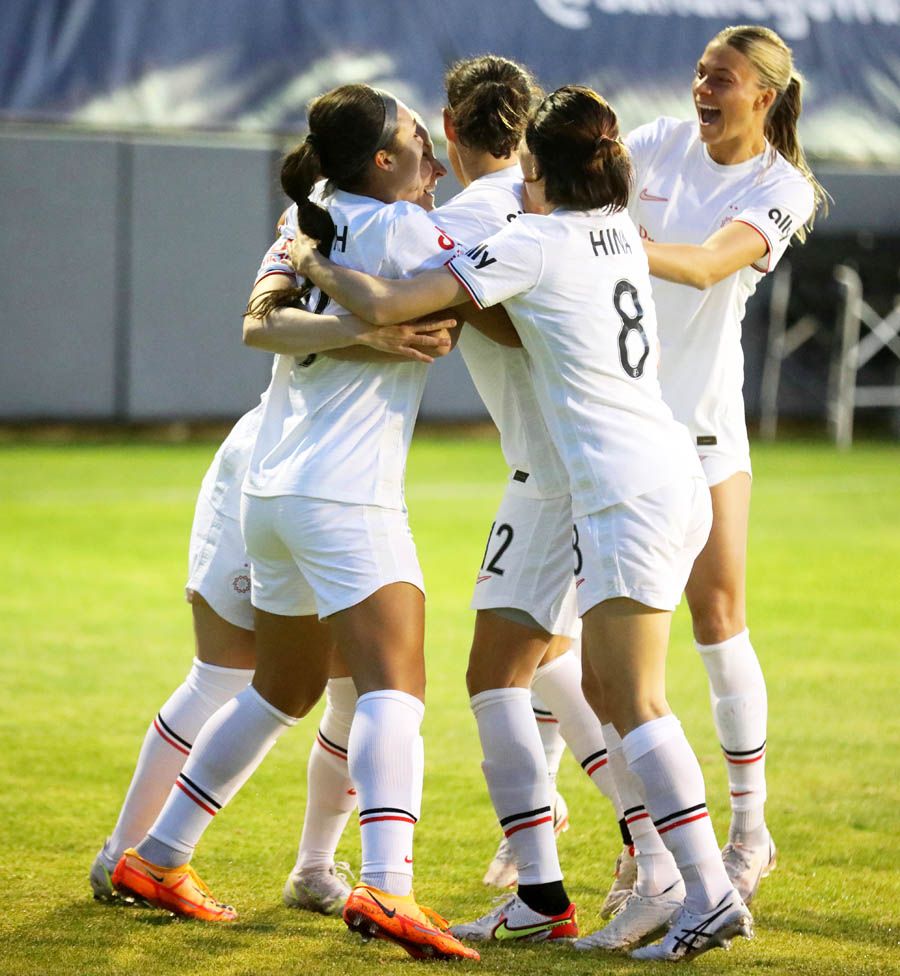