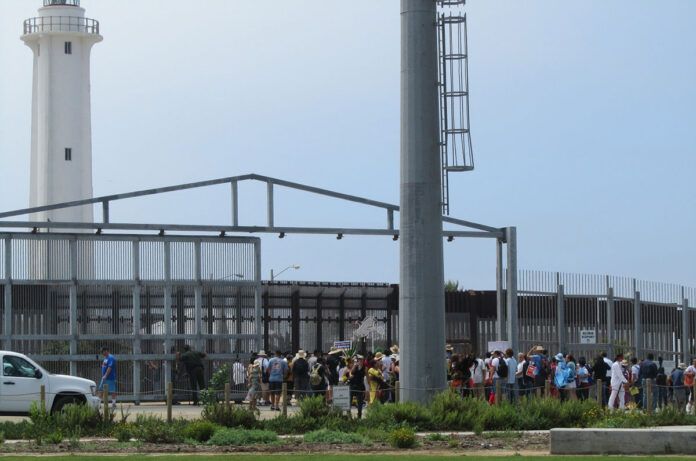 Chula Vista City Council unanimously approved the signing of a letter drafted by Mayor Mary Casillas Salas, supporting Friends of Friendship Park to the Department of Homeland Security in support of maintaining public access at International Friendship Park. The park was inaugurated as a California State Park by First Lady Pat Nixon on Aug. 18, 1971.

Sitting atop Monument Mesa, overlooking where the border wall dives into the Pacific Ocean, the park is accessed through California’s Border Field State Park on the U.S. side and the Tijuana neighborhood of Playas de Tijuana, until 2006 when the U.S. federal government took the land by eminent domain from the state, and after waiving dozens of laws intended to protect public spaces, constructed a system of walls across the face of Friendship Park.

Partnerships for Success Prevention Specialist Florida Hernandez said one of its priorities is access to safe parks and green space as they play a critical role in the health of community.

“Building a wall in Friendship Park jeopardizes just this,” she said. “The border will continue to sever familial ties, continue to breed mistrust towards institutions, promote a message of fear towards our southern neighbors, and continue to cost lives.”

Hernandez said the wall will reenforce U.S. Customs and Border Protection in separating families in South Bay and border residents rather than being seen as a valued  partner.

“Institute for Public Strategies and Partnerships for Success encourages the Chula Vista City Council to advocate for the accessibility to Friendship Park so that it can continue to supervise binational relationships,” she said.

Council member Jill Galvez said that like the Berlin Wall, the wall at Friendship Park is designed to sever ties.

“It was a place for people to reach through and touch each other with their fingertips, and site where we have had international concerts, vigils and prayers, and it has held a special place in the heart of our community for more than 50 years.”

Galvez said the park has been closed for a couple of years now and there is no access to see what the conditions are at the current wall at the park, but that the fence is being replaced. Galvez the construction of this wall would forever change the purpose, ability and meaning of Friendship Park.

“It is imperative in my opinion that we ask the Biden administration and the Department of Homeland Security to ensure that there is in the new redesign of that wall, that there is public access. That is very important to us culturally, intergenerationally. It has been heartbreaking knowing over the past two years that loved ones who are separated by COVID restrictions or anything else, were unable to go to the park and see their loved ones.”