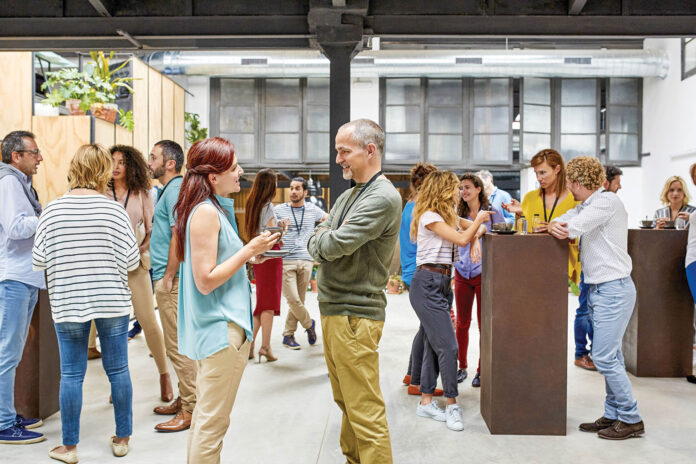 The county of San Diego has been holding a series of workshops about plans to reduce emissions across solid waste, water, energy, agriculture and the transportation sectors in unincorporated areas. On July 19, planners hosted the agriculture component workshop with fewer than 20 participants, yet still managed to gather feedback from county residents.

San Diego County Land Use and Environmental Planning Manager Meghan Kelly said getting people to the meetings is the first step in garnering feedback from county residents.

The county started in earnest with email and online outreach on this project at the beginning of 2021 and has already held about 10 workshops since then with varying degrees of participation, Kelly said. Typically, a smaller meeting yields 10-15 participants while the largest draw about 120 residents.

Since then, she said, they’ve held some in-person events as well as some which shifted online and others which were entirely postponed.

“Also, we sometimes get groups which ask us to provide presentations and those are well attended like the climate action group SD350, they’re usually really lively with lots of back and forth conversation,” Kelly said.

Collating information is another “big effort” she said, with different recorded files for every meeting, accompanying notes and poll results.

“We record everything into an outreach database where we code it for different emission sectors. The highest number of comments we get are usually about equity components,” Kelly said and they’re usually about equity components that factor into multiple emission sectors.
Once the county is finished with this round of workshops, she said, they plan to create a public facing document as well as a more detailed internal version planners can use in deciding how to implement policy.

“We think about how the input could work into the climate action plan, like could we offer an incentive, or how we can offer a particular incentive so it reaches the intended population. After every event we spend time and summarize feedback then look forward to the next draft of measures to see where we can work the information in,” Kelly said.

Actualizing behavior changes is a challenge, Kelly said, and understanding the reasons why people behave as they do is integral to developing a climate action plan that will work for county residents.

“How do we get to a behavior change? For example, let’s say we want to reduce transportation emissions— one way to reduce those emissions is getting people not to drive as much but another is to encourage them to transfer to electric vehicles. So, how can we incentivize and encourage people toward those EVs, knowing we’re not going to get everyone to stop driving? We can’t force people to stop driving but we can work on making driving cleaner,” Kelly said.

Organizers, she said, hear “a lot of information from people who don’t live or work in an unincorporated community” but still want to have a say in county development.

“Regardless of where someone lives or works… I wouldn’t say we weigh the feedback differently based on where you’re from or who someone represents. When we do come up with strategies to address concerns, we really try to be intentional with everyone, get down to the ‘why’ behind their feedback,” Kelly said.

For example, she said, when they hear positive comments about solar energy from many people in one area, that prompts them to look at why that feedback is strong.
“Is this area talking about solar because of the price of energy, or is it something else,” Kelly asked.

Additionally, mandates are handed down from both the federal and state governments, yet there is room to decide how to meet those mandates. Although the state is “ambitious and aggressive with setting greenhouse gas regulations,” Kelly said, it is also very broad in advising how to meet climate action goals at county level.

“We’re able to take those broad mandates and figure out how we put them into action. Even though the state says we’re going to reach a certain target by 2030 or 2045, they rely on local governments to decide how they’re going to get it done, which is why it’s so important to get feedback from unincorporated areas,” Kelly said.
Apart from those factors, the effects of the COVID-19 pandemic have to be acknowledged.

According to county data, the 2018 climate action plan measures initiated in 2020 reduced the equivalent of 160,743 metric tons of carbon dioxide, however the increased number of residents working from home could have skewed that statistic.

It is during those meetings, which don’t always see high attendance, that county planners decide “how to take those broad regulations from the state and make it local” with policies which directly affect residents.