Ammar Campa-Najjar is running for Chula Vista mayor, the seat being vacated by Mayor Mary Casillas Salas. A 33-year-old Democrat, Campa-Najjar has run twice for California’s 50th congressional district, first in 2018 against Rep. Duncan D. Hunter in 2018 with 48.3% of the vote, and again in 2020 against Rep. Darrell Isa with 46% of the vote. He is the founder of ACN Strategies, a communications and media consulting firm.

Campa-Najjar attended Southwestern College before going to SDSU and became a community organizer for Barack Obama’s campaign, organizing it in Chula Vista. After that he had the opportunity to work at the White House as an intern, working with the Labor Department’s Office of Public Affairs, and helped reading and providing letters for the president to read each day. After working for the Obama administration, he also was the communications and marketing director for the U.S. Hispanic Chamber of Commerce.

“Not bad for a kid from Chula Vista who had no Ivy League education, wealth or network,” he said.

Campa-Najjar said he saw the need in East County to take on “a very corrupt politician” who was giving the entire county a bad name, and in both his campaigns, he said it exceeded expectations in both races.

“That same calling to serve brought me back to see if I am better fit to serve in the community that raised me,” he said. “The community where I went to schools, had mentors, pastors, and family. East County will always have a place in my heart because I have roots there also. I am proud of being a son of Chula Vista and  of East County. I do not see any conflict there at all. I think most people that examine their lives can say the same. That they can probably claim more than one place as their home, but Chula Vista is my forever home. It is where I want to raise my kids.”

Campa-Najjar said his goals for Chula Vista is fulfilling the 25-35 year promise of the bayfront, bringing in a university.

“These projects are important because they will give us the revenue, we need to take on long-standing issues, whether it is homelessness, housing, public safety, hiring 40 more police officers, road repairs, fair contracts for firefighters, and all these important local investments that we need to make in our communities that will only happen if we grow our economy. I do not think we can turn to voters and ask for another sales tax increase.”

Campa-Najjar said the city needs to be aggressive and robust in growing the city’s economy. He said every day, Chula Vistans travel north to work, shop, eat, go to college, and spend their money, creating a drainage of sales tax every day, while meanwhile, nearly no one is travelling to Chula Vista. He said this can be turned around by making Chula Vista a self-sustained attractive city.

“I want to make Chula Vista a city where kids born in east or west Chula Vista have the same opportunity,” he said. “As the only candidate that has lived that disparity, which is very near and dear to me personally. I have the unique background and partnerships that I can form federally with Congress, members in Sacramento I know, to really look at these old problems in a new way and broker partnerships that politicians for the past 20 years do not have.”

With the bayfront project, he said the gentrification of the west side is something the next mayor will have to grapple with, how to revitalize it without gentrifying the area.

“If you put the bayfront on autopilot I think you will find the natural inclination is gentrification,” he said. “This $1.3 billion investment, $300 million which is taxpayer money. How do we make sure small mom and pop shops in the corridor that leads to that lead to the bayfront that are ready for primetime, so when people come to the bayfront attraction, that they just do not go to the bayfront and leave? I want to make sure that we invest in our mom and pop shops, local small businesses, like we have done with Third Avenue. We must do the same with Broadway and the Chula Vista shopping center and make sure the small businesses in that area are ready for primetime and invest our dollars there.”

Campa-Najjar said the bayfront can be a “big boom” for the local economy if done right through rejuvenation and not gentrification.

“We are going to have to bring good paying jobs, not just service jobs,” he said. “That is where the university will come in. We do not want to price out local people. Chula Vista is the last city to develop, so we might as well make it work for Chula Vistans.”

Campa-Najjar said investing in local businesses can bring income that can be invested right back into the community for public safety, road repairs, and things needed to upkeep the community for the residents.

He said his dream is for everyone to have the dream of home ownership from west to east, and that is part of the American dream of building wealth through home ownership, especially for low-income and diverse families. He said home ownership was a great catalyst for the opportunities that he had growing up.

“Housing affordability, whether renting or owning, the only way we solve this problem is inventory,” he said. “Two is rent control which I think is insult to injury and drive out investors. And third is increasing the buying power of residents by bringing in good paying jobs to our city. I think that the bayfront will bring in new job, housing, and industry opportunities.”

He said a way to create more inventory is to look at two-story apartments and turn them into mid-rises and high-rises, look at abandoned parking lots, look at duplexes and see if they can be turned into multi-level complexes.

“We are going to have to do that if we are going to be able to house those looking for housing without depreciating the value of home ownership,” he said. “Finding that balance is key.”

He said that is something the entire state is dealing with, saying that “California is the richest and poorest state in the union, with the largest reason being housing.”
Campa-Najjar said the growth in east Chula Vista has not been commensurate with the  growth, and is worried that in building the university, that it will not include the infrastructure that will keep the community utilizing services and spending money in the city.

“That $1.7 trillion bipartisan infrastructure bill that Congress passed, we need that to invest in places like Chula Vista,” he said. “Chula Vista is a perfect proof of concept why we needed that money.”

He said that grants are important, and that Imperial Valley gets more federal grants than Chula Vista and the county. He said having knowledgeable full-time grant writers working for the city is essential in moving forward, and that grants are needed from the state, federal and private sectors.

“I have opponents that have been on city council for years, but they have not been able to do anything because their thinking is just inside the walls of City Hall,” he said. “Every solution they come up with is cutting services from this program to fund that program or asking voters to pay more sales tax.

Campa-Najjar said he spoke with Dr. Shirley Weber, and she said that it was determined that there was not enough need for a CSU in Chula Vista, but he is skeptical about that decision.

“San Marcos has a university and I do not believe they calculate all the students that come from Tijuana every single day,” he said. “I do think there is enrollment demand for a CSU. Obviously, they are not the only institution in town. Southwestern College is already providing some four-year degrees. High Tech High is providing a graduate program. So, there are institutions that exist where I think we can make these multi-institution partnerships to get a university. I do believe there is a way forward, we need new leadership to bring in these new partnerships. Road repair and accessibility will also be a major key for that.”

He said if public transit is part of this solution in making the university accessible, models like the Bay Area Rapid Transit in the San Francisco Bay area, or the New York subway, the DC Metro, otherwise it creates more costs and problems for residents.

“I think to make the university work, we need to look at the failings of the accessibility problems of Olympic Training Center, but on the flipside, if we get this university going, we have a pool of binational athletic talent here that will create a first-division type soccer team, baseball team, or football team. If we do that it is only a matter of time because there is a chain reaction, and we will need a sports arena. If we get the infrastructure done right and understand that Chula Vista is the last place to develop in San Diego County, and our neighbors in National City are eating our lunch. They are running with innovation and growth. Chula Vista should be poised for that.”

“We should be able to do it in a way that is not going to backfire. We need a steady hand at the helm who has an eye for these things, who has lived there, wants to guard against gentrification, building expensive institutions without ways to get there, and building things that make people want to come here. You must have a whole vision to get this done. You cannot piece-meal it, and you cannot do it in a haphazard way. That is what I bring to the table with my multi-generational vision.”

Born in East County, Campa-Najjar is a third generation Chula Vistan, moving to Chula Vista in 1993 at 4-years-old, living with his grandfather who was a Mexican immigrant. His grandfather, mother, uncle, and brother lived in one part of a duplex off J Street with he, his mother and brother sharing one bedroom.

“I love that upbringing honestly,” he said. “Me and my uncle used to walk down to the bayfront everyday, and I remember talks about developing the bayfront very young.”

After his grandfather passed away, the house was sold, and he moved to east Chula Vista.

Campa-Najjar said he was a west Chula Vista kid living in Eastlake without the means of the average kids and felt like a “misfit.” He went to Eastlake High School, worked as a janitor at Eastlake Community Church to help his mother make ends meet.

“I was promoted to lead the worship team, give youth sermons, and I loved that  experience,” he said. “It really helped me develop my skills and awakened my passion for serving people. That is where it all really began for me.”

CORRECTION: A previous version of this story stated Campa-Najjar said,“: Not bad for a kid from Chula Vista who had no real education, wealth or network.” This has been corrected to Ivy League education.

The Star-News regrets the errors. 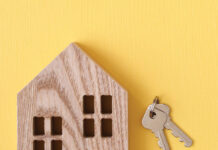