One for the thumb? How about one for both hands, one foot and then an extra digit?

The San Diego Sockers won their 16th indoor soccer championship May 8 in front of a vocal gathering of 3,105 fans at Pechanga Arena. It’s a feat few professional sports franchises, or even amateur ones, in the region can boast.

Confetti swirled around the aging arena amid a jubilant Mother’s Day crowd that cheered on the Sockers’ second Major Arena Soccer League championship in as many years and the sixth league title overall since the club’s restart in 2009.

Chula Vista’s first family of arena soccer was on the floor amid the unfolding chaos: Sockers assistant coach Rene Ortiz, his wife Monica and daughters Sofia and Alyssa.

“It’s incredible, the history of this club, the tradition of excellence from the old days in the 1980s and 1990s,” said Ortiz after the Sockers held on to defeat the Florida Tropics by a score of 4-3. 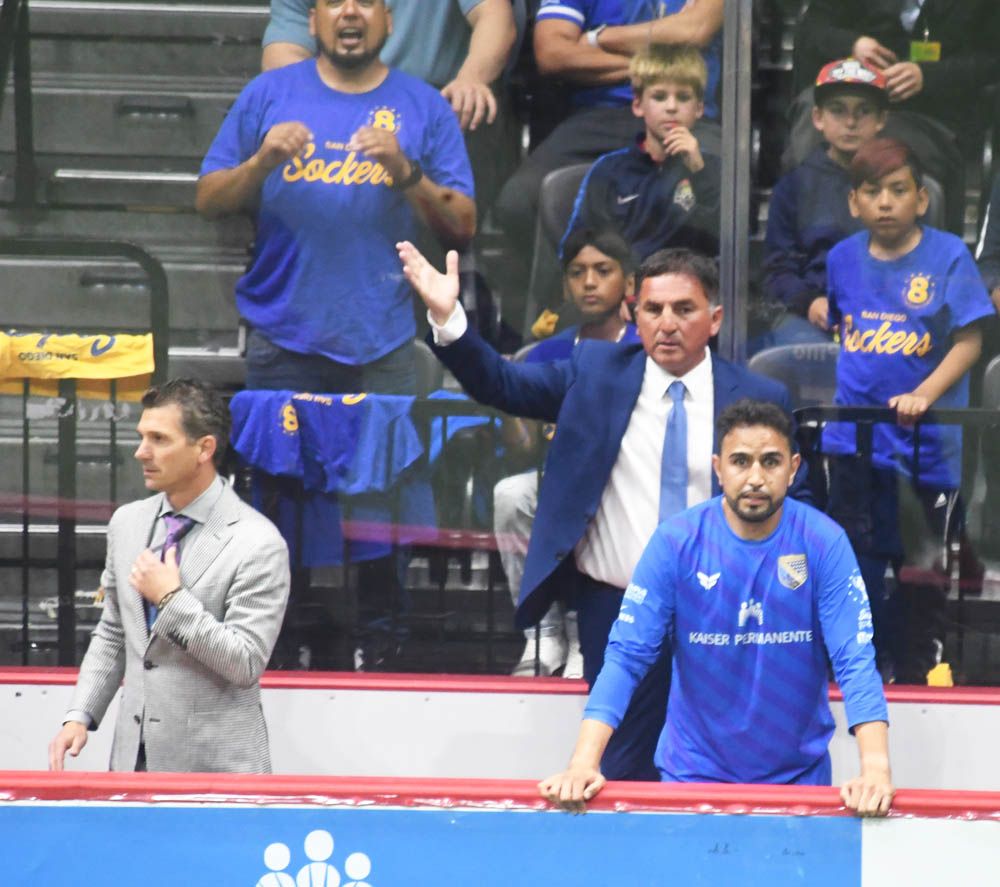 For those with a connection to the original Sockers, who operated from 1978 through 1996 before giving birth to two subsequent incarnations, the first in 2001, the latest championship rekindled fond memories of a giddy time .. and of the man for whom the MASL championship trophy is now named, longtime Sockers coach Ron Newman.

It was time to tip one’s cap to past glory and that’s exactly what Ortiz did.

Following to conclusion of the game, he took off his newly-minted championship cap and put it on Alyssa’s head. Alyssa plays soccer for the Rebels Soccer Club and played on Olympian High School’s junior varsity team as a freshman this past season. Sofia, an Olympian graduate, now attends UC Santa Barbara.’

Both girls were on hand to applaud their father’s latest achievement in the soccer world, of which there have been many.

Ortiz, who serves as the head coach of the Sockers development team, guided the Sockers2 team to its second consecutive MASL2 championship title. The ex-Raider standout also serves as head coach of the Mexican national indoor soccer team. Mexico won the World Mini-Football World Cup championship in 2019 in Australia with a 4-0 victory over Brazil.

The beat, meanwhile, goes on for the Sockers varsity squad, which repeated as MASL champions after playing all its games on the road in 2020-21 because of COVID-19 restrictions.

This season the Sockers were able to return to their home arena — and celebrate a championship in front of their fans, who made enough noise for many more times their number.

A few minutes later MASL commission Keith Tozer presented Chiles, the team captain, with the Ron Newman championship cup as the celebration kicked off in earnest.

“It was great,” explained former Socker Anthony Medina, a Valhalla High School alumnus, who won four PASL championships with the team from 2009-13 and watched the May 8 championship game from the stands. “I saw a lot of guys I played with and also a lot of new guys. It gives them validation to win another championship. It’s good for San Diego.”

Paul Wright, who graduated from Grossmont High School and made the circuit around the professional soccer ranks, including multiple stints with the hometown Sockers, was equally proud of the club’s latest achievement.

“It’s amazing,” said Wright, who has had his No. 3 jersey officially retired by the Sockers. “I’m happy for the guys for keeping the tradition going, the tradition of being champions.”

The Sockers advanced to the championship game after sweeping past the Milwaukee Wave in the opening round by scores of 9-2 and 9-3 and then eliminating the Chihuahua Savage in a must-win knockout game after the teams had split their opening two games.

The Sockers lost the first game in Mexico, 7-6, in overtime. They were forced to win the second regulation game in San Diego on April 24 and then capture the ensuing 15-minute mini-game.

The Sockers came through to the delight of their fans with a commanding 6-2 regulation win and then posted a tense 4-1 victory in the knockout game to meet the Tropics, who eliminated the St. Louis Ambush and Kansas City Comets in successive series.

The Sockers, who won the first game in the best-of-three championship series by a score of 6-3 in Florida on May 2, wasted little time in getting their fans to serenade them with a game-long stream of festive noise-makers. 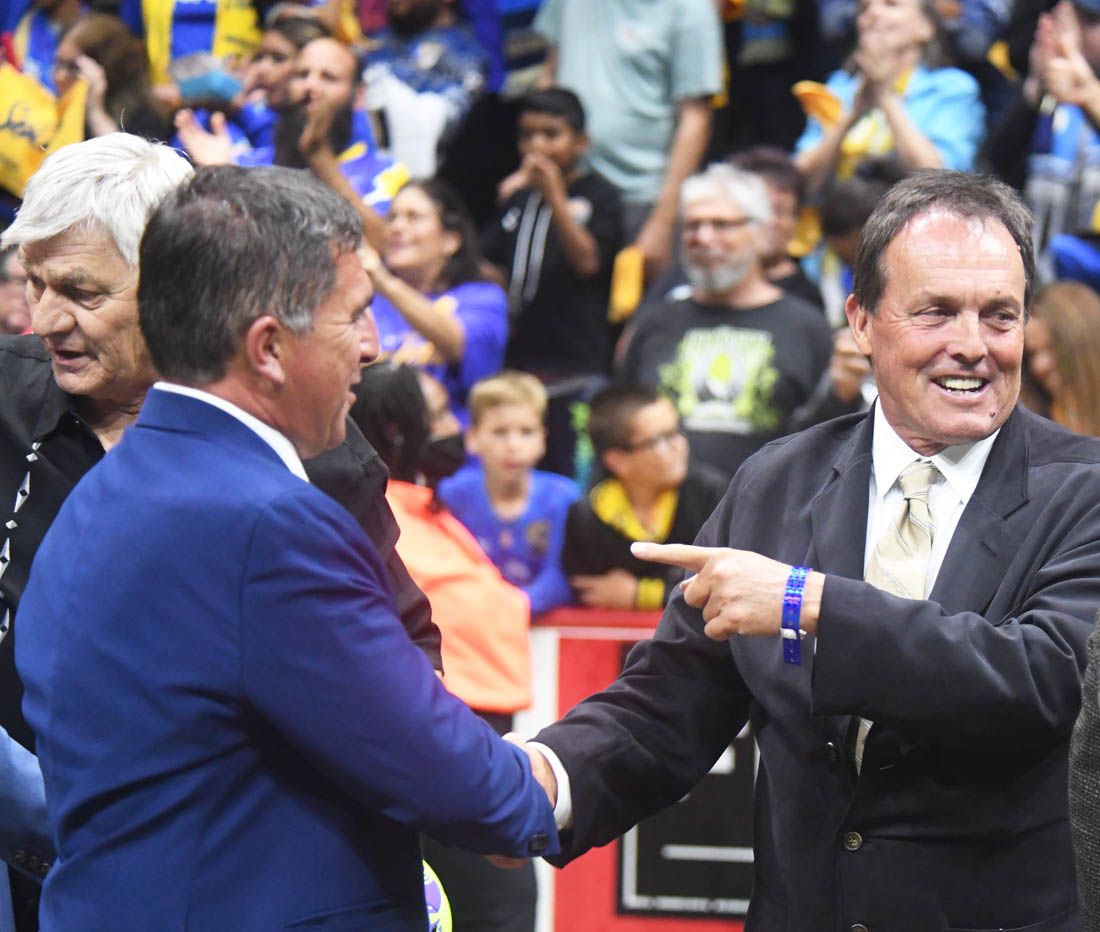 Brandon Escoto scored just 1:06 into the contest after tucking a shot inside the near post. Regular season scoring leader Tavoy Morgan doubled the lead at 3:30.

But the Tropics (18-3-2 in the regular season) came back to tie the game twice at 2-2 and 3-3 before Chiles eventually supplied the game-winner at 6:19 of the third quarter.

The fourth quarter was scoreless and suspenseful right down to the final second. In fact, San Diego goalkeeper Boris Pardo made a punch-out with six seconds to play to keep the game from going into overtime.

Escoto paced the MASL champions with two goals in the game.

“I’m so proud of every player on this team,” said Sockers owner and head coach Phil Salvagio, who won his sixth championship. “We battled all year long with a target on our backs, and in the end, we have back-to-back Ron Newman Cups.”

Pardo made two clutch saves in the final minute to preserve the championship game victory. Rainer Hauss, meanwhile, made 14 of his 17 saves in the game in the first half to keep his team in contention.

“In the end it was just defend-defend-defend to hold the lead, and we were able to do that,” Pardo said.

“It’s a great feeling,” the Poway high and SDSU alumnus said. “It was a hard battle against a quality opponent in Florida, but we stuck together, finally got a chance to fall, and we hung on for the win.

“There’s nothing left to say, we’re the champs.” 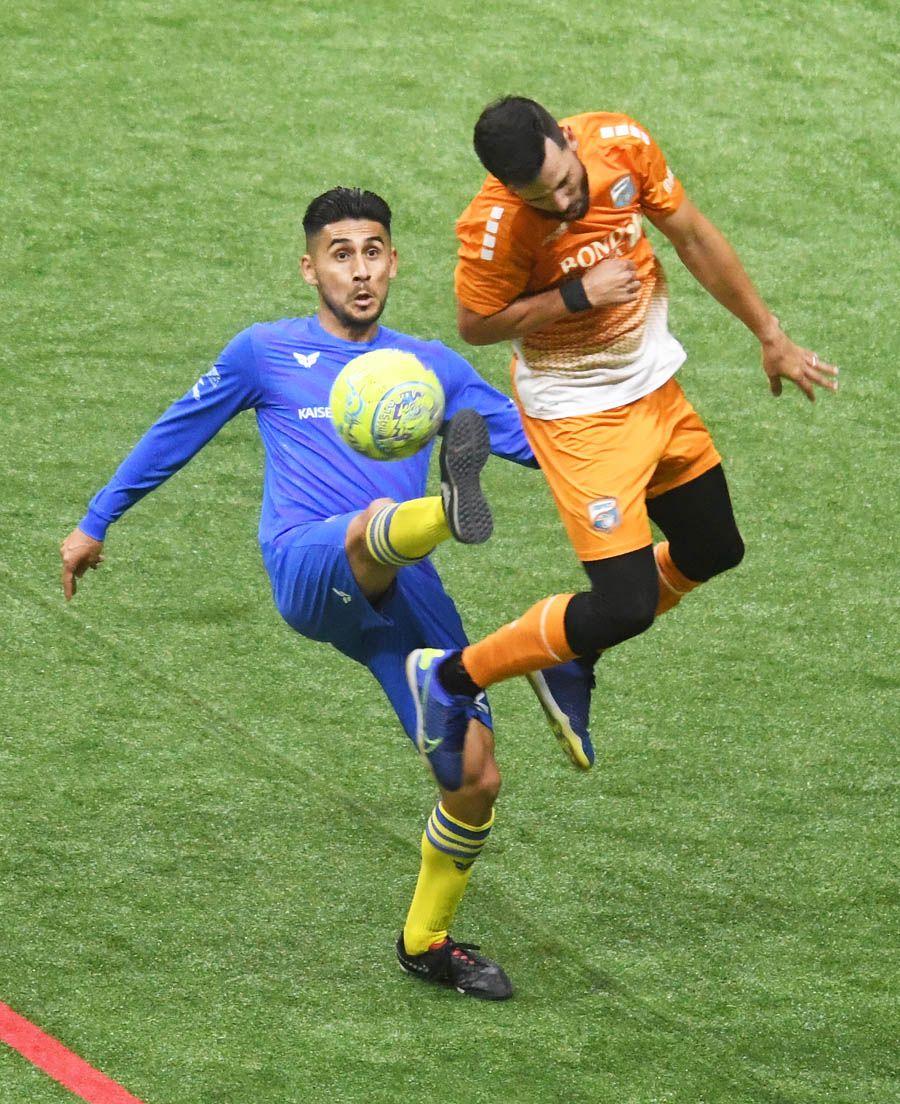 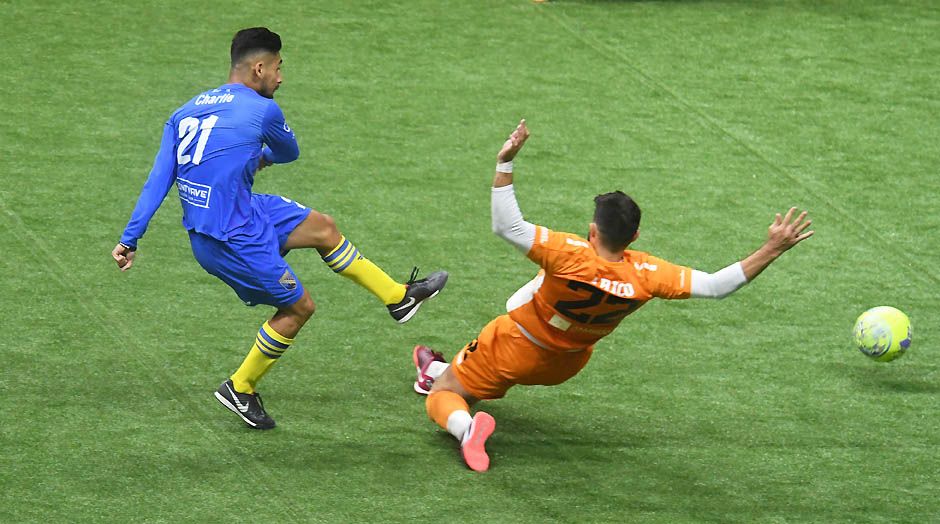 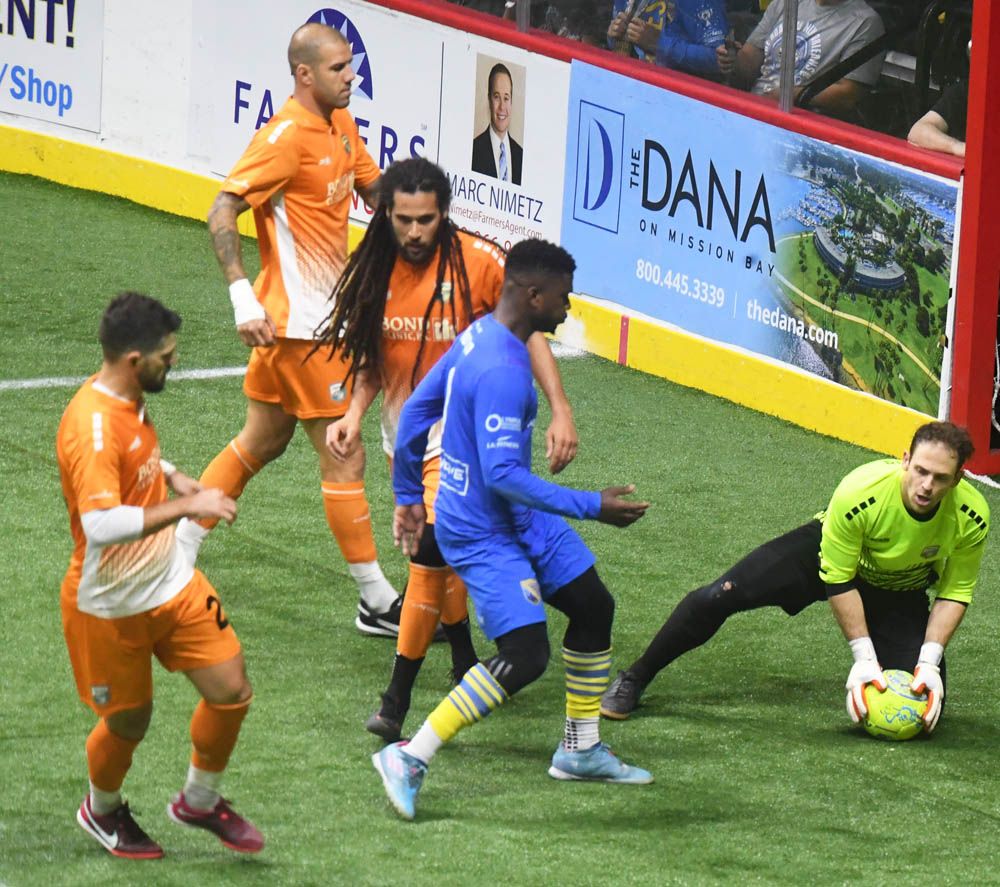 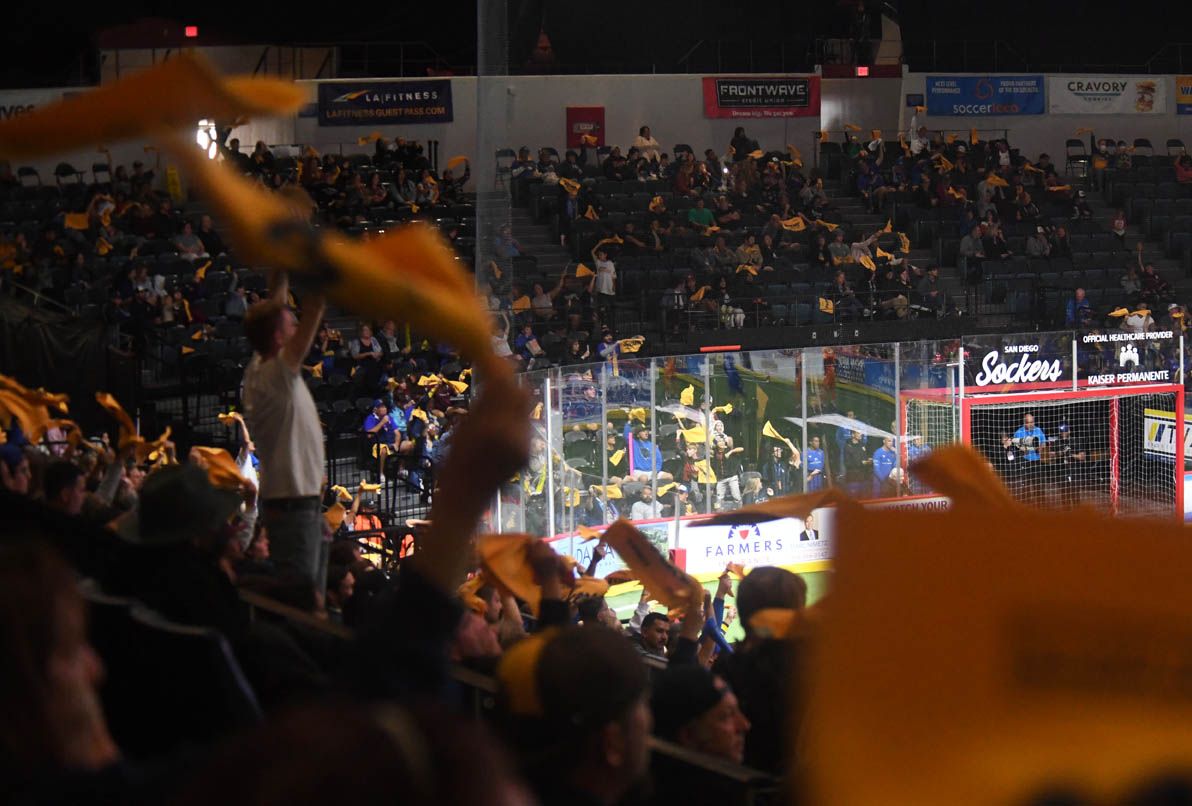 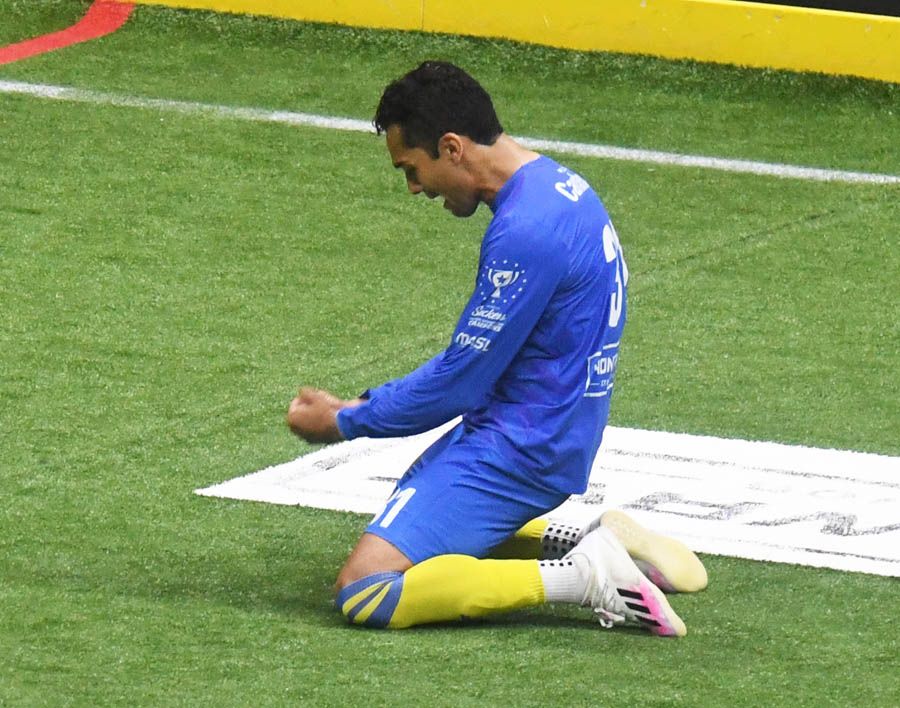 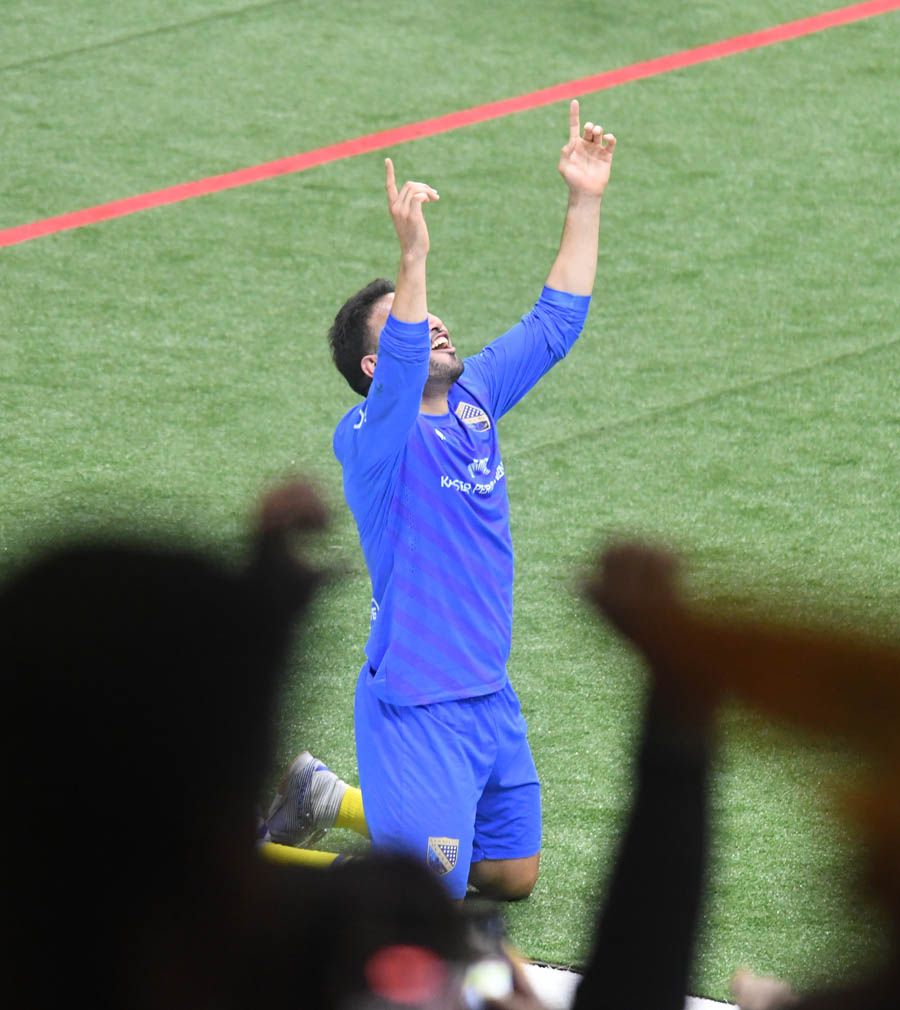 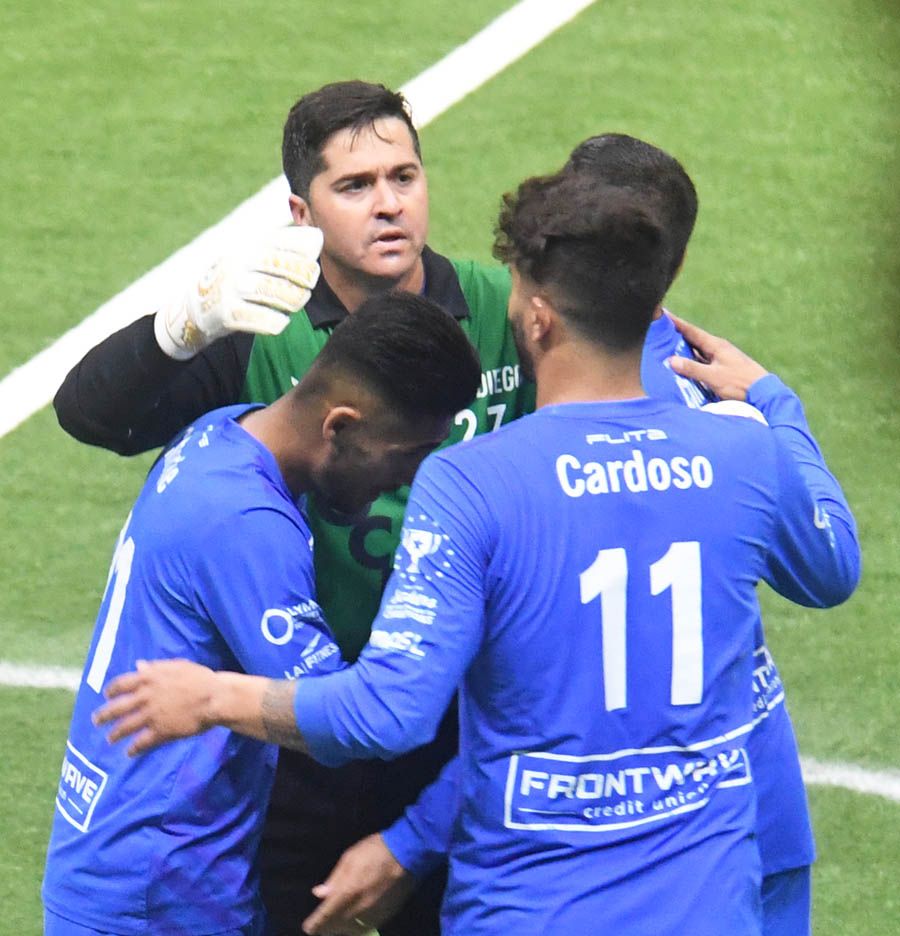 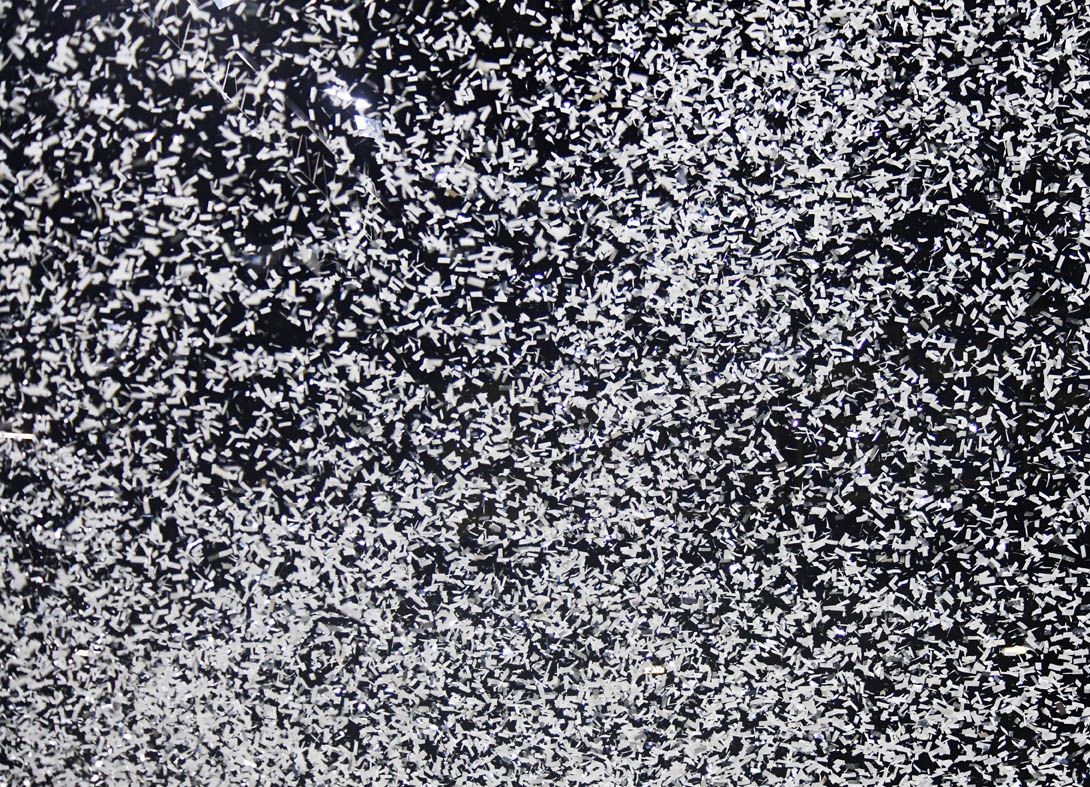 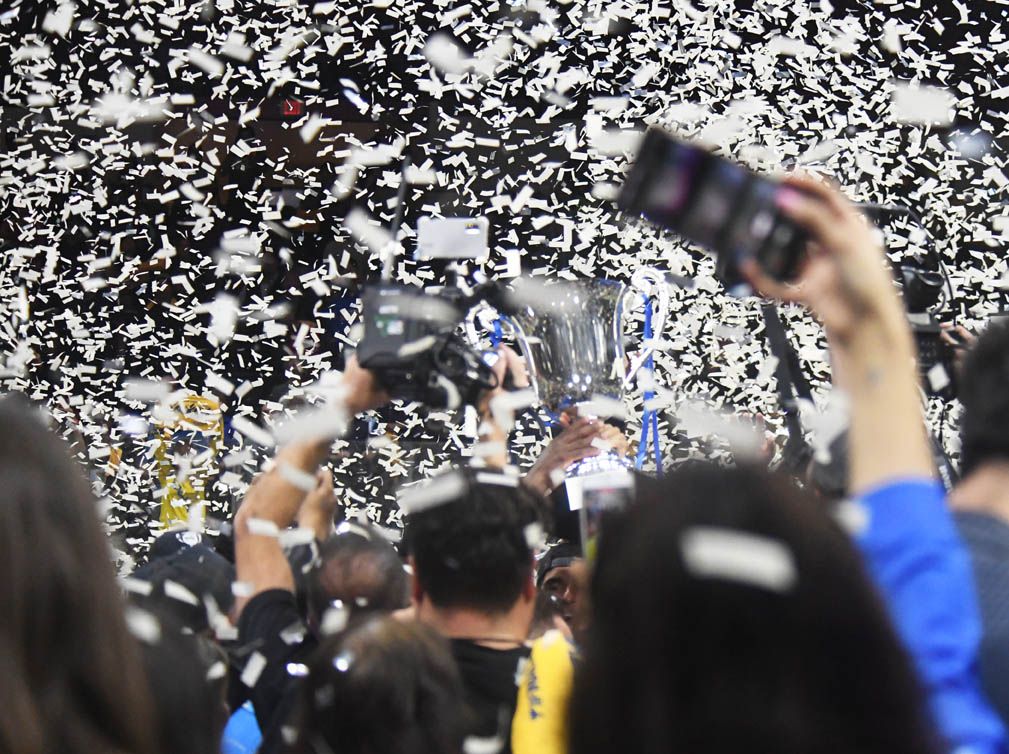 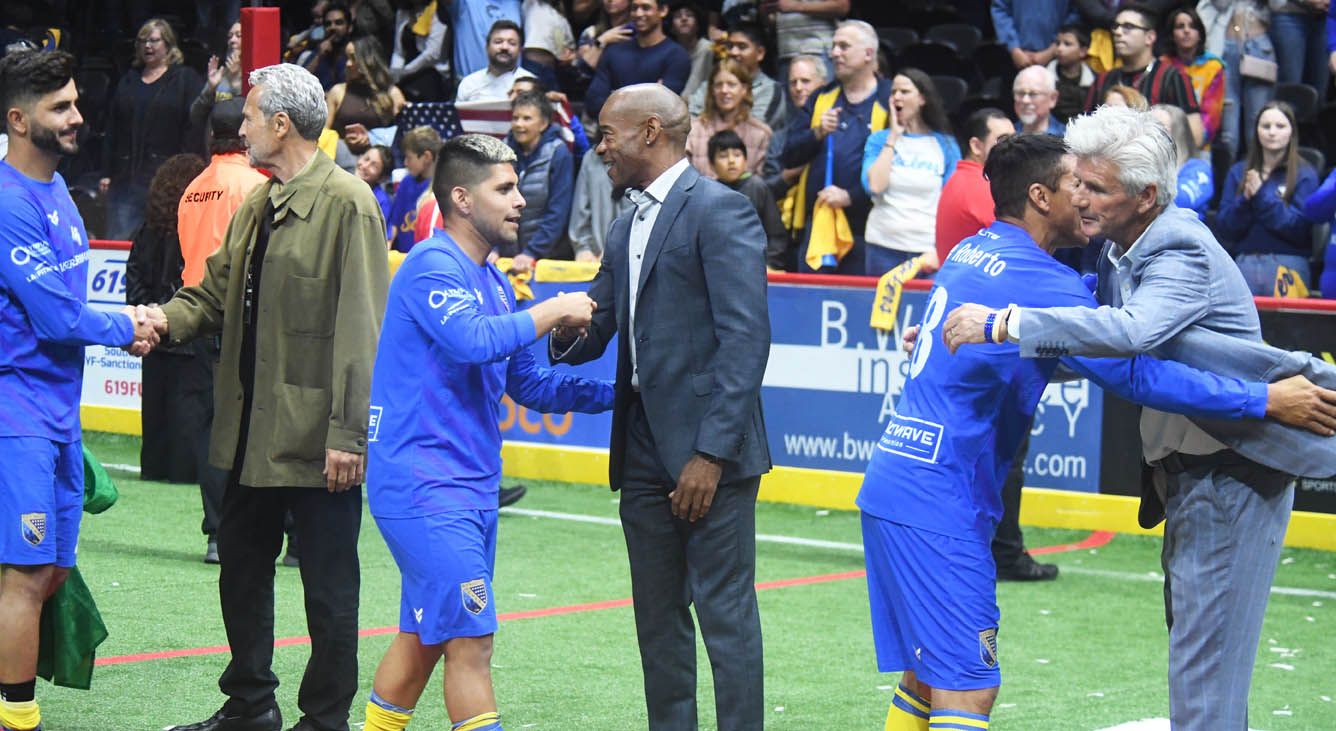 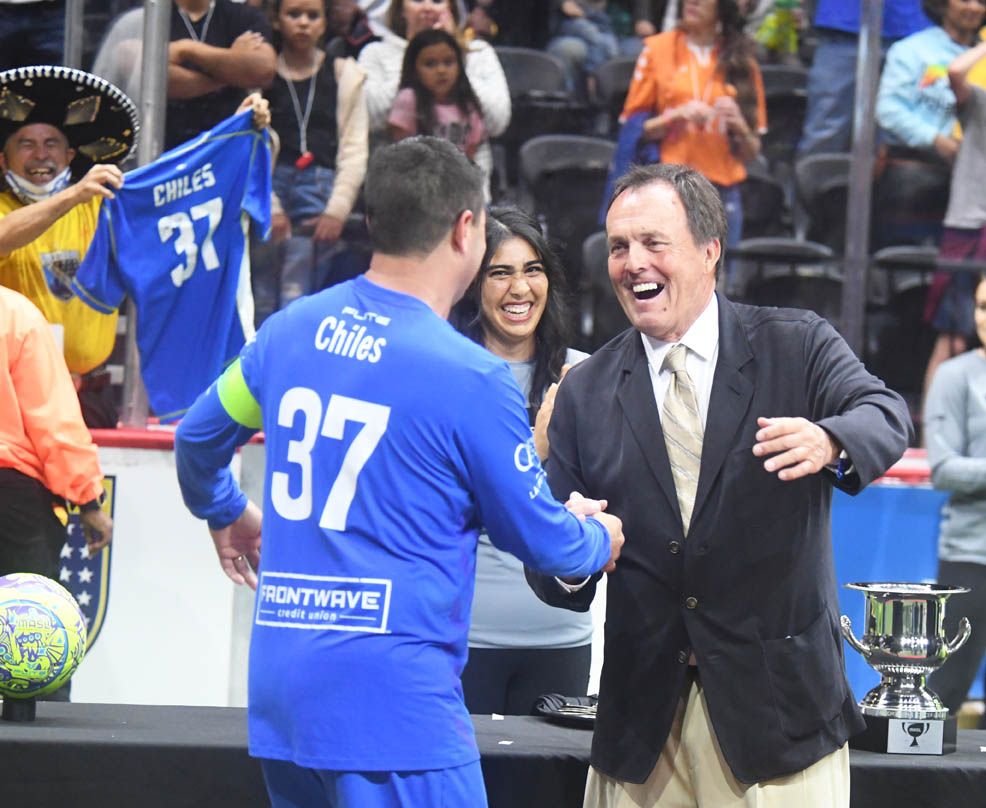