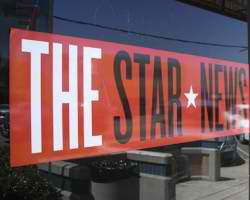 The process, man, can be long and infuriating to those who like quick, cheap resolutions.

Take, for example, the process of determining if the city of Chula Vista screwed up when they appointed Steve Miesen to the city council at the beginning of this year.

Open government champion Chris Shilling (who is also a member of the city’s ethics board) and a small team of lawyers are suing the city because Shilling claims the city violated the Brown Act.

The allegation is that council members conducted a serial meeting when they shared who they were nominating for a seat on the council with the city clerk, who then shared that information with other members of the council and not the people.

The Brown Act says the public’s business, with few exceptions, is supposed to be conducted in the open. By keeping their personal nominations to themselves, the city violated that public trust.

Shilling et al have already compelled the city to release whom each council member nominated after the city obstinately denied previous requests for the information citing the “deliberative process” exemption.

If Shilling was right and the council did fumble the way they appointed someone to fill Mary Salas’s vacant council seat, then the simplest way to correct the erroneous procedure would have been to conduct the entire nomination and voting procedure in public. In still other words, the city could have had a do-over.

But the city is averse to admitting it’s wrong when it doesn’t have to and the legality of the appointment has yet to be determined, hence a lawsuit to settle the dispute.

There is no disputing, however, that this has been a distraction and a blemish on Salas’s first 10 months in office. Part of the reason for the appointment is that her ambitious run and election to mayor left her council seat vacant. Rather than incur the cost of a special election, Salas and the council voted to appoint someone for two years.

But the appointment hasn’t been without a price; the city is now paying outside legal counsel to defend their actions as they wait out the clock, hoping the issue of replacing Miesen becomes moot. The year 2016 approaches and the placeholder’s remaining time on the council becomes irrelevant in light of next year’s election.

Last week transparency lawyers said they would require the mayor and city clerk to be deposed in November. Count on the oaths by city officials to cost the city more money.

If you’re the city this is a small price to pay to maintain the position you did nothing wrong.

But you can’t help wonder if this would have been cheaper financially and politically if the entire process were handled differently. If voters had not elected Salas to be mayor or if, at the very least, the council had opted for an appointment do-over would the city’s commitment to transparency be questioned?