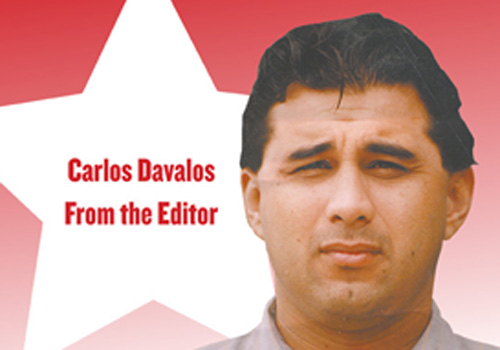 Roughly seven acres of open space on the west side of Chula Vista sit unused, surrounded by chain link fencing serving as a barrier between the public and public space.

(The cynic in mean imagines there is a cadre of developers spending sleepless nights calling and texting each other in brainstorming sessions as they toss around ideas that will turn the shutdown into a money-maker given its proximity to bayfront development—listen, ask any marketing guru and they will tell you the park is bayfront adjacent.)

The city’s draconian decision to close the park to everybody came after it was overrun overnight with homeless people who set up tents and makeshift  campsites.

No. Wait a minute.

The park opened in 2006 and was heralded as a boon for residents on the west side of Chula Vista who had to watch their neighbors in the east enjoy all the new amenities and parks that go with new development.

Over time the number of unsheltered people calling the park home gradually increased. As did the calls of concern from nearby homeowners and officials from Harborside Elementary. And parents. And homeless advocates.

The issue didn’t crop up overnight. It’s been here a while.

The city’s response to Harborside Park and homelessness in general has been piecemeal and slow at times. Politics and bureaucracy can hamper the best of intentions and in the end it can leave you with a temporary fix that leaves you scratching your head.

Harborside Park will be closed for the next 90 days. The people who lived in the park have dispersed, either to other nooks and crannies within city limits or to some of the few shelter beds available to them. The children and families who would have played in the park will have to look at it through steel and aluminum fencing.

Also in the next 90 days there will be campaigns and outreach from people who want to lead the city. They will tell you they have solutions. Some of them have been in office for quite some time, at least as long as the homeless issue has been growing. Ask them how they did not see this coming. And how they’ll prevent it from happening again. Then ask yourself if you believe them