Whether there is a season-ending section championship meet is still up for debate, at least among swimmers, coaches and parents, after section commissioner Joe Heinz announced in a memo to principals and athletic directors on March 26 that the section had made the “difficult” decision to cancel the event.

“We have been holding out hope that the state’s guidance would be adjusted to accommodate larger-scaled competitions, yet based upon all the information available to us at this time, we do not see any adjustments being made that would enable us to host a section-wide championship event,” Heinz wrote in the memo. “We would like to thank our swim and dive student-athletes, coaches, conference presidents, schedulers and officials associations who worked with us in an extremely tight time span to adjust their schedules and seasons to provide this opportunity for student-athletes throughout our section.”

With San Diego County transitioning into the Orange Tier, there is hope among many that the section might reinstate the section finals. A recent meeting at the county level seemed to raise the slight possibility that such could happen.

In the meantime, the section’s April 24 end-of-season date will allow for league/conference championship meets.

Metro Conference coaches are hoping to put together such an event by the end of next week.

“It’s been tough to keep the kids motivated, especially when the memo came out that CIF was canceled,” Wiggs said. “We have been working hard to make sure everyone is doing what they can to make the league finals happen. It’s been tough on the swimmers mentally knowing that the season could end sooner than expected. We just want to make it the best we can, especially for the seniors.”

Last year’s seniors didn’t get anything. 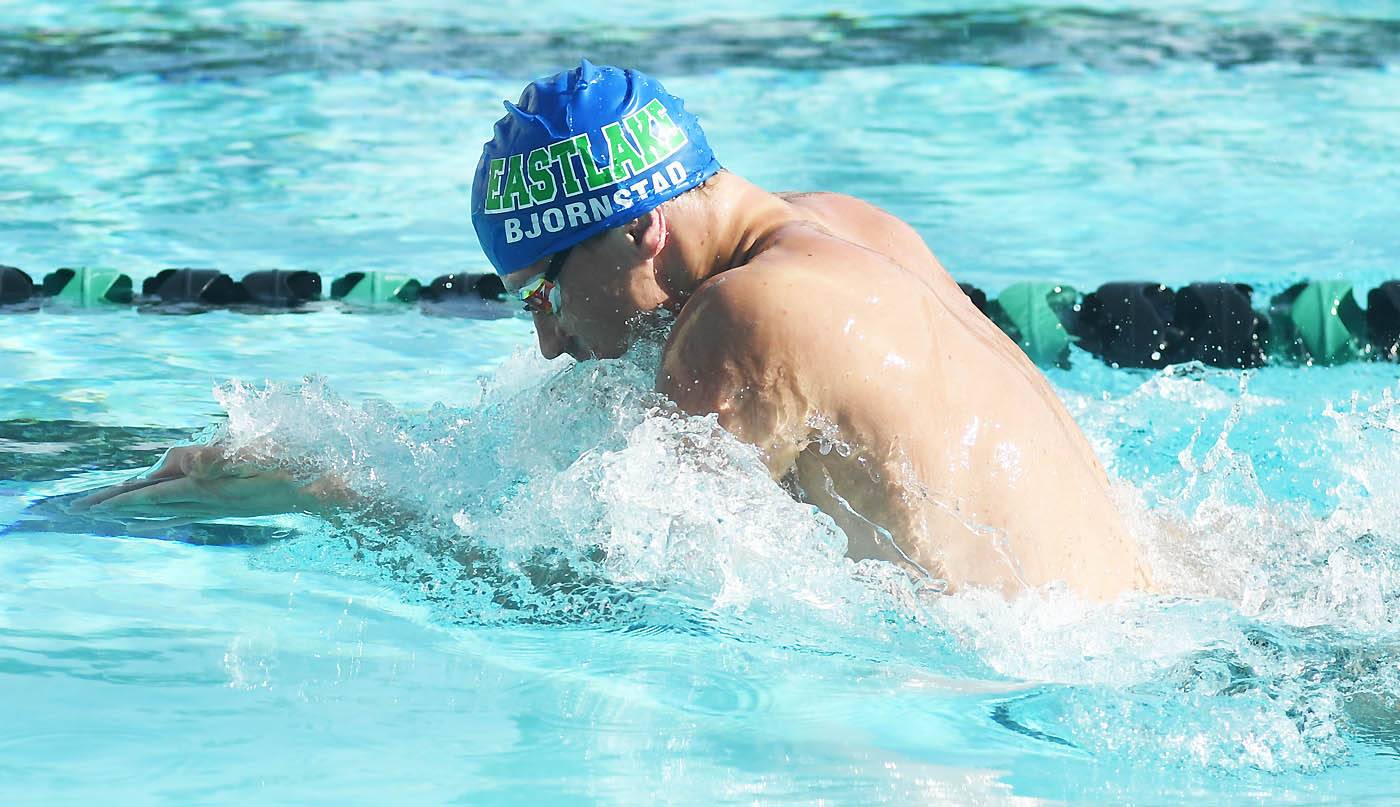 Eastlake and Hilltop put their undefeated Mesa League records on the line Tuesday at the Parkway pool. The host Lancers entered the high-profile dual meet with identical 4-0 gender records while the defending league champion Titans also were 4-0.

Eastlake enhanced its chances of finishing the season with a perfect slate after sweeping Hilltop by scores of 116-54 (girls) and 103-66 (boys) to improve to 5-0 in league competition. 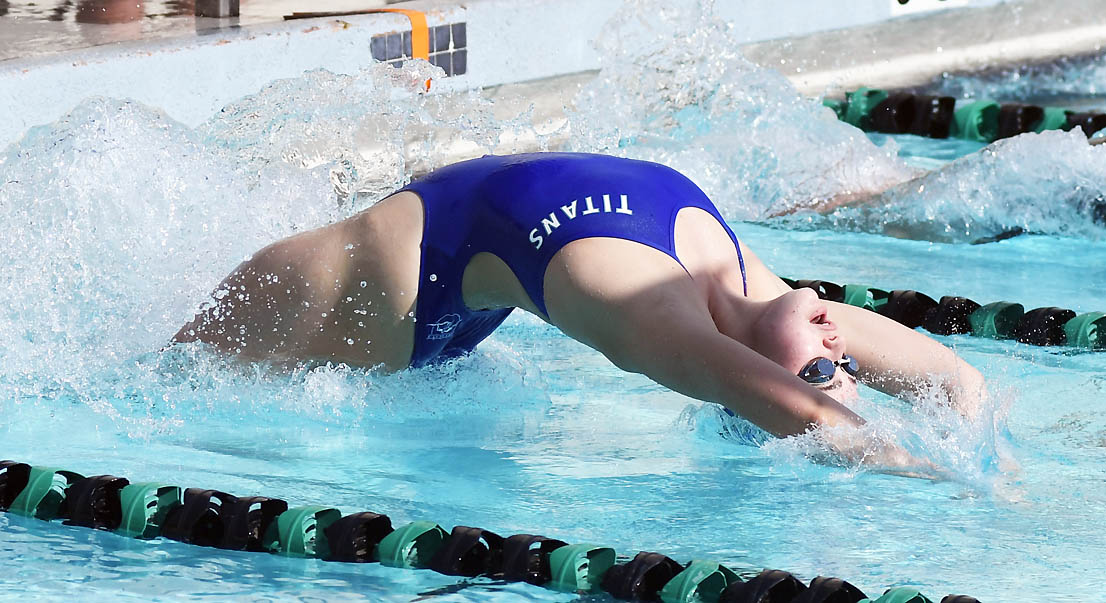 Lundgren and Gidley also were members of the winning medley and 4×100 freestyle relay teams to give them four event victories along with Hagewood.

Nate Bjornstad and Zane Derrod both recorded individual doubles for the Titans.

The Hilltop unit of Nic Garces, Kapetanios, Raul Rico and Aidan Garces combined to win the 4×50 freestyle relay in 1:43.21.

Despite coming out on the short end of the score, the Lancers proved a highly competitive opponent, with several swims during the day hotly contested.

“We are happy to be back,” Hilltop head coach Ernie Medina explained. “With COVID and so many restrictions, it has been difficult to get back to normal Hilltop Aquatics but we have been able to stay competitive and stay healthy.

“The objective this year is to stay healthy every meet. We’ve accomplished that.”

The Hilltop girls finished regular season competition with a 5-1 league record after slipping past Mar Vista, 120-57, on Thursday.

In diving competition on Wednesday at the Las Palmas pool, Olympian’s Diego Mungia recorded the high score in the boys competition at 223.25 points, followed by Hilltop’s Dominic Metzig at 144.6 and points Southwest’s Gael Colmenero at 138.7 points.