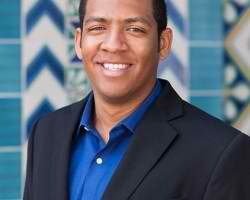 Last Monday, the Voice of San Diego’s (VOSD) Andrew Keatts released a detailed, investigative report that revealed that the San Diego Association of Governments (SANDAG), a government agency responsible for regional planning and transportation projects, lied to the public about budget projections and revenue estimates for the failed sales tax increase known as Measure A. I don’t use the term lie lightly, but in this new era of “Alternative Facts”, it’s important that we call them for what they are and that serious violations in the public’s trust aren’t obscured with vague euphemisms.

According to the VOSD report,in November 2015, SANDAG staff discovered their projected future revenues were vastly overestimated, and their proposed sales tax increase would generate $4 billion less in revenue than expected ($14 billion instead of the original $18 billion).But even though SANDAG Executive Director Gary Gallegos and the “Executive Team” were briefed on this shortfall, no action was taken, and in April of 2016, they recommended putting the sales tax increase on the ballot with the projections they knew were wrong. In other words, SANDAG deliberately provided inaccurate information to their Board of Directors and the public, and then traveled throughout the County to campaign for support for that sales tax increase.

But it’s still not clear who exactly is responsible for the lie.

Is it Gary Gallegos? Generally speaking, public agency staffers abide by the direction of the elected body that oversees them. For SANDAG, that elected body is the Board of Directors (generally made up of all the mayors in San Diego County) and the Executive Committee (includes Supervisor Ron Roberts who serves as Chair and Mayor Ron Morrison who represents the South County).

Did the SANDAG staff brief either the Executive Committee or the Board of Directors on the projected revenue shortfall before they recommended putting the sales tax on the ballot? If so, did the Executive Committee instruct staff to stick with the inaccurate projections so that Measure A would potentially have an increased chance of winning voter approval?

When the VOSD article on the shortfall first came out in October, why did the Board of Directors brush off the projected $4 billion shortfall, without asking a single question about how it happened?Why did the Board of Directors move forward with giving the Executive Director a $10,000 salary increase and 4% bonus after the massive budget shortfall was first announced in October and again in December?

During last week’s annual SANDAG retreat, the staff and Board members discussed the possibility of a future sub-regional sales tax measure that could focus on transportation projects in south San Diego, National City, Imperial Beach, and Chula Vista. Before ANY new sales tax measure is proposed, we first need answers to these questions above by calling for an independent investigation and holding accountable those responsible who violated the public trust.

Bush is a planning commissioner with the city of National City.