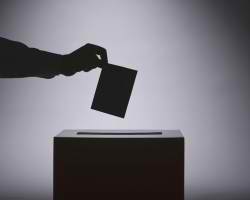 Voters in California can now send in their absentee ballot just before the June 4 Primary Election. But those who prefer to hit the polls in South County have several options.

One of those polling places is inside the garage of Eastlake resident Tom Shaules  at 2608 Santa Barbara Court.

All polling places will be open on election day from 7 a.m. to 8 p.m.

Shaules said he also plans to open his garage once more for the November General Election where the 45th President of the United States will be elected, and several state and local issues will be determined.

Shaules,76, said he expects a decent turnout of voters at his polling place for the primary, with a larger crowd showing up in November because he said presidential elections typically have high voter turn out.

This is not Shaules first time hosting his garage as a polling site. He first opened his home when he lived in Scripps Ranch before moving to Eastlake eight years ago.

In June voters in Southwest Chula Vista will decide which two of the four men running for their representation will move on to November.

Shaules’ polling place is located in Eastlake and voters in that district will not vote for a representative in District 4 but what will be on the ballot as a citywide issue is a proposed half-cent sales tax measure.
Shaules said while his home is the site of a polling place, the Registrar of Voters run and operate the poll.

“I don’t really do anything,” he said. “I just provide the garage, they (Registrar of Voters) come and set everything up.

I provide drinking water and a bathroom. That’s about it.”

Shaules said having his garage as a polling place is very convenient because he does not have to go very far to cast his vote.

Shaules could not emphasize  enough the importance of voting.

“If they want their opinion heard, they need to vote and not complain,” he said. “If they don’t vote they have no complaints.”