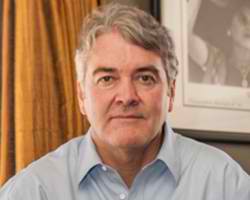 Republican Mike Diaz is a retired firefighter who worked in Escondido for 27 years.

Diaz, 58, says public safety should be the city of Chula Vista’s number one priority. He said he was not opposed to  proposed sales tax increase in the city if the money was gauranteed to be used to fund public safety needs and services.

Diaz said that if elected he would work to tighten the langauge in the city’s term limits ordinance and strengthen resideny requirements.

Rudy Ramirez, 55, is a businessowner and former Chula Vista councilman.

The registered Democrat served two consecutive four-year terms between 2006 and 2014. Ramirez said that if elected to the city council again he would focus on completing infratsructure projects, improving public safety and addressing the district’s homeless problem.

Ramirez said he would not support a proposed sales tax increase because the city must first address its jobs-housing balance and its “sales tax leakage”.

Eduardo Reyes, 49, is a Democrat and sits on the Chula Vista Elementary School Board.

The middle school principal said it is important to support the proposed half-cent sales tax increase the would address the city’s infrstructure deficit.

He said he would work toward establishing a term-limits ordinance that does not allow a “cooling off period” and building a strong relationship with school districts to improve educational opportunities.

Emmanuel Soto is a middle school teacher. He said he is not opposed to a sales tax increase but the city’s current proposal does not appeal to him.

The Republican said he would like to see a city policy that effectively addresses Chula Vista’s growing homeless  population.

Soto sad one of his top prioritis is moderninizing the district’s infrastructure and establishing partnerships to address the city’s homeless issue.