Park View Little League has taken the road to South Williamsport, Penn. — home of the hallowed Little League World Series — twice before, and now embarks on the same path a third time after capturing the 12U all-star division at last Saturday’s California District 42 championship tournament at Sweetwater Valley Little League.

How far will the 2018 team advance? That will be exciting to find out.

Park View opened the tournament on June 30 with a 15-0 win over Imperial Beach, then shut out Eastlake, 6-0, in its next game on July 1.

After out-scoring its opening two opponents 21-0, Park View showed it could win the close games as well by edging Chula Vista American, 2-1, in the winners bracket final on July 5.

In last Saturday’s championship game, Jose “Guero” Mendoza earned the win by pitching five-and-two-third innings. After reaching the pitch count, Mendoza handed the ball to reliever Kainoa Baptista, who came in to record the last out.

Michael Rodriguez hit his third home run of the tournament — a two run shot that made the score 4-3 — to stand out as Park View’s big hitter of the game.

This year’s Park View 12U team is very talented with strong pitching, power at the plate, great defense and speed on the bases, according to manager Will Bleisch.

However, Bleisch said the team’s best attribute is its team chemistry.

“Everyone gets along well with everyone and they all trust each other,” the Park View manager said. “No single player is more important than any other. They are a family and realize the importance of playing as a team. We coaches have preached the importance of TEAM — Together Everyone Achieves More — and the boys are buying into this concept.”

Bleisch said everyone contributes to the team’s success — from one to 13.

“If a player does not start that day, they may be asked to pinch run, pinch hit or come off the bench as a relief pitcher,” the Park View manager said. “I am very proud of their accomplishment of winning the District 42 tournament. Everyone knows how tough our district is and nothing was handed to them; they had to scratch and fight for everything they earned.”

Elimination games are scheduled Sunday and Monday. The championship game is scheduled Tuesday at 5:30 p.m.

If a double-elimination game is required, it will be played Wednesday at 5:30 p.m.

“Our goal for this tournament season is to keep our eyes on the prize — the prize being a World Series championship in South Williamsport,” Bleisch said. “The coaching staff is constantly reminding the players to play one pitch, one inning and one game at a time … to play their best from the first pitch to the last out and not hold anything back.”

Bleisch is assisted by coaches Jorge Alonzo and Jorge Camarillo.

The path the team is now on is a familiar one for Camarillo, who served as 12U manager for the 2016 Park View team that reached the Little League World Series.

He remembers that road well.

“It’s definitely fun reliving the possibility of returning to South Williamsport,” Camarillo said. “But there’s still a lot of work to do.”

His 2015 Sweetwater Sluggers team posted a third-place finish in the U.S. Division bracket in Pennsylvania. His 2018 team didn’t quite make it that far.

But a lot of fond memories were definitely rekindled.

“I never thought I would set foot back at Sweetwater Valley Little League, so it was an adrenaline rush,” Lannom admitted.

Lannom’s three sons are well removed from the league. Mitchell, the oldest, is now a junior at Cal Poly San Luis Obispo while middle son Wyatt is a senior at Eastlake High School and youngest son Walker is a sophomore at the school.

Both Wyatt and Walker are still playing baseball. Both are involved in the Eastlake High School program during the school year and in travel ball out-of-season.

The elder Lannom said he returned to the managerial post for what he termed “the love of the game.”

Sweetwater Valley opened this year’s 12U district tournament with a 23-0 win over Chula Vista National on June 30. However, the team dropped a 6-5 decision to Chula Vista American in its next game on July 1 to drop to the single-elimination challenger bracket.

Sweetwater Valley remained in contention by defeating Southwest, 17-0, on July 3, topping Eastlake by a score of 6-2 on July 5 and eliminating Chula Vista American, 12-3, in last Friday’s challenger bracket final.

Selga hit a three-run home run in the championship game to put SVLL in the lead before Park View scored the come-from-behind win.

Sean Cannon, Torres and J.P. Ortiz each spent time on the mound in the championship game.

This year’s tournament was very competitive. Eastlake, the defending champion, was eliminated after three games.

“The district tournament is a good test to see the caliber of hitting and pitching you will face,” Lannom said.

Triple play
All District 42 championship games in the 10U, 11U, 12U and Intermediate 50/70 League divisions were contested between Eastlake, Sweetwater Valley and Park View little leagues. 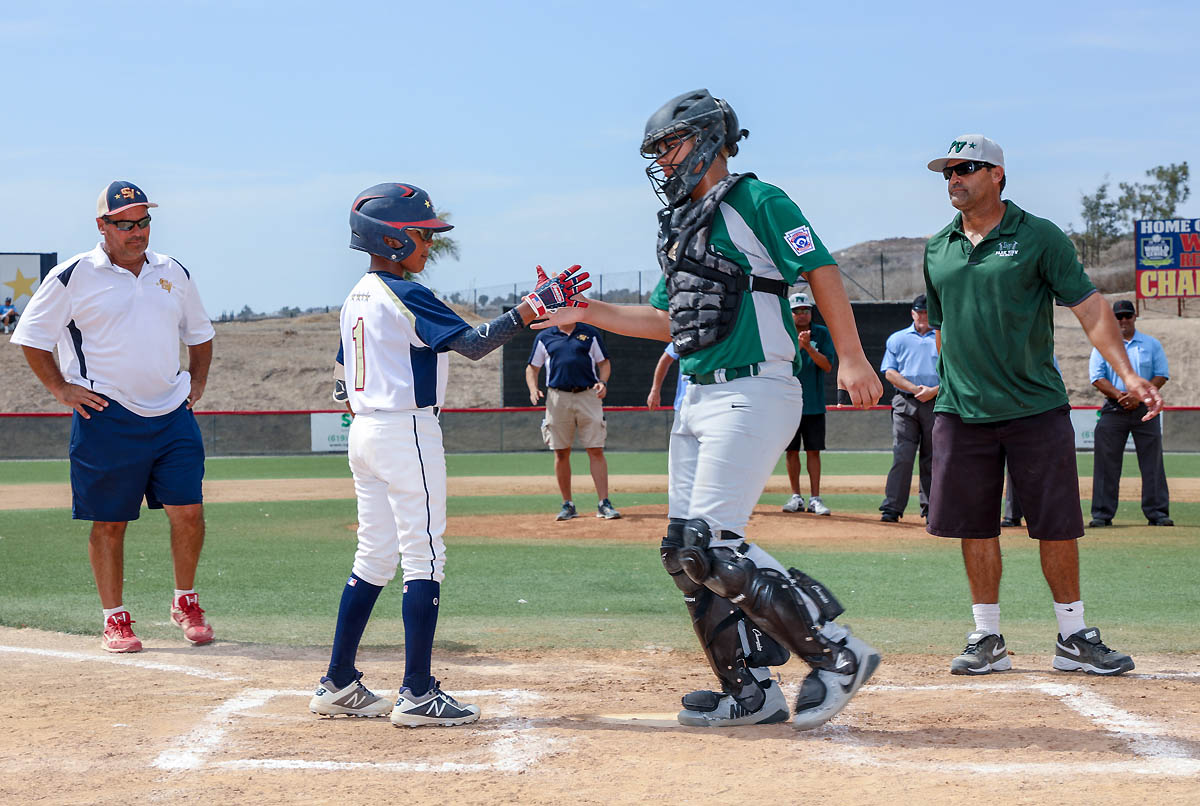 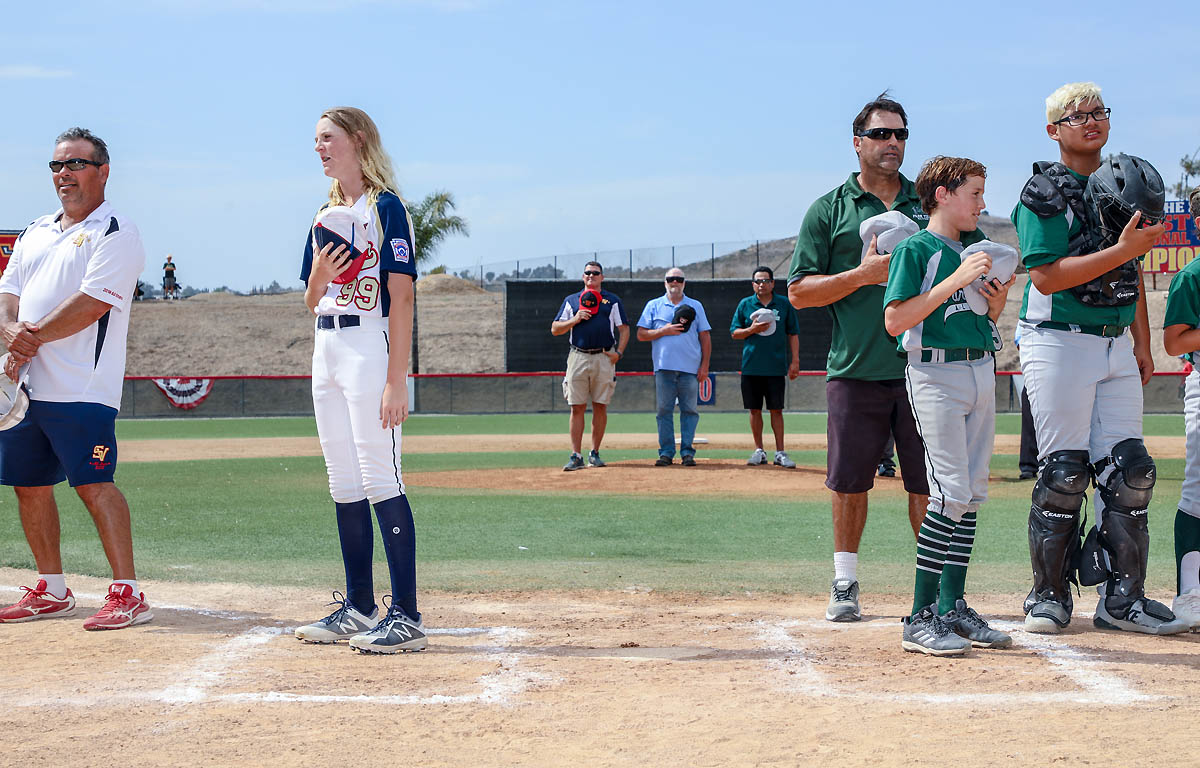 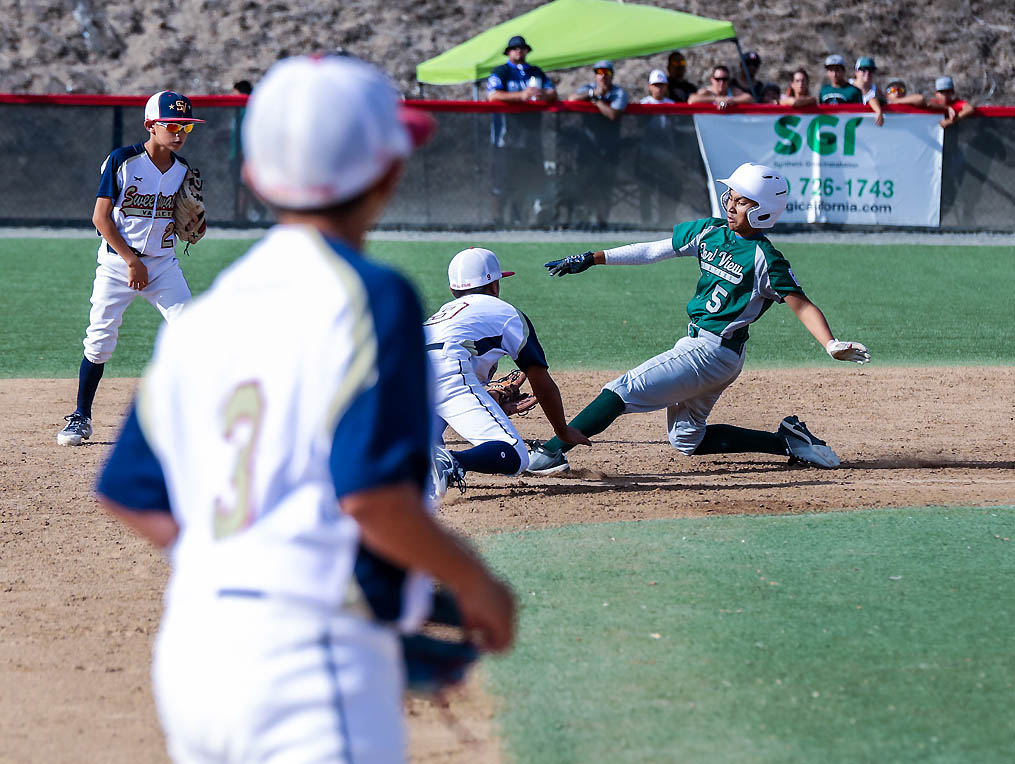 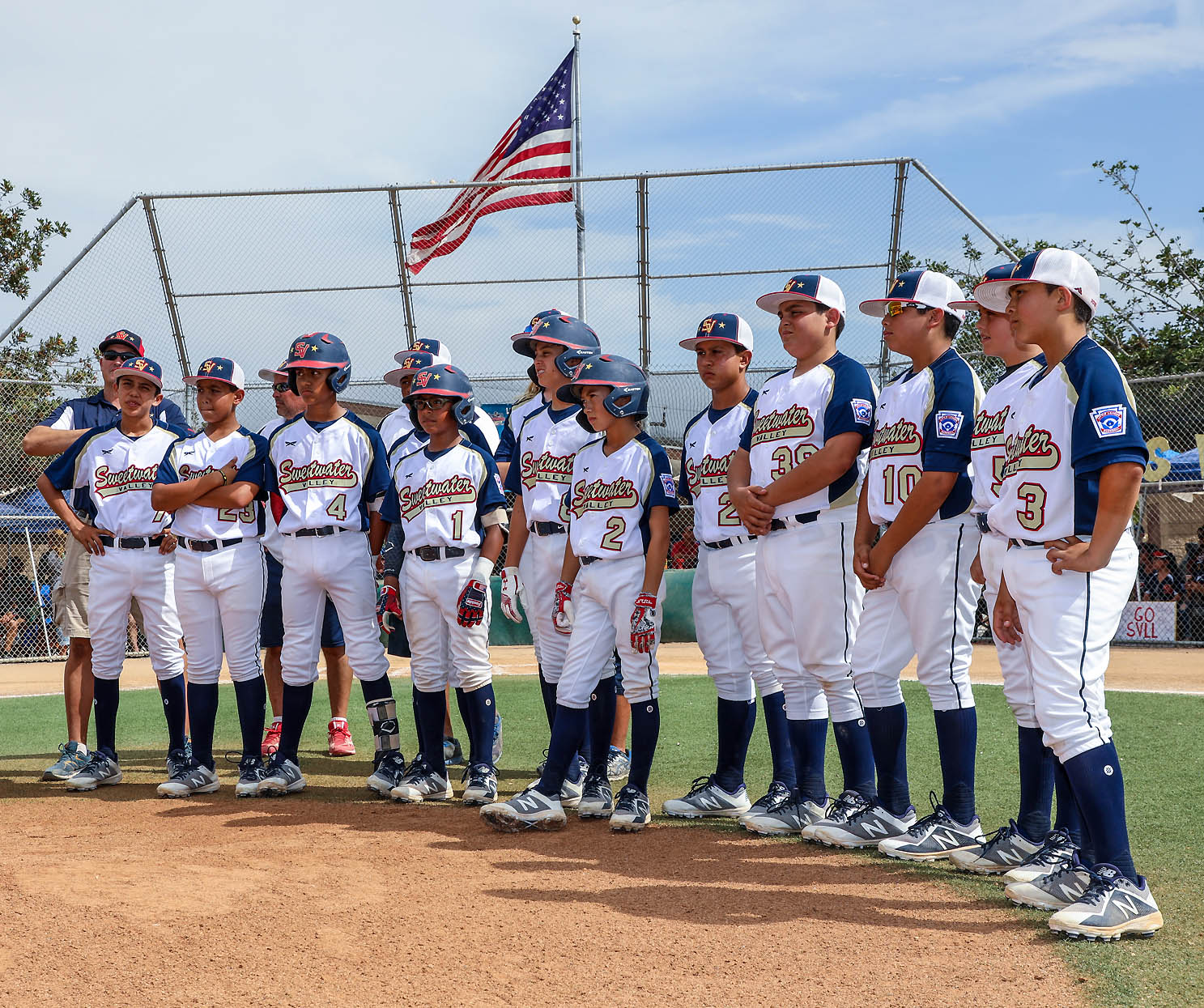 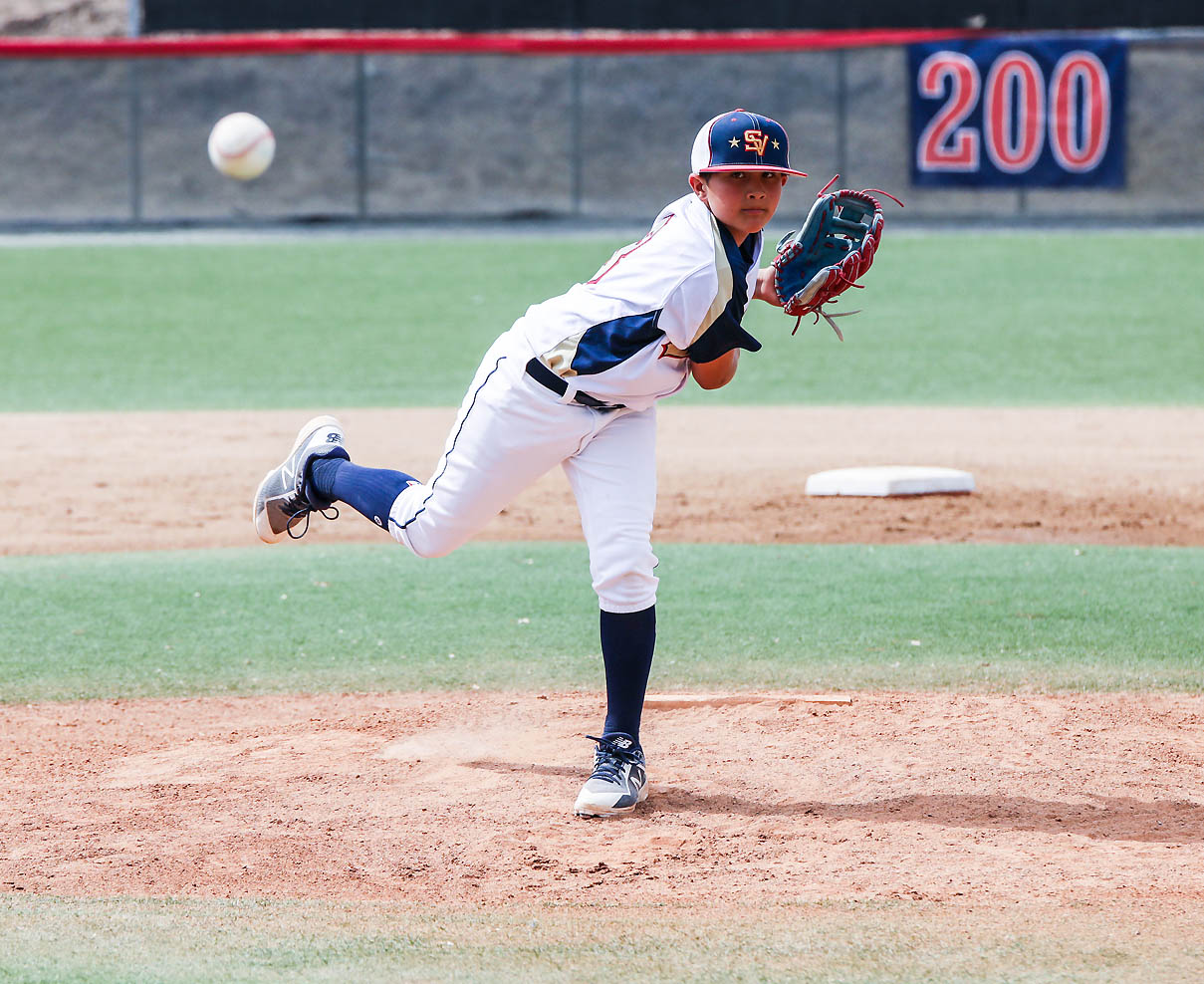 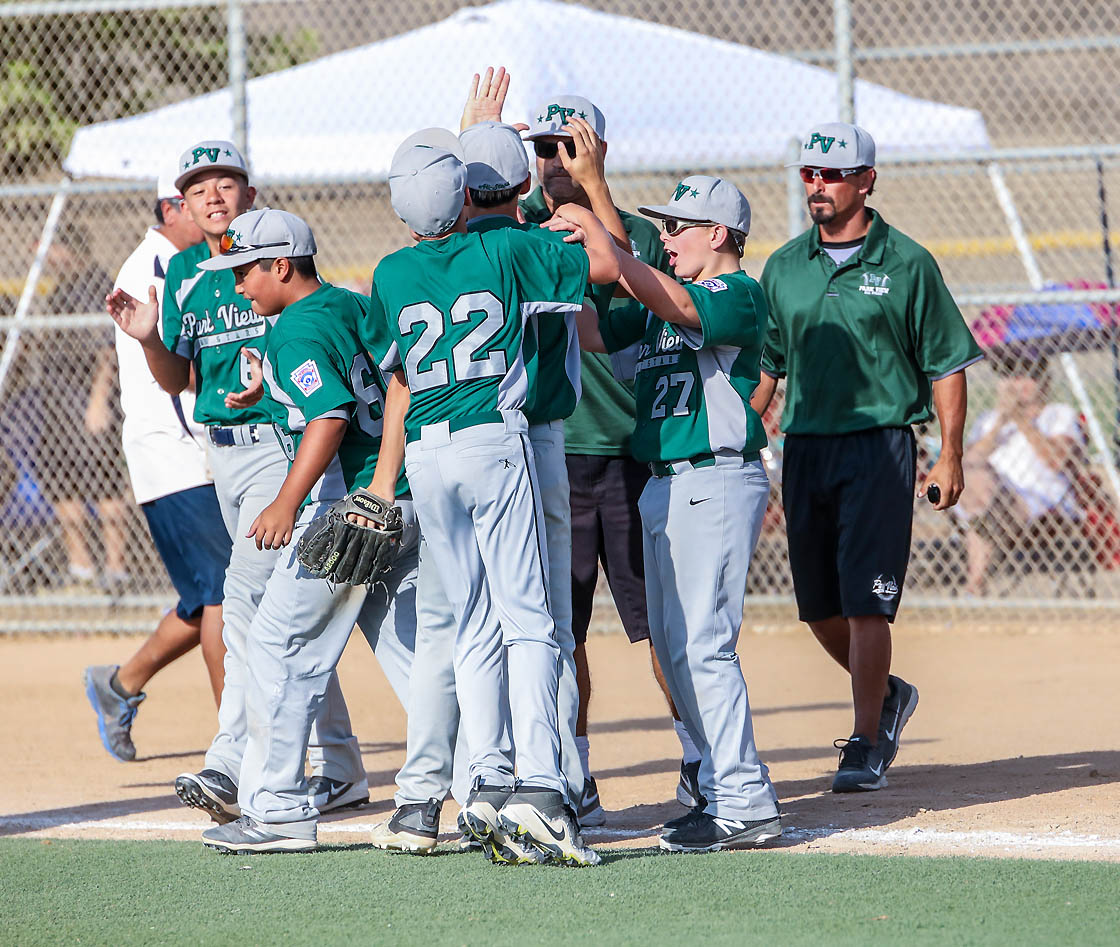 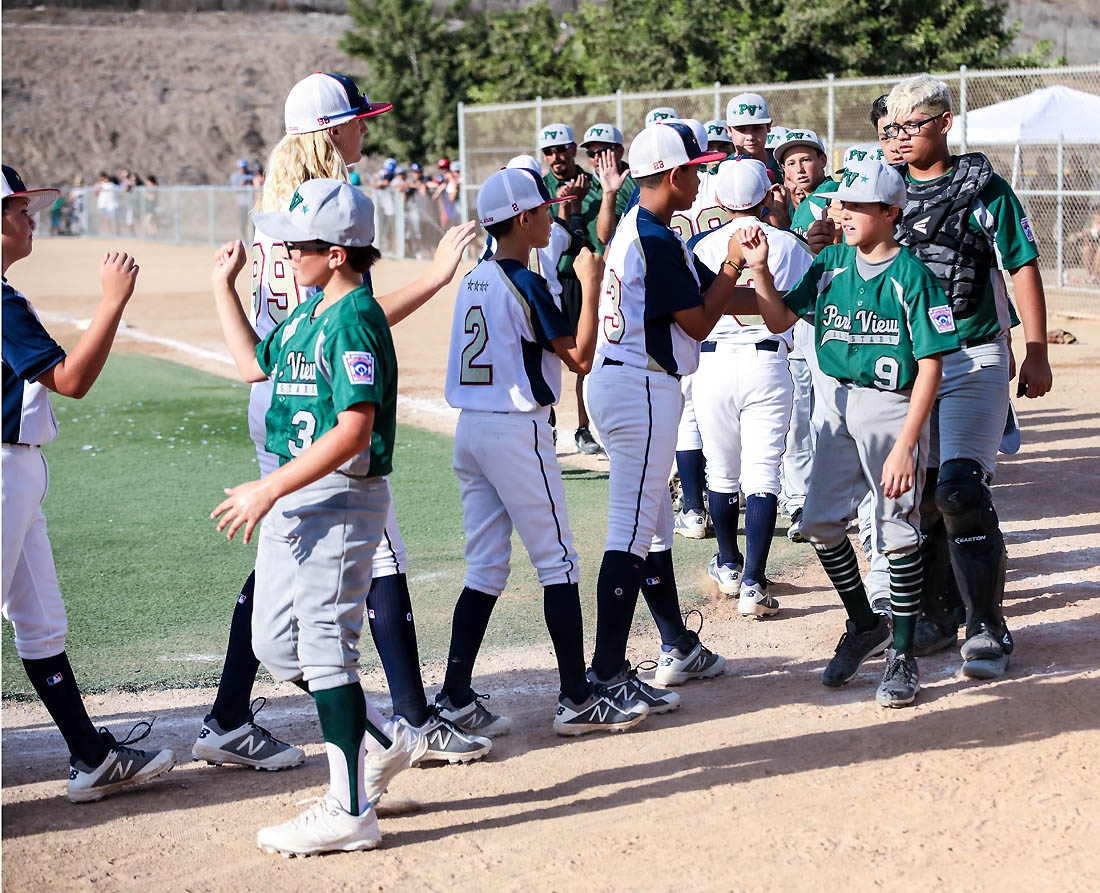 The California District 42 champions were unable to advance with a win in the double-elimination tournament.

“We fell short in sectionals but had a great time playing baseball at Alpine Little League, though it was not the outcome we were looking for,” Park View manager Johnny Fuentes said.

“The boys hung in there for both games, we just could not get the key hit in those crucial situations,” Fuentes said. “Overall, it was a great season and great memories where built with the boys and parents.”