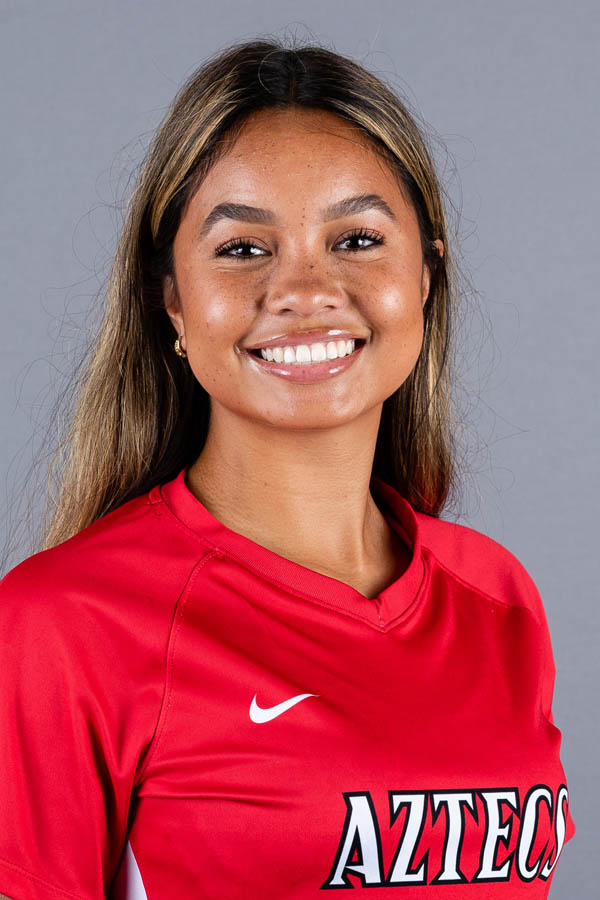 Gaines-Ramos, who helped lead Otay Ranch High School to the San Diego Section Division III championship to cap the 2019-20 season, has started 11 of the Aztecs’ 12 games to date. She has logged one goal and one assist, and the one goal was a big one — standing up as the game-winning tally in a 2-0 Mountain West Conference victory against Utah State Sunday at the Aztec Sports Deck.

The former Lady Mustang scored her first collegiate goal 13 minutes into the second half from a sharp angle after beating Aggies goalkeeper Diera Walton.

Gaines-Ramos appeared in all 11 games during SDSU’s shortened 2020-21 spring season with three assists, the second most by an Aztec true freshman in the last five years.

She was a member of the Bonita Rebels’ 2018 U18 USYS national championship squad.

Castro, who has started 10 of SDSU’s 11 matches, leads the team in scoring with six goals and one assist for 13 points.

Saturday’s USL Championship home match for the San Diego Loyal against Sacramento Republic (7:30 p.m., USD’s Torero Stadium) is very important for the home side as it closes in on securing both a playoff berth and home-field advantage in the first round.

The second-year Loyal (13-10-4, 43 points) has a magic number of eight to clinch Pacific Division playoff berth. It can clinch a home playoff match with a second-place finish in the division standings.

The Loyal is currently in second place behind the division leader Phoenix Rising (18-4-5, 59 points). Last Saturday’s 3-0 win at the L.A. Galaxy II helped separate the Loyal from the teams beneath them in the standings.

Several noteworthy honors were recorded in the team’s latest victory.