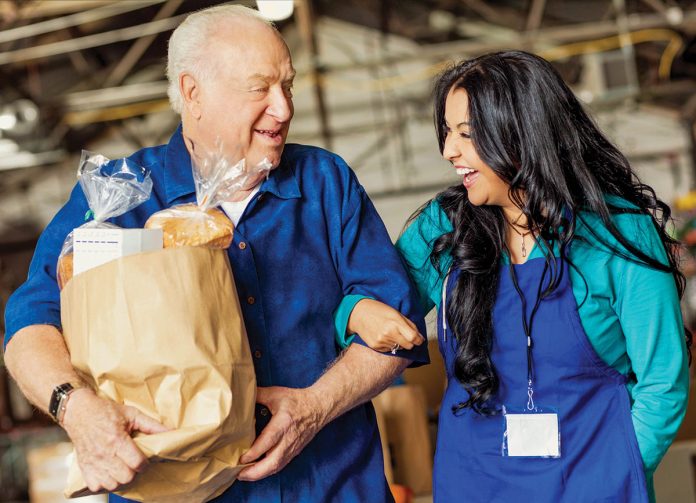 Local immigrant rights advocates say fear and confusion has already been caused by a public-charge rule the Trump administration issued on Aug. 14, which is planned to go into effect Oct. 15 and further restrict immigration by denying green cards and visas to immigrants who use or are likely to use a wide range of public benefits.

“This to me is the Achilles heel of the immigrant population as they are working toward building a sustainable and self-sustaining future to attack their ability to rely on some support while they are adjusting,” Toppozada said. “It is no secret that any immigrant arriving to a new country needs time to adjust.”

In an effort to provide people with accurate information and clarify who will be directly affected by the public-charge rule changes, CCDSD will host an informational presentation at Our Lady of Guadalupe, located at 345 Anita St., on Sept. 9 from 6 to 8 p.m.

“We don’t want to see people not accessing food, not accessing reduced lunches for their children, going hungry,” Toppozada said.

California, immigrant advocacy groups and 16 other states have filed lawsuits in an effort to block the changes to the public charge rule. This marks California’s 56th lawsuit filed against the Trump administration.

The ACLU of San Diego and Imperial Counties said they hope litigation that has been filed will prevent the changes from going into effect, and encourage families to seek information about how benefits they access could affect their immigration status in the meantime.

According to the Migration Policy Institute (MPI), a nonpartisan organization that seeks to improve immigration and integration policies through research and analysis, the rule is likely to have “chilling effects,” making people in immigrant households, both citizens and non-citizens, fearful of receiving public benefits.

A 2018 study by the UCLA Center for Health Policy and Research found that the public charge rule changes could cause up to 2.2 million Californians in immigrant families to disenroll from using CalFresh nutrition assistance and/or Medi-Cal health insurance, including 137,000 people in San Diego County, most of whom would not actually be subject to the public charge test.

Alliance San Diego, a community empowerment organization, will host an immigration workshop about naturalization and the public charge rule changes on Sept. 15 from 11 a.m. to 1 p.m. at Thai Buddhist Temple in Escondido. For more information about their immigration workshops, visit their website www.alliancesd.org.

Chair of the San Diego Immigrant Rights Consortium Lillian Serrano said she’s seen a chilling effect locally since drafts of the public-charge rule were published in 2018.
“For the past year what we have seen is a lot of fear in immigrant communities being really conscious about when and what kind of services they’re using,” Serrano said. “We have seen a lot of families stop using services that they’re entitled to, some of them even disenrolling in programs.”

A report by the Urban Institute, a non-profit research organization based in Washington D.C., found that 20.7 percent of adults in low-income immigrant families reported avoiding public benefits programs in 2018 due to fear that it could jeopardize their immigration status.

The MPI reports that reduced public benefit participation could result in higher poverty levels and an increase in severe and chronic health issues for individuals, families and local communities.

Serrano said the changes to the public-charge rule are just another attack on low-income immigrants by the Trump administration, and it will take years for immigrant communities to trust government agencies again.

“We have to understand that what the president is doing is specifically targeting a group of people just because of the color of their skin, for their language they speak,” Serrano said.