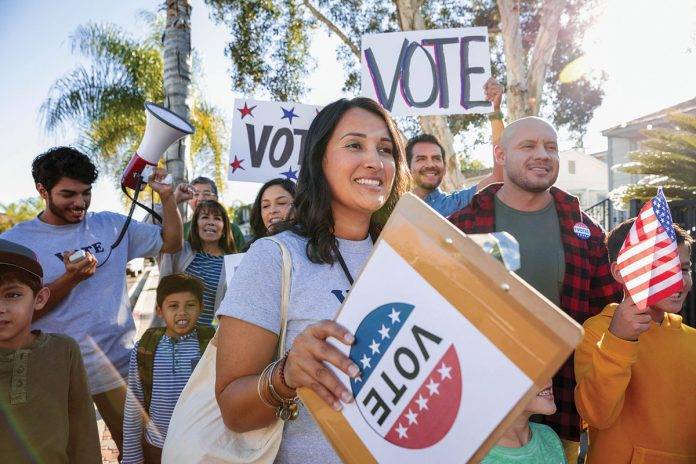 The virtual event was structured to be as interactive as possible, with short talks from both speakers and several small group breakouts loosely directed by the moderators to encourage conversation between attendees.

All four of the moderators and speakers agreed that women often find their way into politics as a natural development from volunteering at a local level and being active in their community, then went on to encourage local attendees to seek out volunteer opportunities as a first step on the political pipeline.

“I think there is a path and women are more likely to start on the school board, move to city council and then up the ranks. Men wake up and want to run for Congress where women often serve on something like the Parent-Teachers Association board first, and that can make them better leaders,” de Joseph said.

Kroll said recognizing people have freedom over their own time and can direct their efforts toward a ‘passion project,’ in politics was something she learned from a college professor who also taught at Google under a company policy that directs employees to spend 80% of their time on work and 20% on a passion project.

“It blew me away to recognize we have freedom over our own time,” Kroll said.

For her, that passion project was developing courses to teach women about building political careers, but the idea itself is integral to women starting out in politics with passion for a particular area of interest, a suggestion posed by de Joseph as well.

“Everyone has something they’re interested in but I think women have a lot of passion in different areas when it hits close to home: what your streets are like, how are schools in the area, do we need another grocery store?” de Joseph said.

There are many roles in the field, de Joseph said, from running for office to working on policy.

“Volunteering is the first step, reaching out to elected officials. The next step after volunteering is working with community activism groups that work alongside legislators,” de Joseph said.

“There are about 500,000 elected offices to about 200,000 dentists—this is definitely something you can be a part of in your community and there are so many ways to serve when we’re talking 500,000 positions. Running for office isn’t just running for Congress, there are opportunities for everyone’s passion,” Kroll said.

De Joseph later said that anyone who starts at a lower level develops skill sets along the way that are invaluable for serving in politics, as well as inadvertently learning patience and persistence.

“Often, for women to break through it’s just about staying in the game. It’s not a friendly profession, politics. Hillary Clinton said she had to grow the skin of a rhino to be in politics. You can’t run for office once, stop and give up,” de Joseph said.

“Engaging in community dialogue is an important way to feel the pulse of the community, and hear what other residents are passionate about and motivated to work on. It’s also a powerful way to build relationships, something we know is the cornerstone of being a successful community representative,” McGuire said.