The San Diego Section water polo playoffs are about to make a splash in both gender fields.

Hilltop High School carries a composite 24-2 record (12-0 boys, 12-2 girls) into Saturday’s final regular season games at El Capitan High School. The double-header faces off with a boys game at 8:30 a.m. between the Lancers and host Vaqueros (10-3) while Hilltop will engage the Lady Vaqueros (8-5) in a girls game at 9:30 a.m.

The section seeding meeting is scheduled the following day on Sunday (June 6).

The top-notch end to the 2020-21 season has been just what Hilltop head coach Ernie Medina wanted to see. The Lancers have had to make up ground following the conclusion of the 2019 season and the delayed start to this season.

“After Hilltop narrowly missed the opportunity to advance in the Division III playoffs in 2019, the boys made a pact to get better,” Medina said. “They have worked very hard and continue to work hard at practice and games. Mindset and focus have been the key for the boys and girls this season. We hope to go deep into CIF Division III.”

Medina is hoping all that hard work plays off with an upper end seed in the upcoming playoffs.

Hilltop’s boys squad enters Saturday’s season-ending double-header with a bid to finish regular season play with an undefeated record. The Lancers enter the contest ranked first among Division III schools ahead of No. 2-ranked Santa Fe Christian (8-3) and No. 3-ranked Scripps Ranch (7-5).

El Capitan, which is 6-2 in the Grossmont Valley League standings, is ranked ninth in Division II. 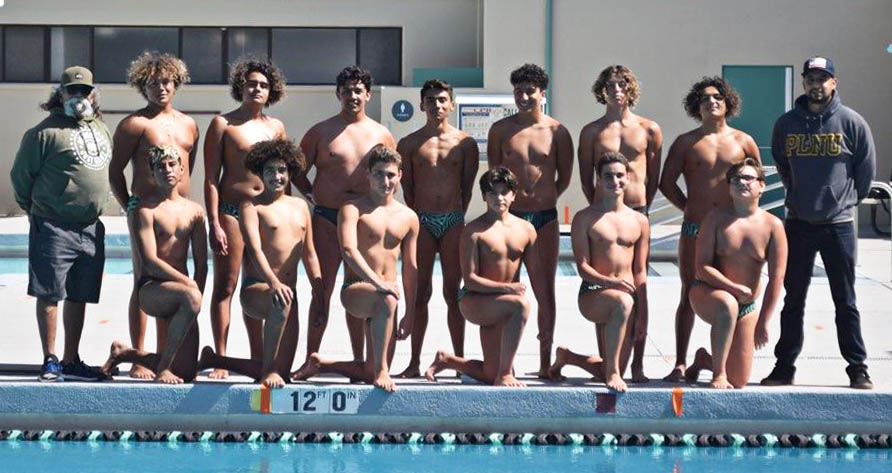 Hilltop’s boys squad wrapped up an undefeated Metro-South Bay League schedule with a 22-6 victory against Olympian May 27 at the Las Palmas pool. Prior to that, the Lancers defeated Otay Ranch, 20-3, on May 25 in another game at the National City pool.

Hilltop’s girls team wrapped up league play with a 6-0 record following a 17-8 win against visiting San Ysidro on Wednesday (June 1) that built on a 17-4 win over Olympian May 27 at the Las Palmas pool. The Lady Lancers defeated Otay Ranch, 22-7, on May 25 after defeating San Ysidro, 19-4, on May 20.

The lop-sided scores are not a misprint. Hilltop previously defeated Otay Ranch (23-11 on May 13) and Olympian (18-0 on May 18) by large margins in first-round play.

The Metro Conference was split into three leagues for 2020-21 spring competition based on combined power rankings from both genders.

Not all teams completed their schedules.

Castle Park finished as the top team in the Metro-Pacific League boys standings.

Mar Vista, heading into Friday’s final regular season game at Rancho Bernardo, is ranked 11th among both gender fields in Division I.

The win over Eastlake gave Hilltop its first inkling that something special might be in store this season.

Aidan Garces led the Lancers with seven goals while Raul Rico and Nicholas Garces followed on the scoresheet with four goals apiece. Carlos Mendez and Nikos Kapetanios both scored once while goalie Timothy Roa kept his team afloat with 18 saves.

“Eastlake has a tradition of aquatic strength in the South Bay,” Medina noted. “We have always respected their talent and coaching staff. We feel that we were well prepared and felt good and honored to play with them at a high level of water polo. It was a good win.”

The Lancers opened up an early 4-0 lead on the Crusaders before MDC rallied to narrow the score to 5-4. Hilltop managed to preserve its lead at 6-5 before the Crusaders completed their comeback to tie the game, 6-all, with 3:37 to play in the final quarter.

The Lancers notched the game-winner with 3:29 to play in a rapid exchange of goals within a span of eight seconds. Nic Garces finally settled the issue with the final goal of the contest.

Hilltop opened league play with a 24-11 win over Otay Ranch May 13 at the Parkway pool. Rico led the Lancers on the scoreboard with 11 goals while Nic Garces followed with five tallies. Aidan Garces scored four goals while Evan Rodriguez and Kapetanios both had one goal in support of Roa (12 saves).

Rico keyed the Lancers with six goals over a young Monte Vista team while Petros Kapetanios contributed four goals. Liam Romero broke through with three goals while Nikos Kapetanios and Rodriguez spread around the scoring with two goals each.

Sophomore Caeleb Collins, junior Diego Vazquez and senior Josh Rivera each scored two goals for the Eagles (2-4 in league, 5-6 overall) in the last game against Hilltop while senior goalie Leonardo Martinez was credited with seven saves.

Otay Ranch edged Olympian, 16-14, on May 25 to sweep its two games against the Eagles and improve to 2-2 in league play (with a pair of no-contests against San Ysidro).

Otay Ranch defeated Castle Park, 15-13, in a double overtime non-league game on May 24. The game was tied at 10 through regulation. The Mustangs scored three times in the first overtime period and tacked on two more goals in the second overtime period to secure the victory.

Otay Ranch defeated Montgomery, 20-8, in another Metro-South Bay League/Metro-Pacific League cross-over game on May 21 after dealing league rival Olympian a 14-11 setback on May 20.

Senior Gavin Baldo led the Eagles with five goals in the loss to the Mustangs while Collins collected three goals in the game against east side rivals. Martinez had 12 goalie saves to buttress the winners.

Olympian defeated Castle Park, 12-9, in a non-league game on May 11 as Metro-South Bay League teams generally held the upper hand over teams from the Metro-Pacific League.

Mater Dei Catholic secured a tie for second place in the league standings after defeating Eastlake, 15-10, on May 27. Brown keyed the Crusaders with seven points (six goals, one assist) while Dare collected six points (five goals, one assist).

Mater Dei, led by Brown with five goals and two assists, defeated Bonita Vista, 20-10, on May 25.

Eastlake defeated Mater Dei Catholic, 15-10, in a first-round matchup on May 18. Dare led the Crusaders with four goals in the loss.

Wilson ranked second on the team with 24 steals, followed by Dickson had 21 steals, Rector with 20 steals, Ibarra with 19 steals, Spaulding with 18 steals and Field with 15 steals.

Montgomery is 5-5 overall. The Raiders are 3-4 overall while the Spartans are 0-9 overall.

Other top returners included seniors David Bernal and Rodolfo Salas while veteran goalie Ivan Galindo had a “a tremendous year,” according to the CPHS coach, with a personal best 14 blocks in a game.

Castle Park dropped a 24-12 non-league encounter against Serra on May 7 and lost, 19-14, to High Tech High San Diego in a non-league game on April 27.

Senior Anna Cetnar led Mater Dei Catholic with a hat trick of her own while junior goalie Adriana Sammartano was credited with nine saves.

Mater Dei Catholic (8-6) is ranked immediately behind Hilltop among Division III teams. A playoff rematch could prove quite eventful.

Mater Dei Catholic defeated Eastlake, 6-5, on May 27 but dropped a 13-4 decision to Mar Vista on Wednesday to finish 3-3 in league play.

*San Ysidro did not field team

Eastlake (4-8) received the No. 11 seed in the Division I boys field

Mater Dei Catholic (6-7) received the No. 11 seed in the Division II boys field

Otay Ranch (5-4) received the No. 9 seed in the Division III boys field

Eastlake (5-8) received the No. 7 seed in the Division II girls field