It’s crazy to think that this is just the second week of September and many high school football teams in the San Diego Section will be playing their fifth game this weekend.

The season is indeed going by fast, perhaps too fast.

What can be said at this point? Certainly the teams that seem to have what it takes to win on a consistent basis have made their presence known.

La Costa Canyon and Torrey Pines, both with spotless 4-0 records, lead an elite group of 16 undefeated teams in the section.

There is a large group of teams with 3-1 records, among them Mar Vista and Eastlake, both of which have won their last three games after being shut out in their season openers.

In particular, Eastlake appears to be gaining momentum after outscoring its last three opponents 112-17. The Titans blanked a strong Grossmont team, 35-0, last Friday after building a 21-0 first quarter lead.

Eastlake plays at winless Valhalla (0-3) this Friday. Don’t be surprised if the Titans register another blowout. The Norsemen, who have been outscored 90-34, are positioned at the bottom of the Division II rankings.

Eastlake head coach John McFadden said he believes his team is getting better each week.

“Grossmont is a very good team, and we outplayed them in every aspect of the game,” McFadden said. “The players and coaches are starting to mesh together and it really shows.”

Sophomore quarterback Richard Colmenero continued to gain confidence by completing seven of 10 passes for 151 yards and two touchdowns to post a 152.1 quarterback rating. Eastlake piled up 306 rushing yards and three touchdowns to round out the team’s offensive showing.

De Los Reyes had two catches for 63 yards and one touchdown while junior Holden Stephens caught a 28-yard scoring pass.

The Titan defense, however, remains the talk of the town.

Seniors Josh McCurty and Quinton Johnson recorded nine tackles each to lead the team defensively. McCurty registered one tackle for a loss, two quarterback hurries and one pass deflection.

“The leadership of Josh McCurty has been a very powerful tool — the players see him buying in and follow his role,” McFadden said.

Senior Jack Hay had one sack.

Grossmont totaled 82 passing yards and 39 rushing yards in the loss.

But the Titans, ranked fifth in the section according to the MaxPreps rankings logarithm, cannot rest on their early season laurels entering Metro-Mesa League play.

“All the teams in the league have played a tough schedule,” the Eastlake coach cautioned. “I think Otay Ranch, Olympian and Eastlake have played the toughest schedules and we are looking pretty good as of now. In CIF I think we can compete with any team in San Diego, and I would love to be in the Open Division.”

Stars of the game: 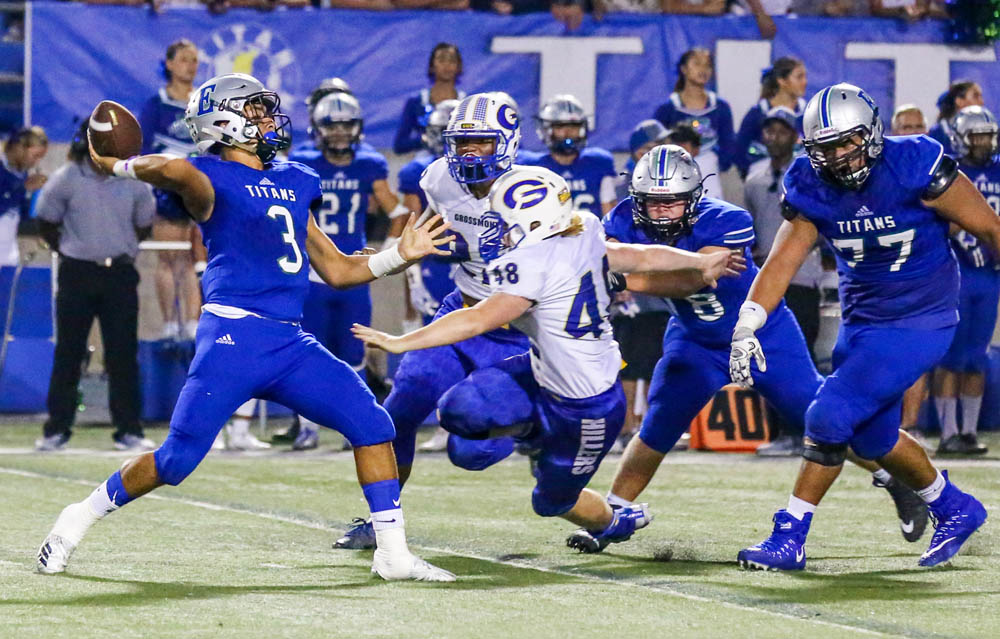 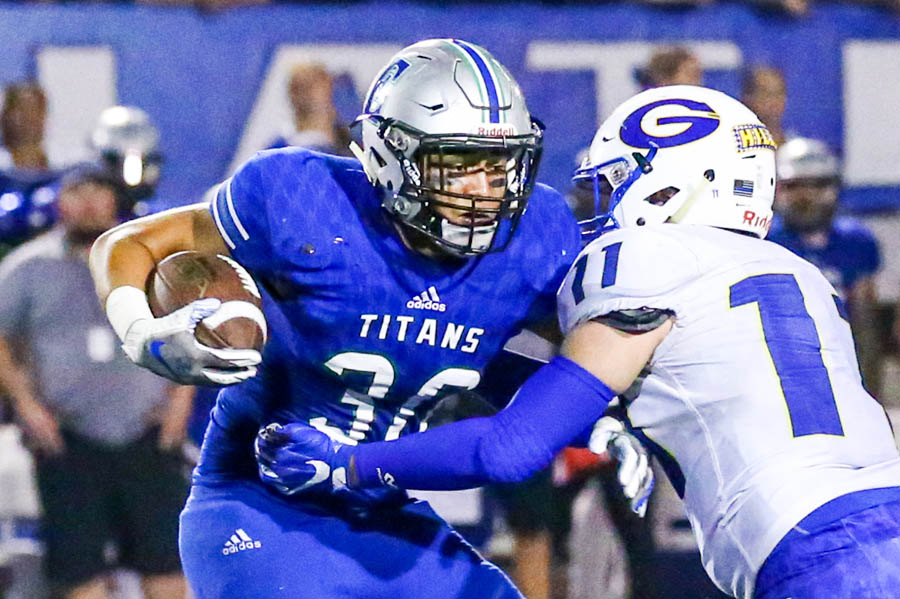 “I thought our front seven did a nice job neutralizing their skill positions,” Arciaga said.  “We put a lot of pressure on the quarterback — senior Damon Thomas had four sacks — and our offensive line did a nice job moving the line of scrimmage.”

Defensively, Mar Vista recorded seven sacks and two interceptions. Thomas led the team with 13 tackles while Galeana and sophomores Pablo Malave and Lyzaiah Wright both had one sack.

The Mariners led 13-0 after the first quarter and 20-7 at halftime.

Mar Vista takes its three-game winning streak into Friday’s home game against University City before travelling to Santana the following week in a pair of key non-league matchups. Both the Centurions and Sultans are currently 3-1 on the season.

“We have a tough game against University City this week,” Arciaga noted. “They are very good at their skill positions and can score a lot of points. We have to make sure we control the ball on offense and limit the amount of time that their offense is on the field.”

The Mariners have moved up the Division IV rankings to sixth place, one place behind Santana. Kearny (3-0) has replaced San Diego (3-1) as the top-ranked team in the division while Chula Vista, despite dropping its last two games, is ranked third in the division ahead of Del Norte, another team boasting a 3-1 record.

“Overall, our staff is happy with the momentum that we have,” Arciaga explained. “We are very thin — we only suit up 29 to 31 players — as he have had some injuries. Our kids are playing hard and continuing to get better.

“In our league, Sweetwater and Hilltop have played a very tough schedule, but they are improving each week. Chula Vista is playing good ‘old school football’ with a great ground game and sound defense. I think this could be one of the more competitive leagues from top to bottom in all of San Diego County.”

Santana topped host Clairemont, 28-7, last Friday to get back into the win column following a 48-7 loss to Christian. Converted quarterback Sean Iverson completed three touchdown passes without an interception to lead the Sultans to the win.

Meanwhile, Mountain Empire (3-1) hosts Coronado (3-1) in a key non-league game on Friday as the rankings in all divisions continue to fall into place.

Mountain Empire picked up its third consecutive shutout win by blanking host Silver Valley, 20-0, last Friday behind another strong defensive effort. The Red Hawks have now outscored their last three opponents 96-0, including wins over San Ysidro (35-0 on Aug. 24) and Hoover (41-0 on Aug. 31).

Mountain Empire hosts Hilltop in a non-league game on Sept. 28.

But that could change this Friday.

Bonita Vista has played one of the section’s toughest schedules to date and is likely a better team than its record indicates. The Barons have been outscored 207-13, including 35-0 by St. Augustine and 62-0 by Madison, two teams bidding for berths in this year’s Open Division playoffs.

Bonita Vista lost, 47-7, last Friday at Steele Canyon and seems to have put the toughest part of its schedule behind it. The Barons play their next three games at Southwestern College.

“Our next three games are all against respectable programs and coaches,” BVHS head coach Sam Kirkland explained. “We’re looking forward to finally getting to play some of these familiar opponents as we start preparing for league.”

Patrick Henry has been outscored 168-12 in its four games thus far while scoring just one touchdown. The Patriots are averaging just 59.3 passing yards per game and 36.8 rushing yards per game.

Sweetwater’s non-league schedule to kick off the season has been no less grueling.

Sweetwater is averaging 119.5 rushing yards per game, so there is hope of a turnaround. Senior Luciano Estophier has rushed for 343 yards and two touchdowns in four games.

El Cajon Valley has been outscored 217-13 in its four games. The Braves have been shut out in their last three games: 76-0 at Coronado on Aug. 24, 55-0 against visiting Kearny on Aug. 31 and 44-0 against visiting Serra last Friday.

Following this Friday’s game against the Braves, the Devils host San Ysidro on Sept. 28 and play at Montgomery on Oct. 5 before hitting Metro-South Bay League play.

The combined record of Sweetwater’s final six opponents: 7-17. That’s quite a turnaround from the opening four games.

San Ysidro has been out-scored 124-22 in its first four trips to the gridiron. The Cougars have been shut out twice: 35-0 at Mountain Empire on Aug. 24 and 39-0 against visiting Hilltop on Aug. 31.

Game of the Week:
Grossmont Foothillers at Eastlake Titans 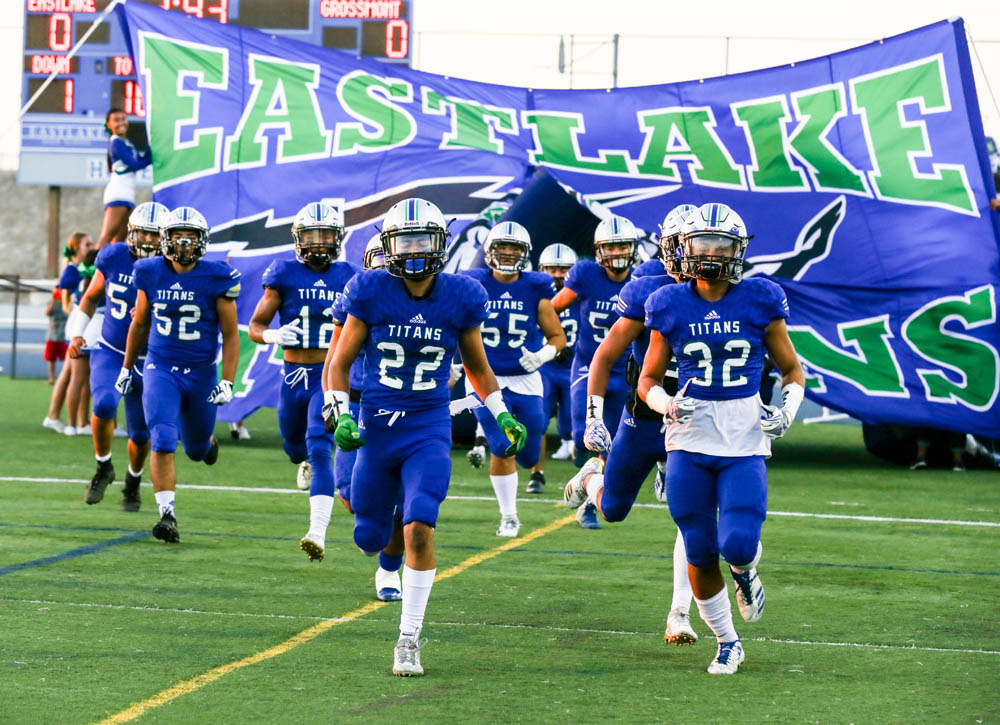 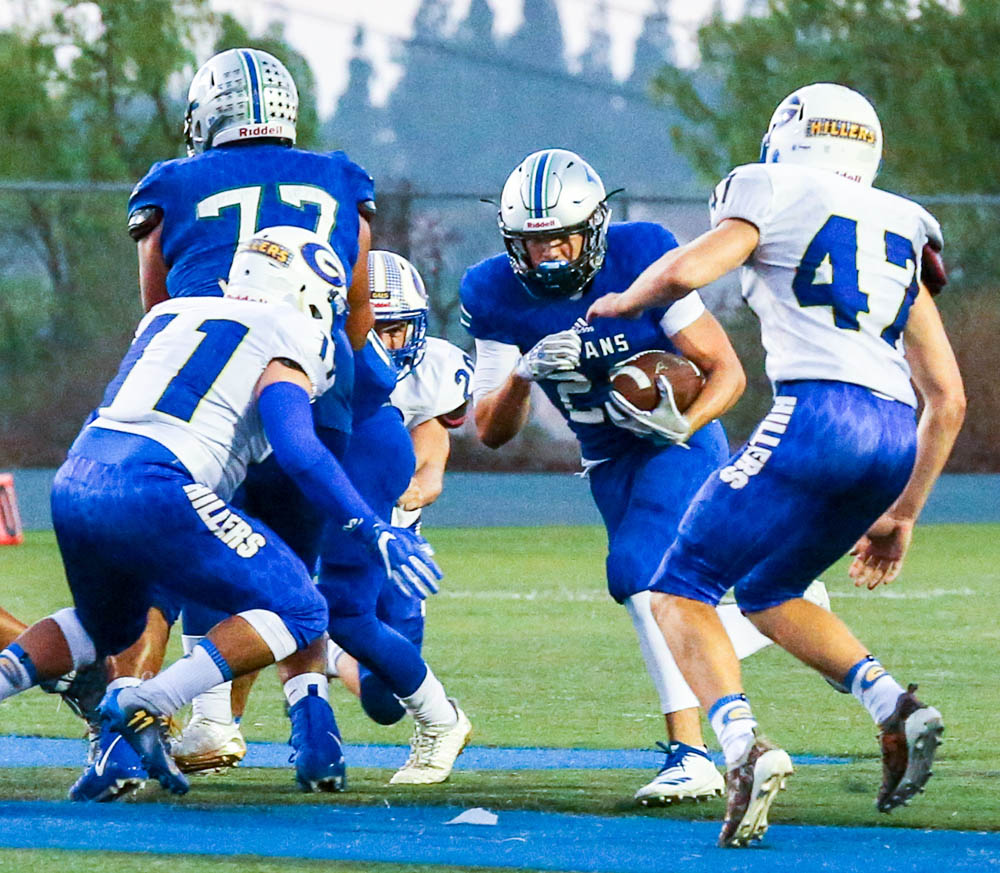 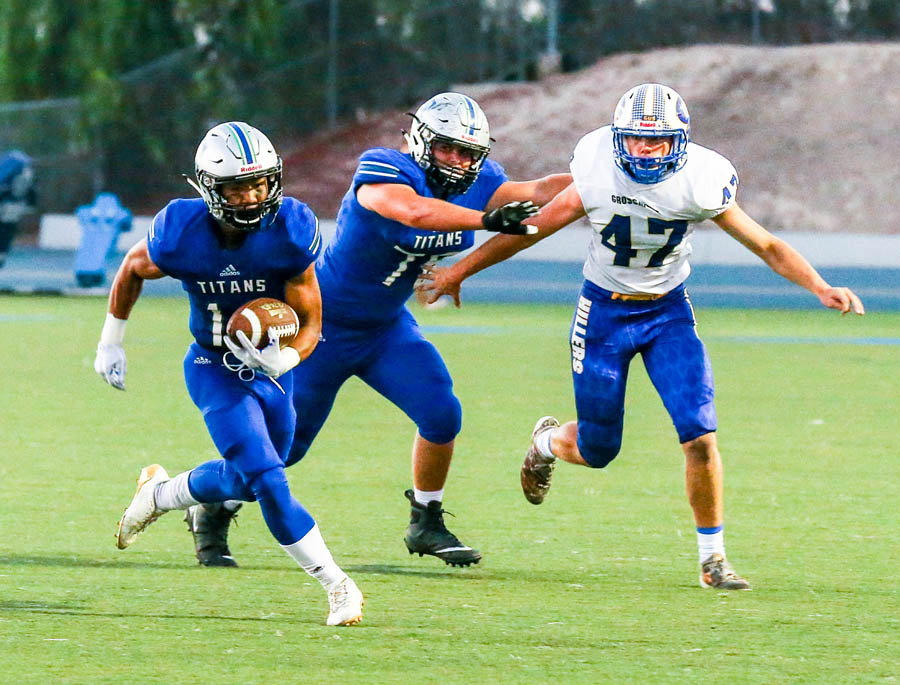 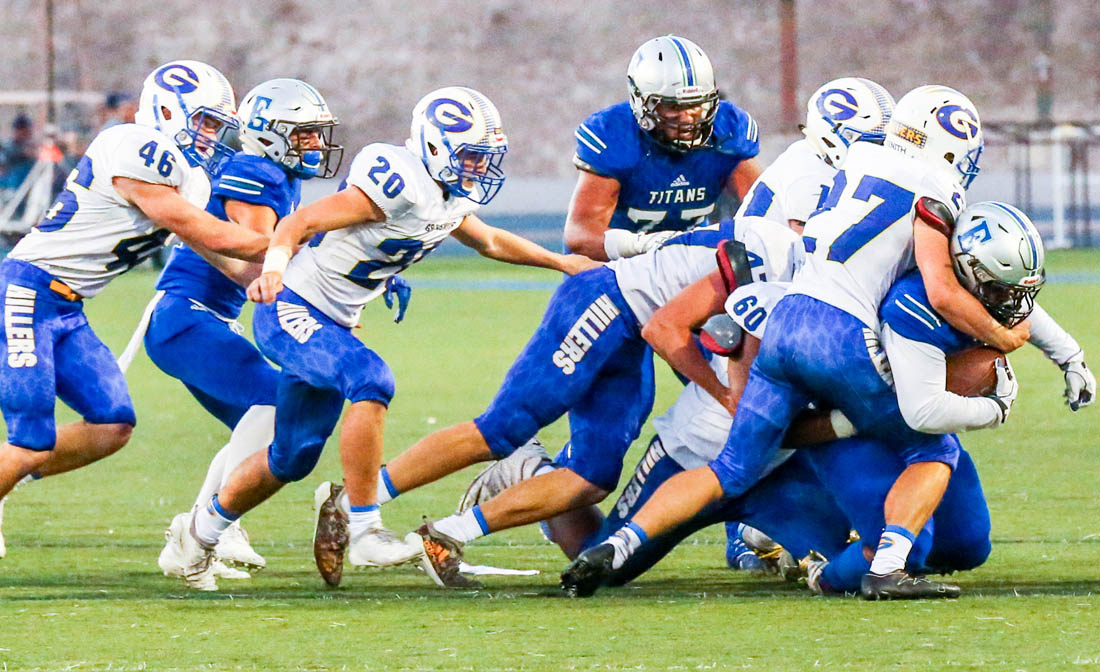 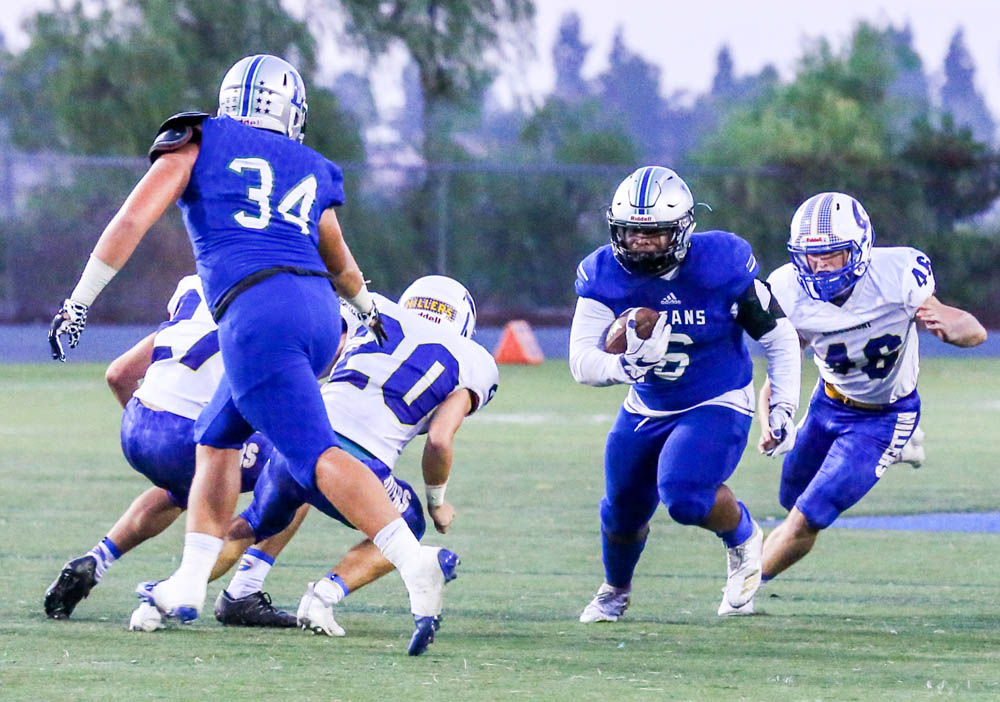 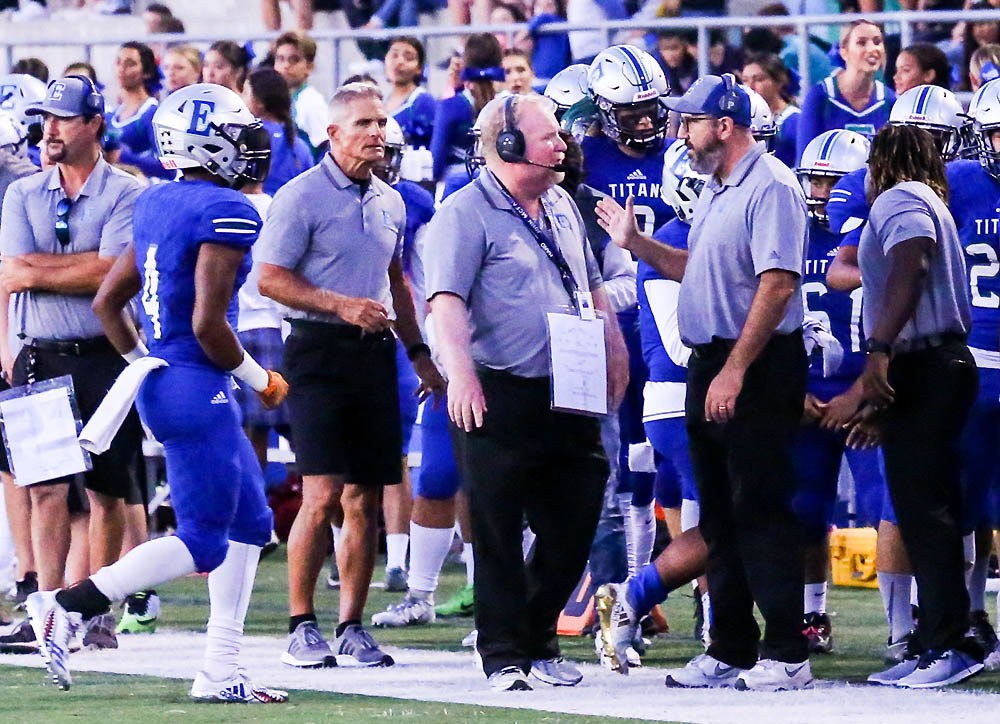 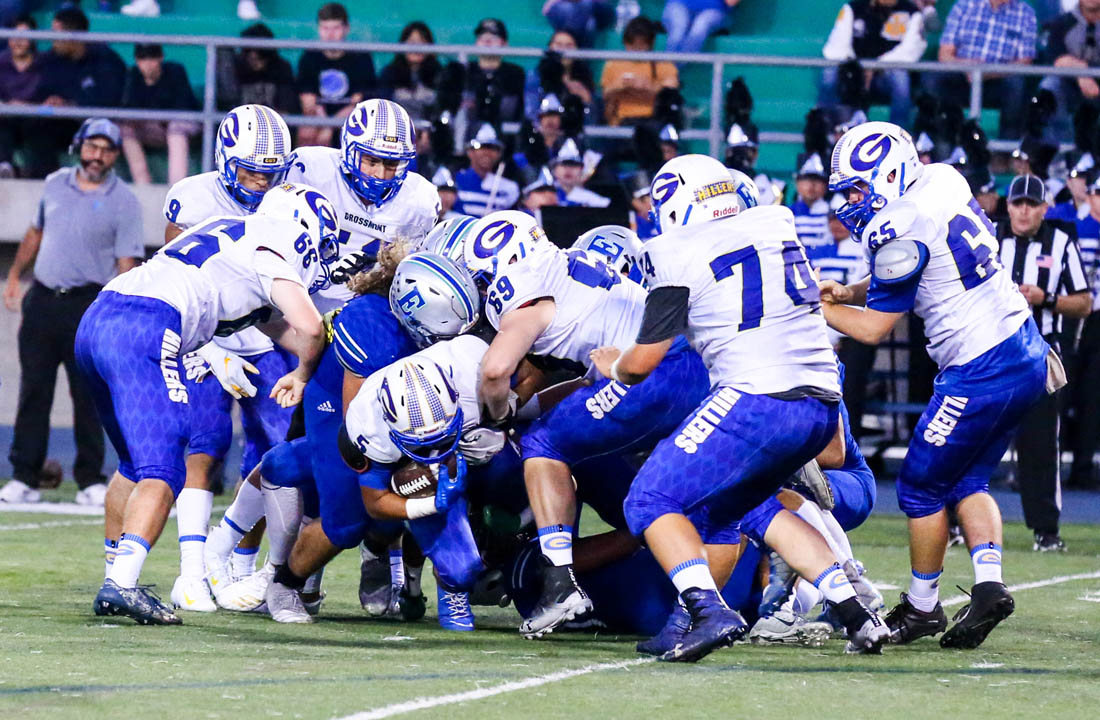 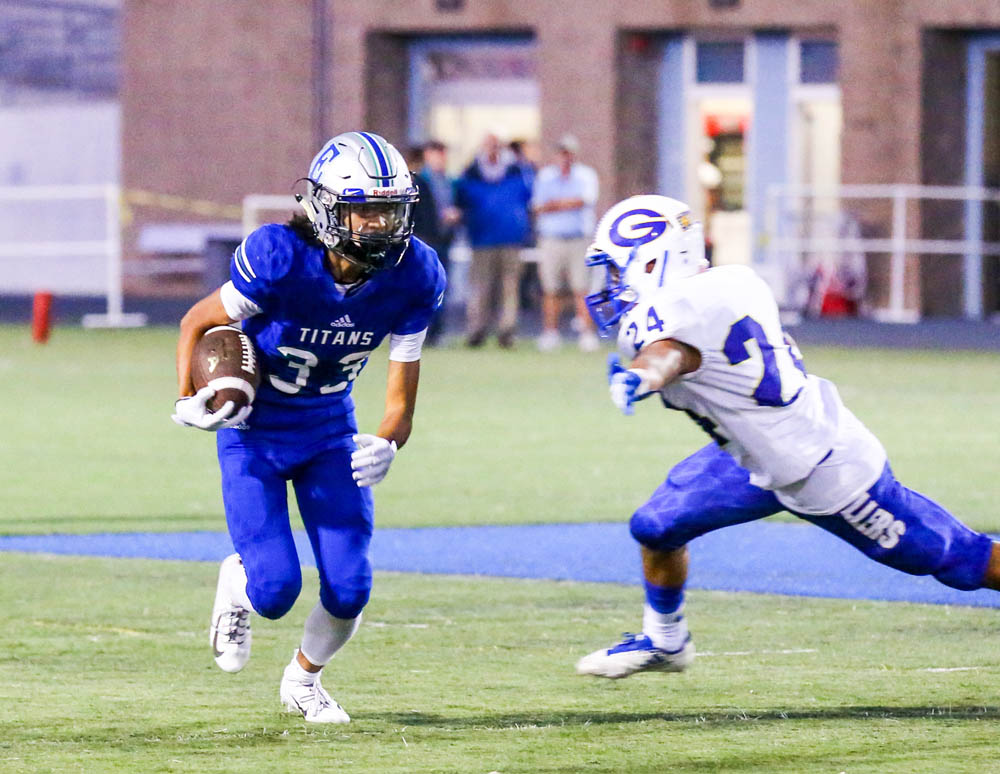 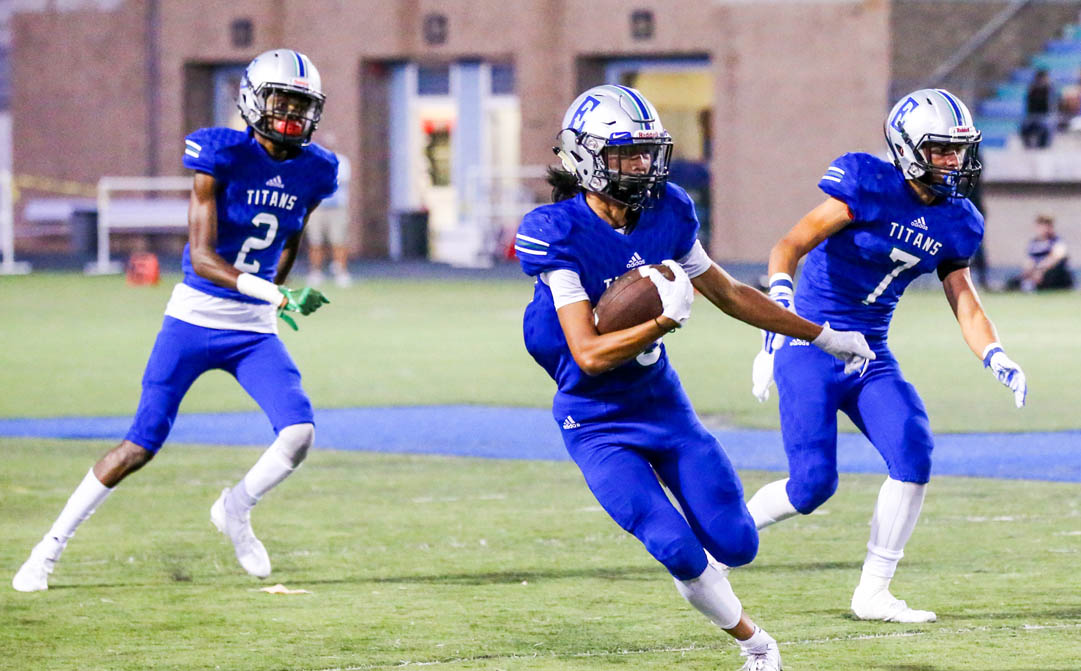 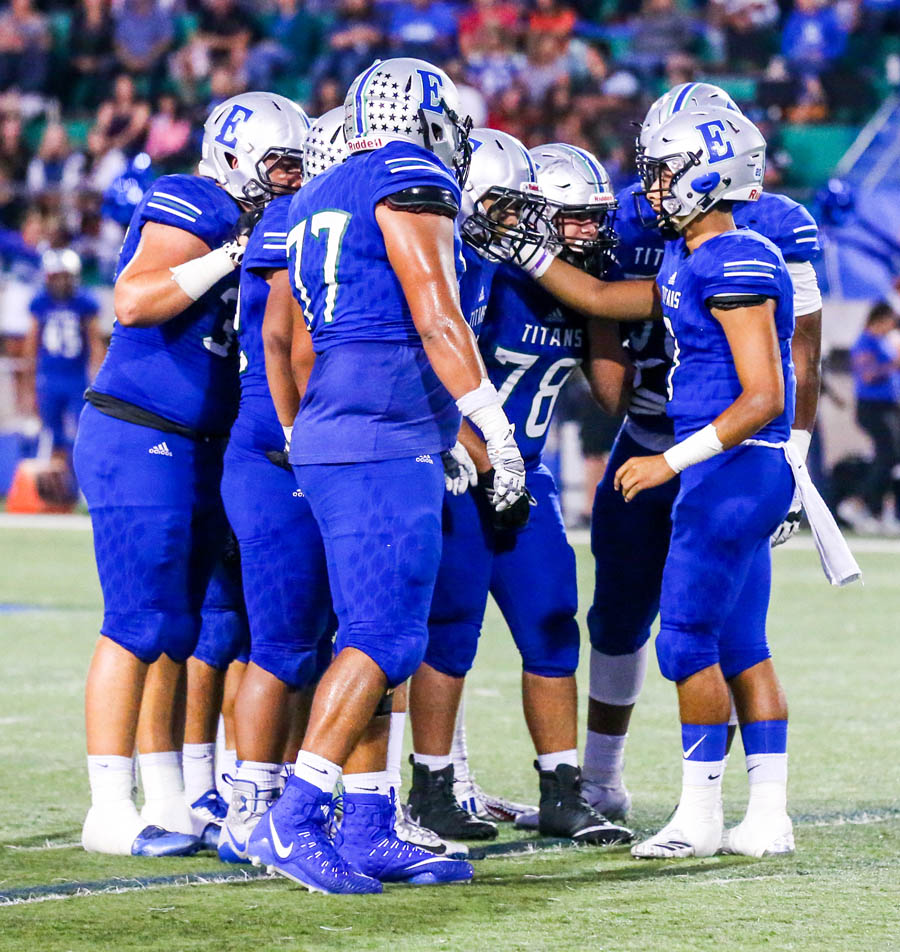 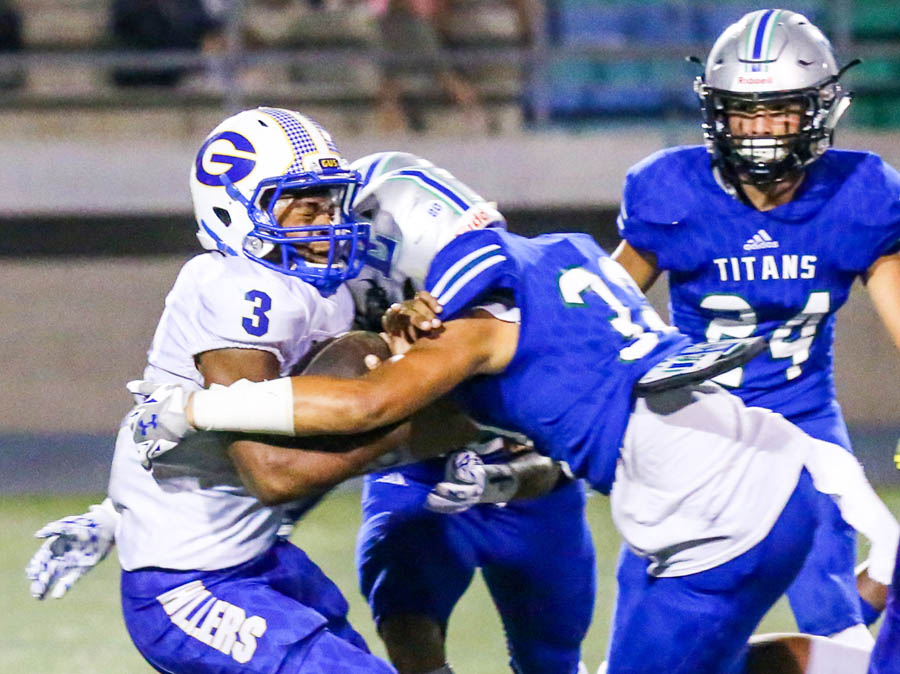 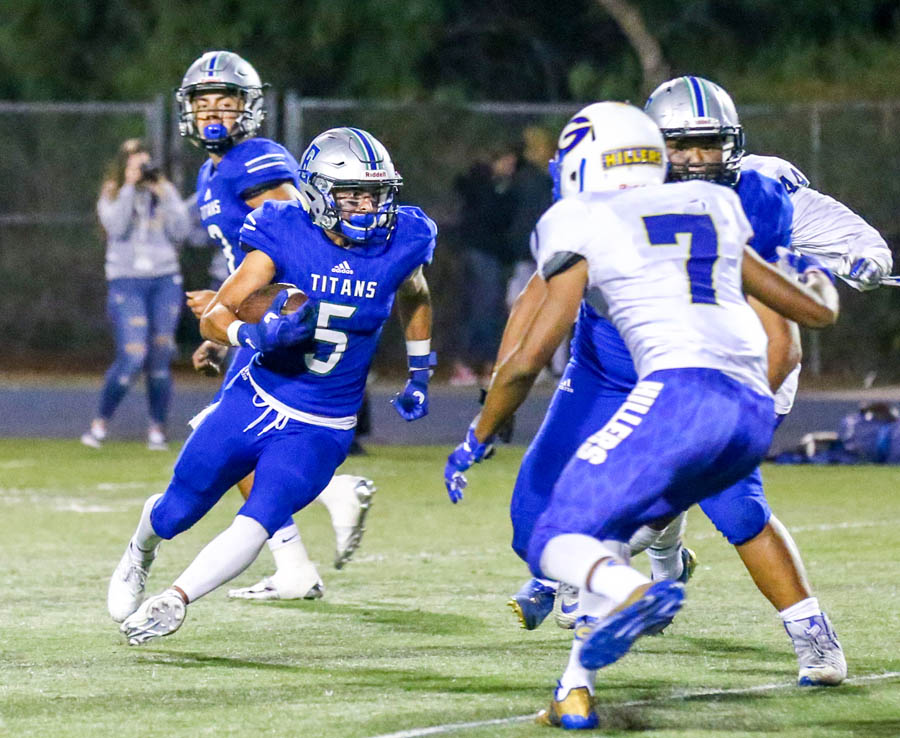 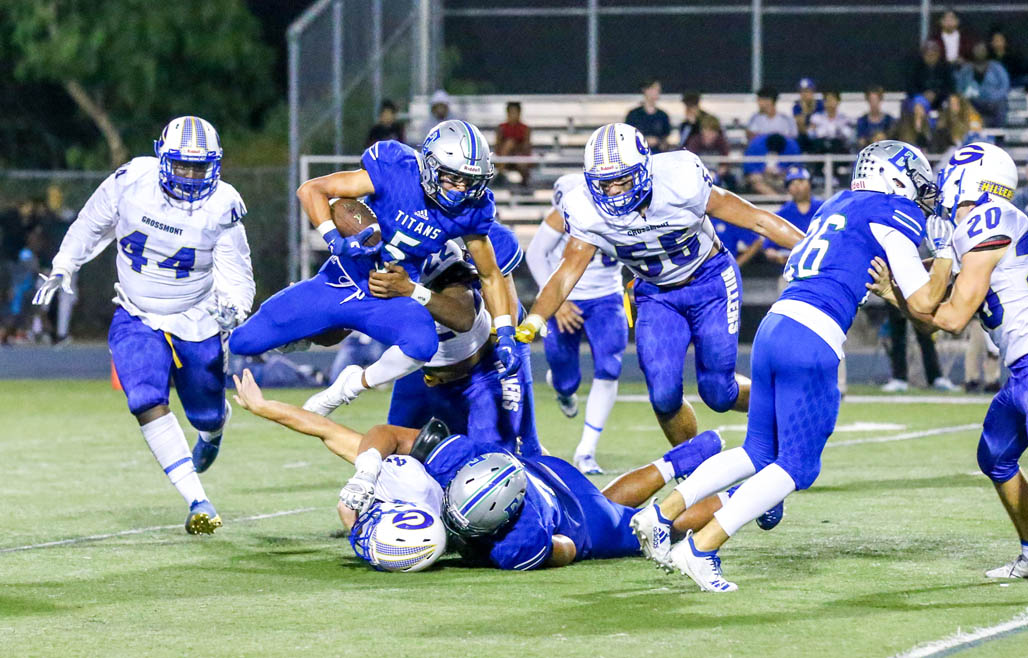 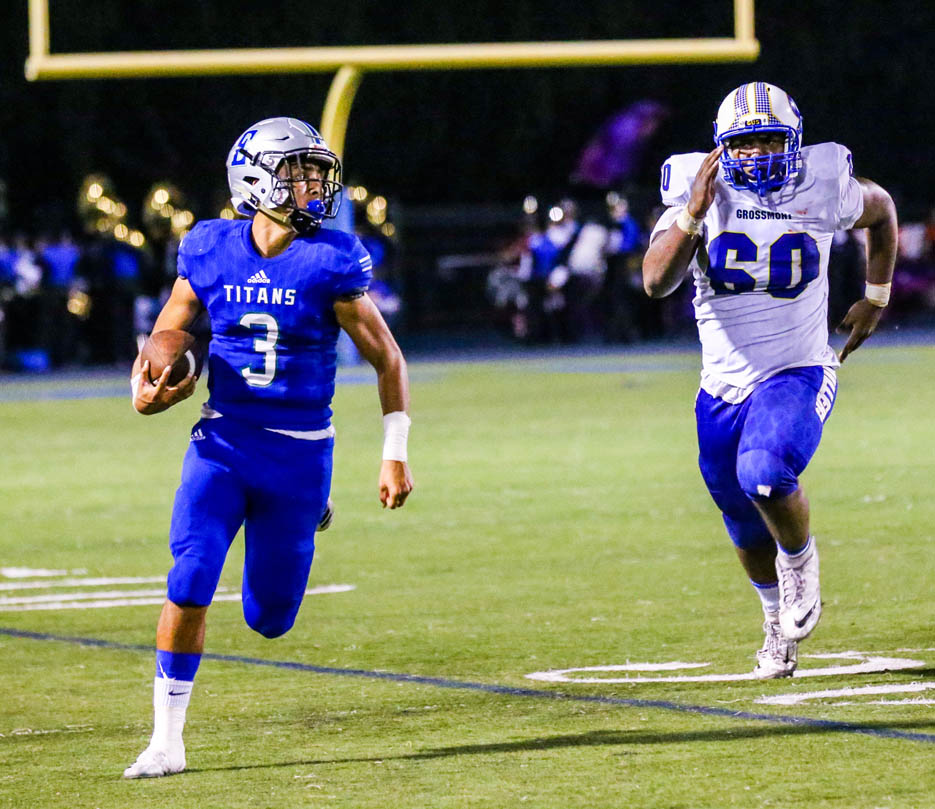 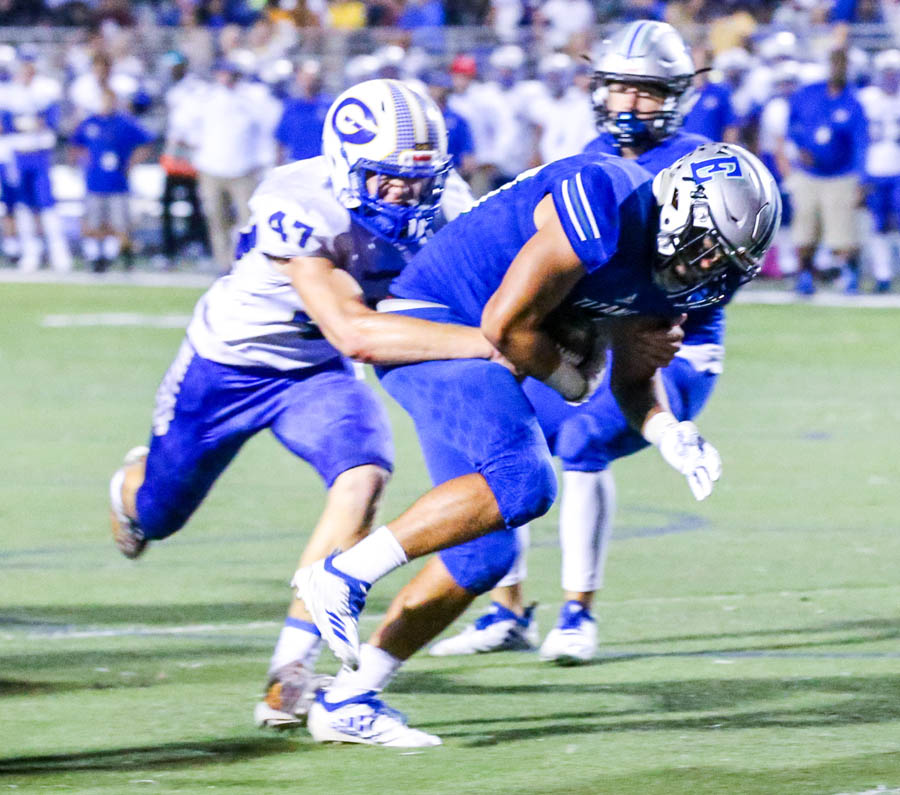 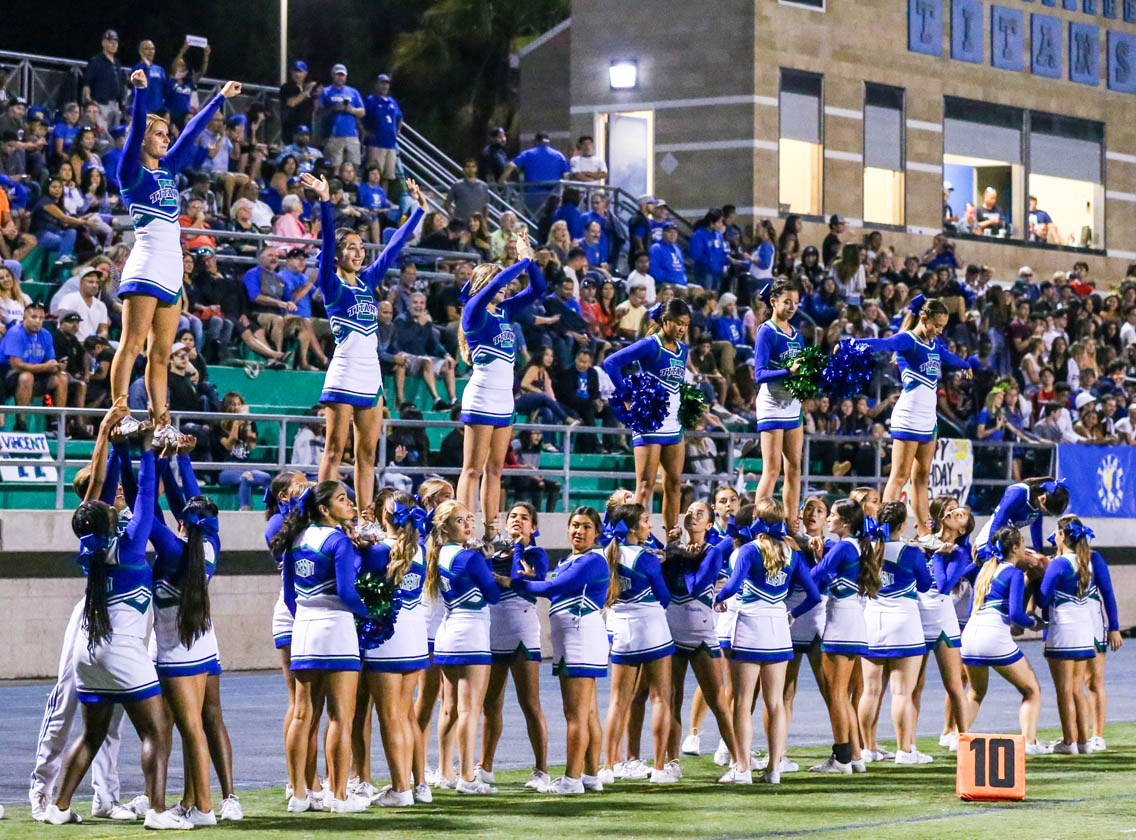 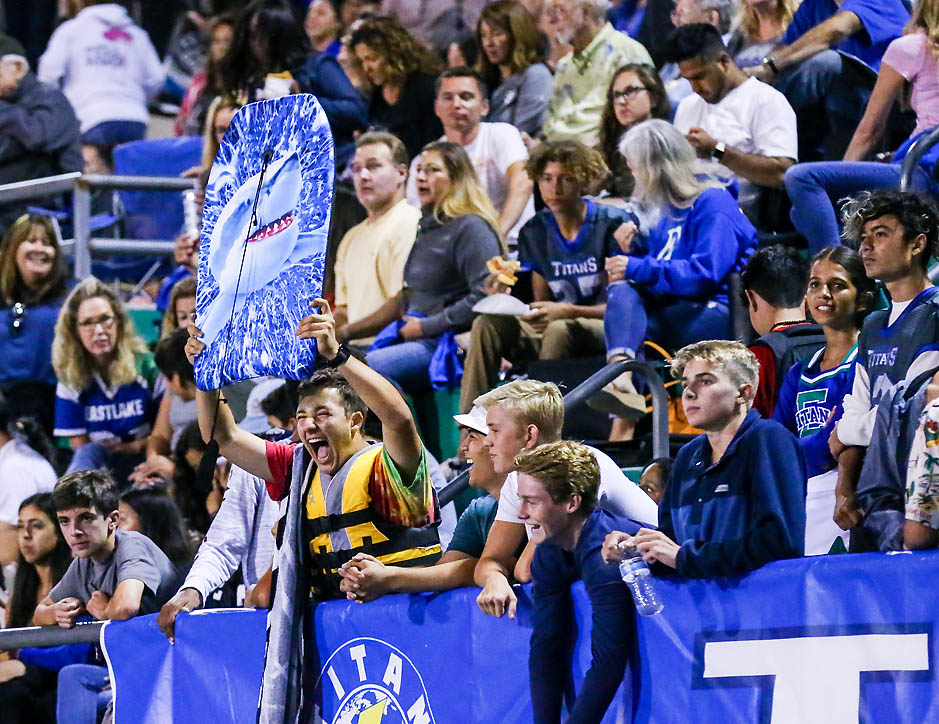