Professional hockey has striven in the last decade to become more inclusive. Barriers have certainly been broken on a number of fronts.

When that happens, the sport grows, according to Hockey Hall of Famer Willie O’Ree, the first black man to play in the NHL and the most beloved of all players to wear a San Diego Gulls sweater darting from 1966 onward.

The current iteration of the Gulls have been extremely community-conscious since landing in town for the 2015-16 season. The team has already attracted a diverse fan base and has hosted various theme nights focusing on such keynote subjects as cancer awareness and gender equality.

Keeping with their community-minded approach, the Gulls’ inaugural Mexican Heritage Night on Nov. 5 was a first for the American Hockey League club and certainly not the last in terms of multi-cultural celebration.

All fans in attendance had the opportunity to celebrate Mexican culture through food, music and specially designed merchandise to commemorate the event.

Strolling mariachis in the arena’s outer concourse added a festive mood to the evening. In fact, a mariachi band – Mariachi Continental de San Diego – presented the national anthems of both Mexico and United States with a distinctly unique flavor.

In-game elements featured introductions in Spanish over the public address system while the Gulls’ usual goal song was switched to a Spanish rock version of “Ole, Ole, Ole” for the occasion.

Gulliver, the Gulls mascot, skated onto the ice decked out with an oversize hat and cape while fans in the stands sported sombreros of various sizes. There was lots of green in terms of clothing apparel.

The Mexican flag joined the flags of the United States and Canada in hanging from the arena rafters.

The Hispanic media market has gone huge in recent years and only appears to be growing as the percentage of people of Hispanic heritage grows throughout the country and especially in California. The Hispanic fan base is surprisingly large, especially for NFL and MLB games, not to mention professional soccer events. The ticket-buying power is steadily growing.

For hockey to acknowledge this market is a true sign of the times.

The Gulls did a good job with the theme night.

It was a fun and festive evening for the 6,672 in attendance, even though the Gulls bowed 3-1 to the visiting Milwaukee Admirals. 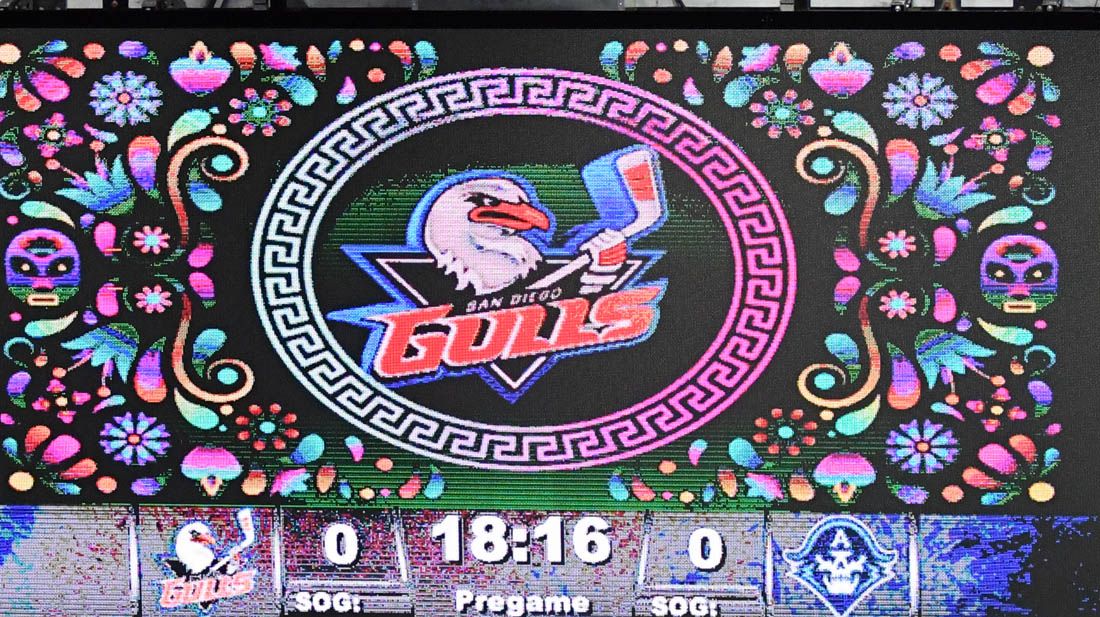 Ice chips
The Gulls snapped a three-game losing streak with a 7-0 win over the Henderson Silver Knights Nov. 8 in Nevada. Anaheim native Rocco Grimaldi led the visitors with a four-point night (one goal, three assists) to take over the team scoring lead with 13 points (four goals, nine assists) in 10 games. He tied a career high with three assists in one game while the four-point night was the second of his seven-year AHL career.

The shutout win was the first this season for the Gulls and tied the franchise’s AHL record for largest margin of victory. Goaltender Lukas Dostal recorded his third career shutout with 28 saves to tie for the most shutouts in team history. Benoit Olivier-Groulx tied a single-game career high with two goals while Justin Kirkland tied a career high with three points (one goal, two assists).

Despite a 4-8 start to the season, interest in the Gulls – and hockey in Southern California – remains high as attested to the 11,776 fans who attended last Friday’s Military Appreciation Night contest on Veterans Day against the visiting Bakersfield Condors.

The Gulls community relations department donated more than 1,500 tickets to the game to local veterans, service members and other military support organizations. The team has donated more than 20,000 tickets all-time for these specific themed nights.

Dostal stopped 23 of 25 shots in the 2-0 loss to the Condors but along the way established the second-longest shutout streak by a Gulls goaltender at 116 minutes, 22 seconds across the span of three games that included 55 consecutive saves. In his last five AHL games, Dostal had posted a 2.00 goals-against average and 0.945 save percentage.

The month-long initiative has united the hockey community in support of people with cancer and their families since 1998. Seventeen of the AHL’s 32 member clubs will be holding special events, observances and stories from players, coaches and fans alike.

Donations raised continue to support the American Cancer Society and Canadian Cancer Society in both countries in terms of helping fund ground-breaking research and providing accommodations, meals, transportation, activities and emotional support for hundreds of people with cancer and their families every day.

The American Cancer Society is a global-reach organization with 1.5 million volunteers. 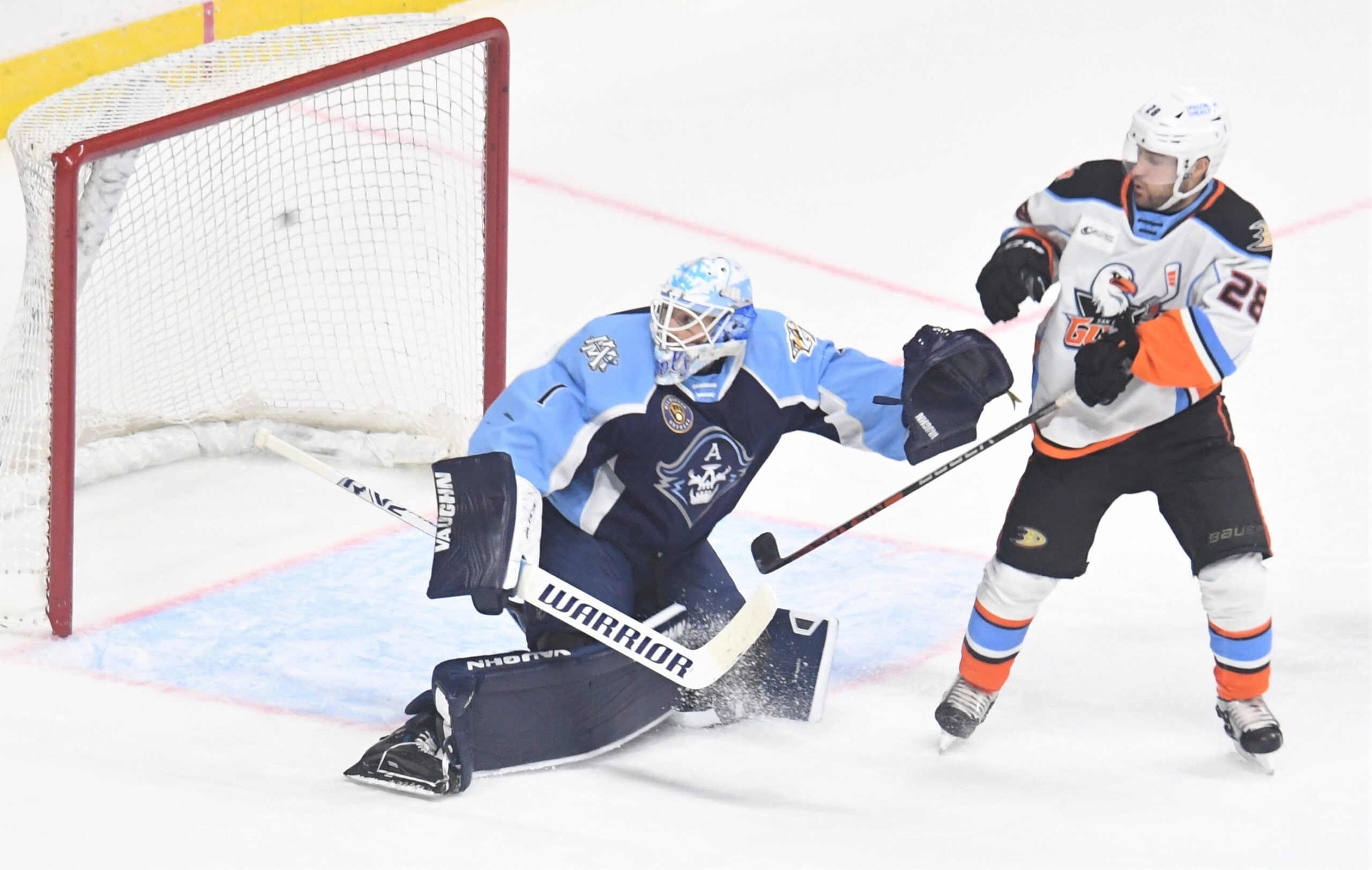 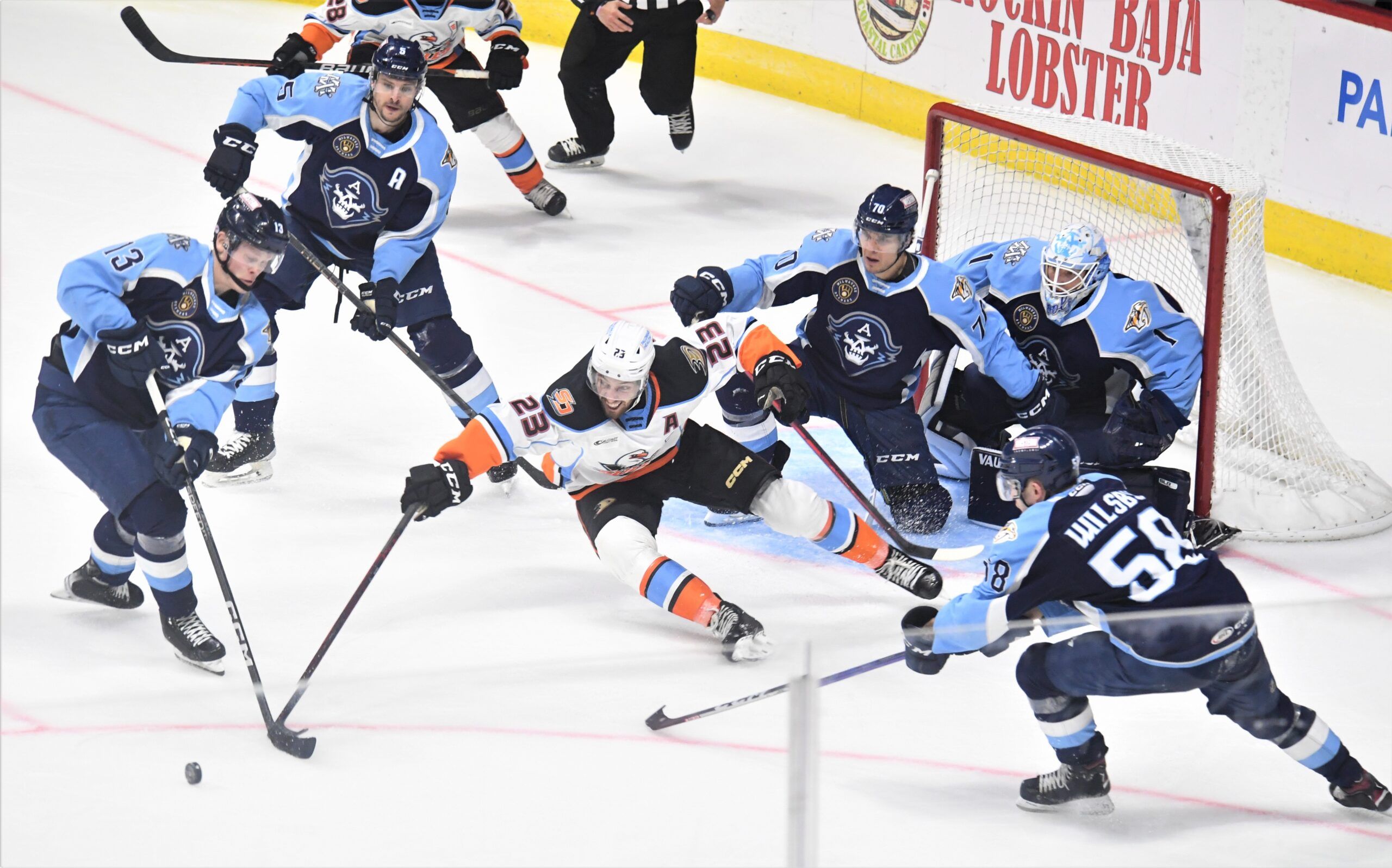 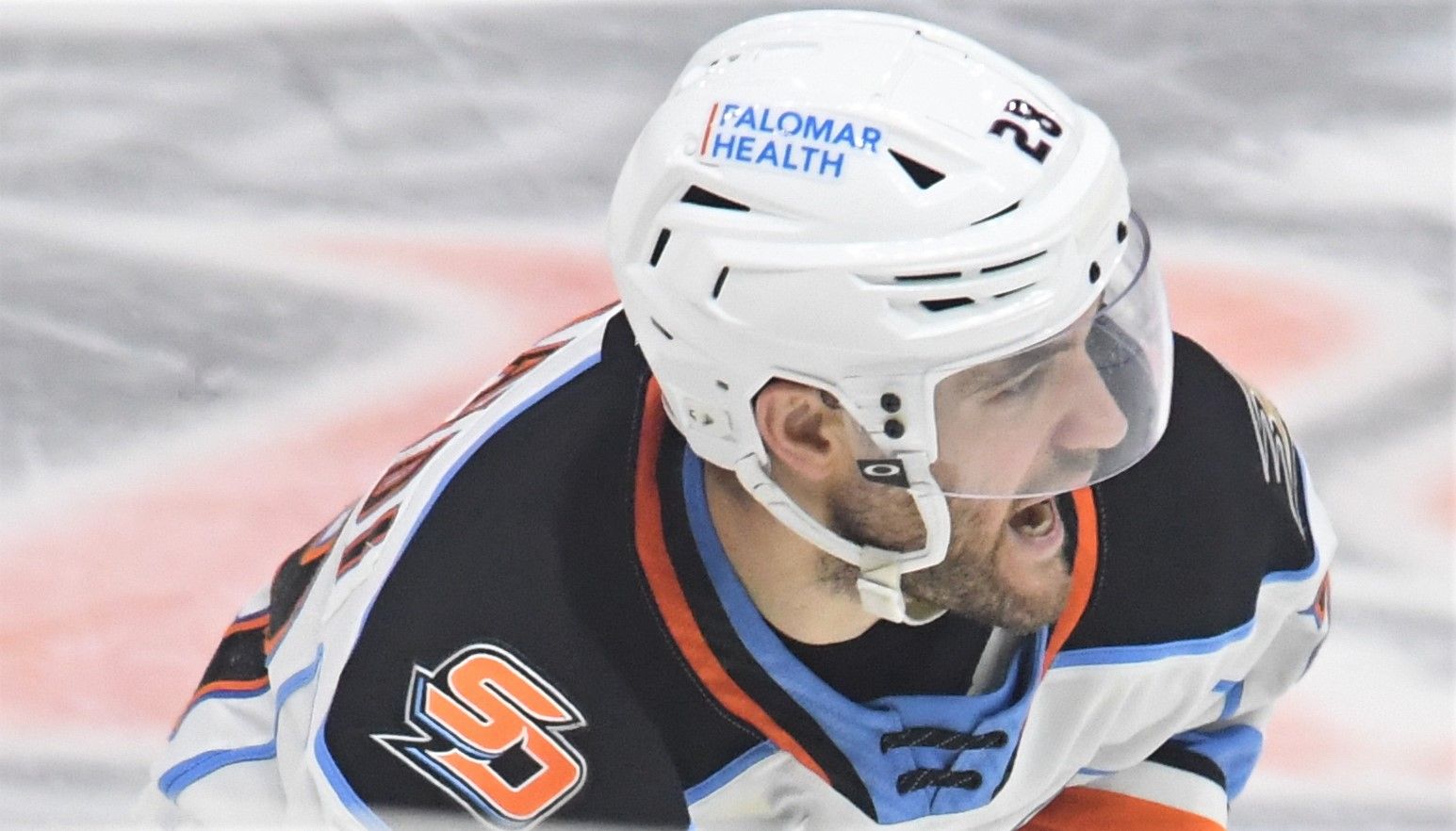 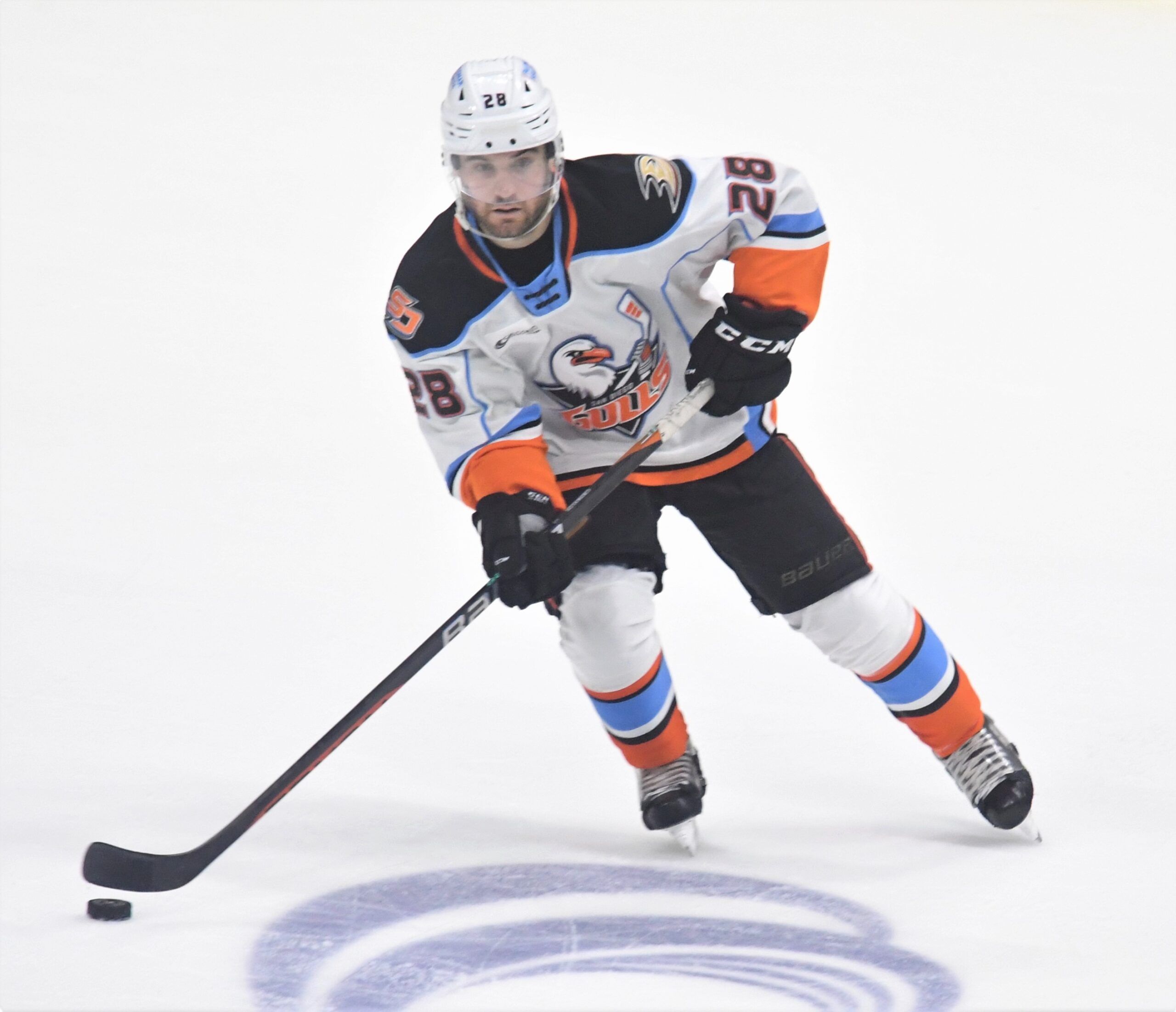 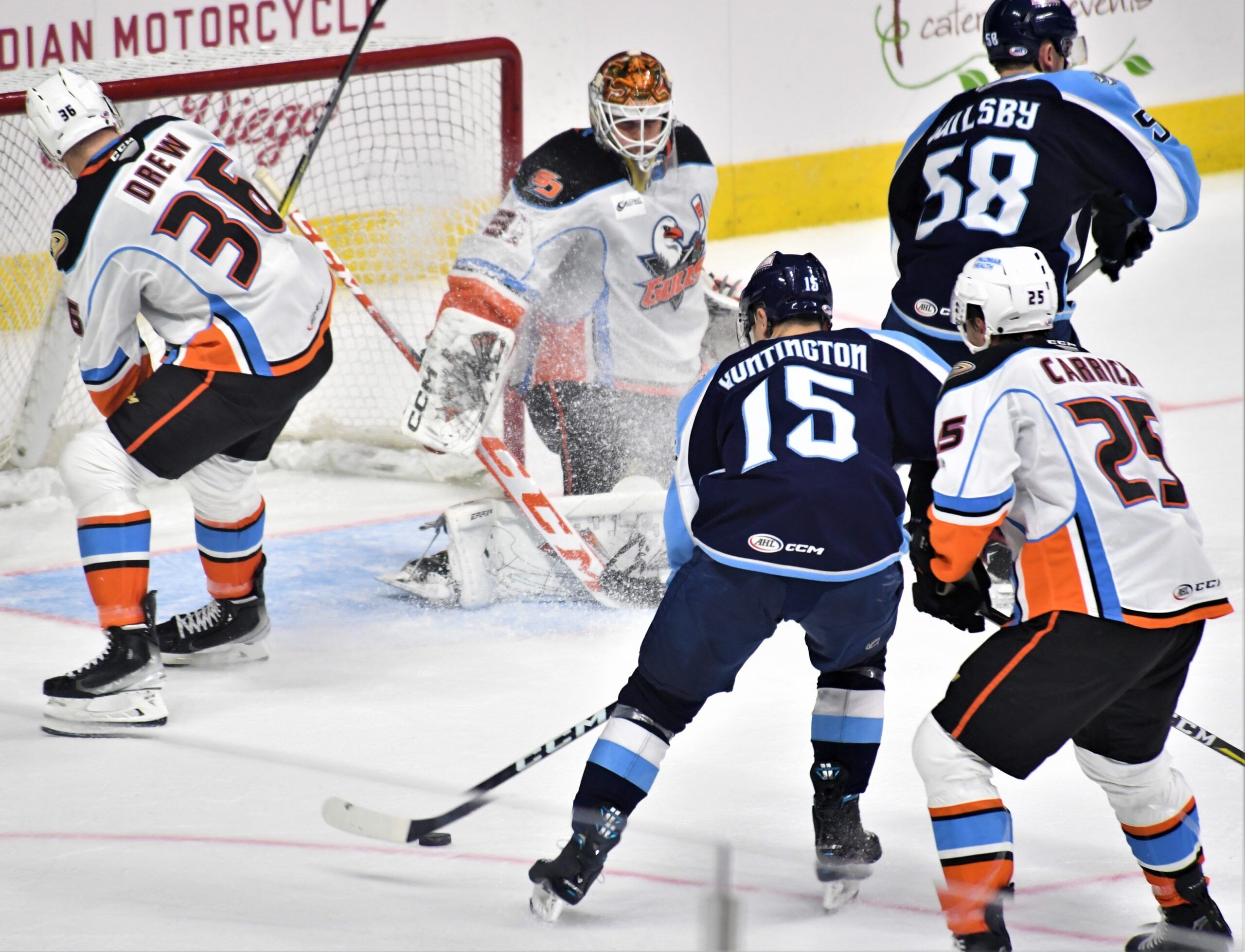