Eastlake High School’s record-setting “golden girls” are back for an encore performance during the 2020 swim season. It looks to be an exciting sequel.

Lundgren posted a meteoric ninth-place finish in the IM at the state meet.

They were back in the water on Wednesday at Southwestern College to help the Titans defeat Mar Vista, 152-29, in a Mesa League dual meet.

Lundgren and Davila won all four events in which they were entered while Martha and Hagewood won three events (after finishing runner-up in an event to another Eastlake golden girl). 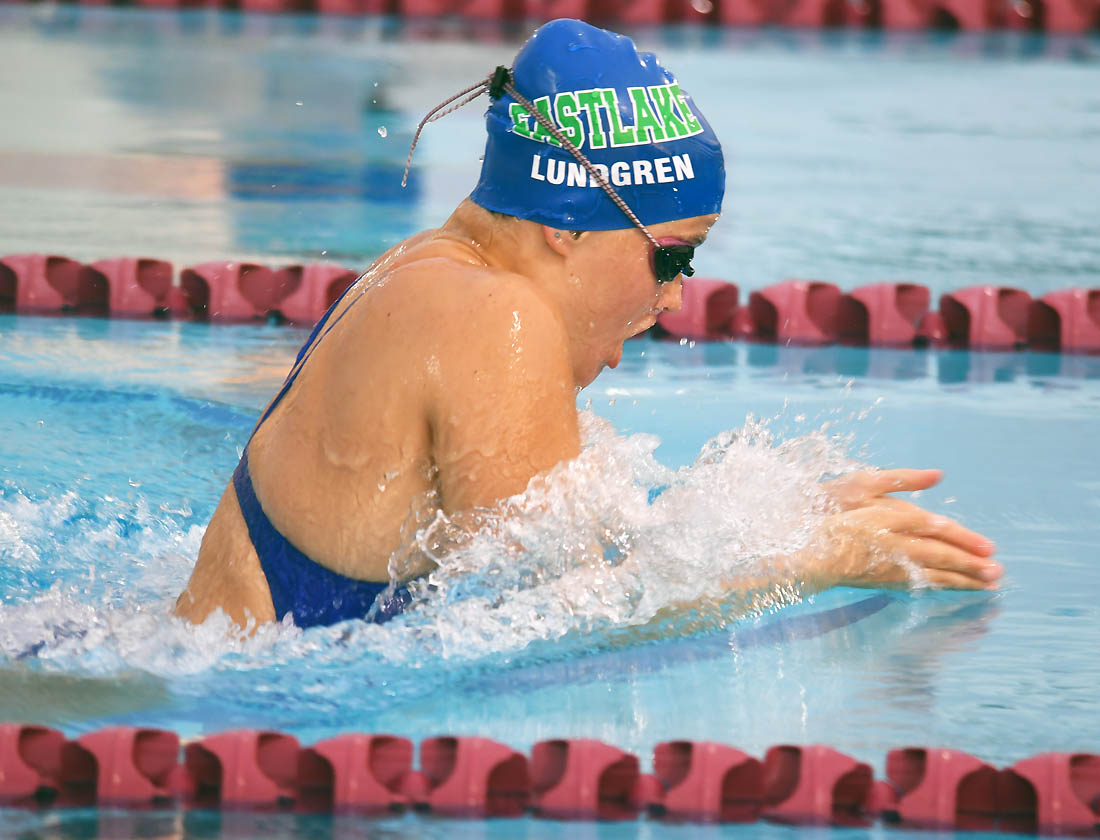 “It was exciting,” interjected Martha, who won the 100 freestyle in 56.09 in the dual meet against Mar Vista.

“They swam where they should be at this time of the season,” EHS head coach Steve Wiggs said. “We’re concentrating more on what to work on in a race than the times.”

The Titans captured first-place finishes in all 12 events, including diving.

Besides the aforementioned quartet, Mirsha Lora also won a pair of individual events by timing 2:01.83 in the 200 freestyle and five minutes-plus in the 500 freestyle.

Tilley, a freshman, pushed past Bjornstad on the next to last lap and held on for the win.

Eastlake’s Tony Plasencia finished second in the boys dive card with 109.5 points while Sam Wilcox was third with 109.35 points.

Other second-place individual place-finishers for Mar Vista included Luke Wilson in the 200 freestyle (2:03) and T.C. Spaulding in the 100 butterfly (1:00).

“It’s been an amazing season so far, we want to continue the momentum,” Olympian coach Zachary Bradley said.

Hilltop improved to 2-0 in Mesa League dual meets after sweeping Mater Dei Catholic on Wednesday in action at the Parkway pool. The Lancers won the boys meet 115-57 and won the girls meet 114-71.

Hilltop previously defeated Otay Ranch two weeks ago, winning 132-31 in the boys meet and 101-66 in the girls meet. 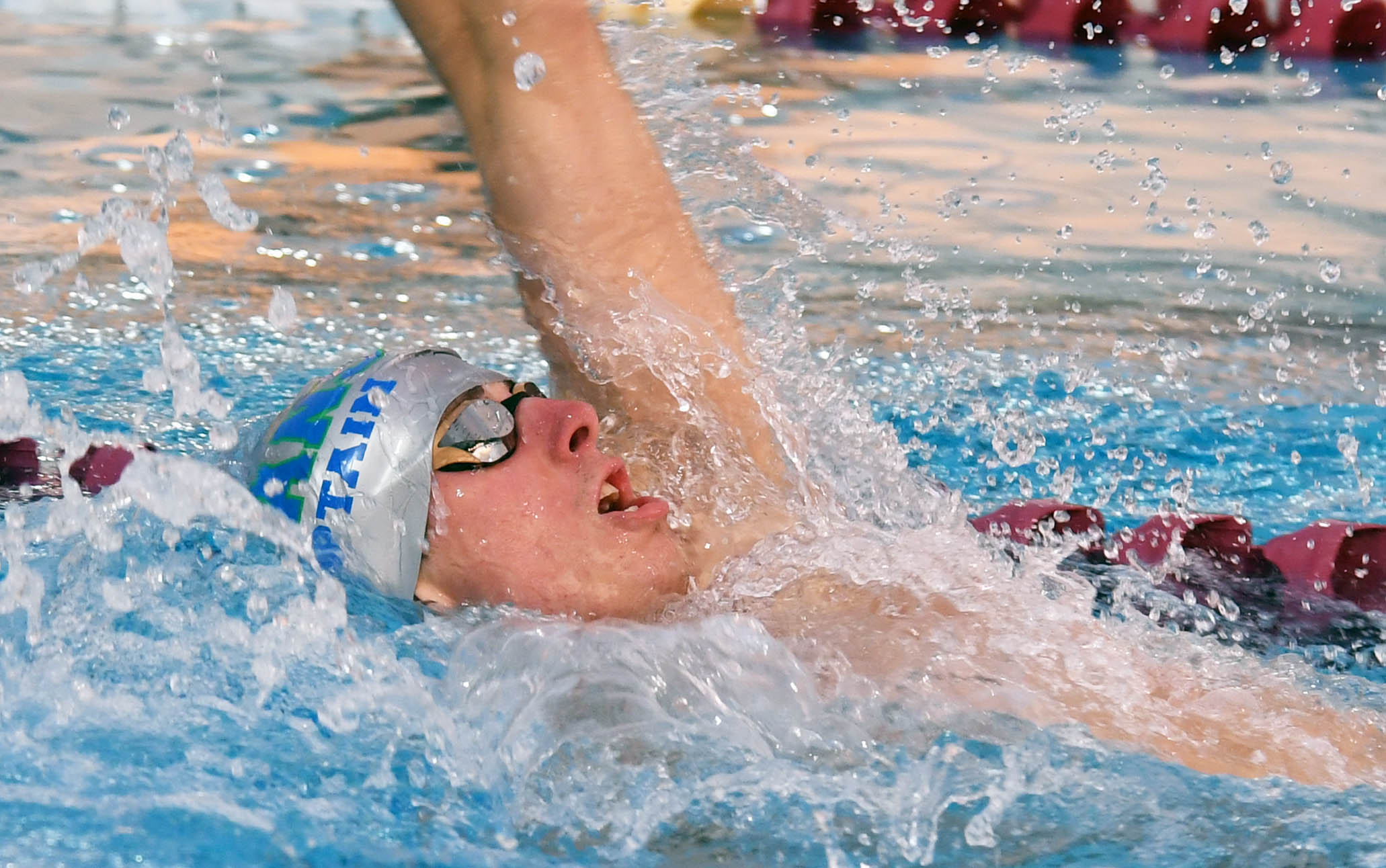 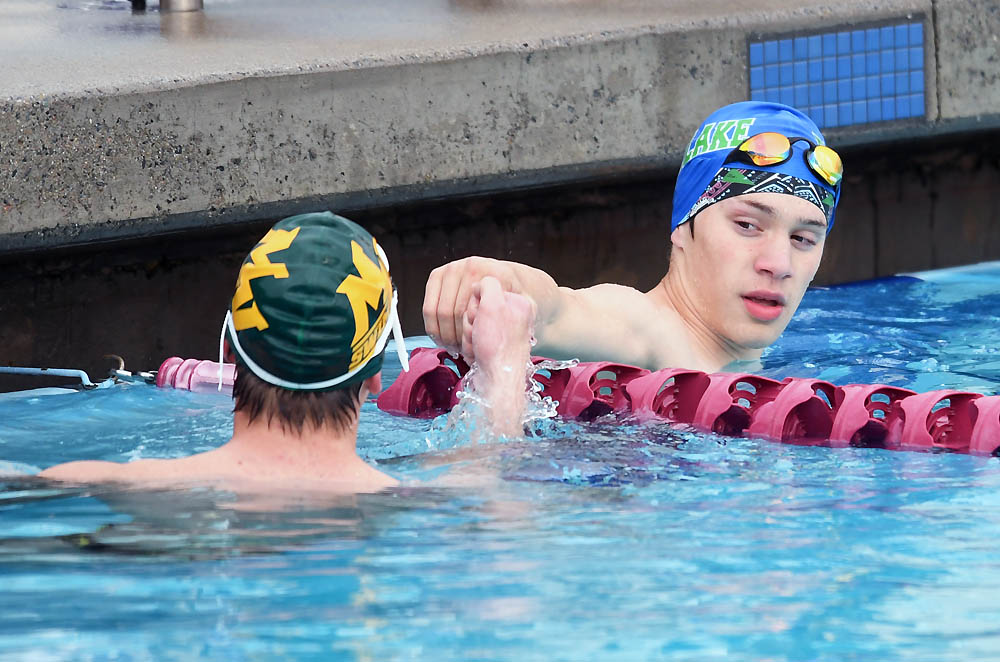 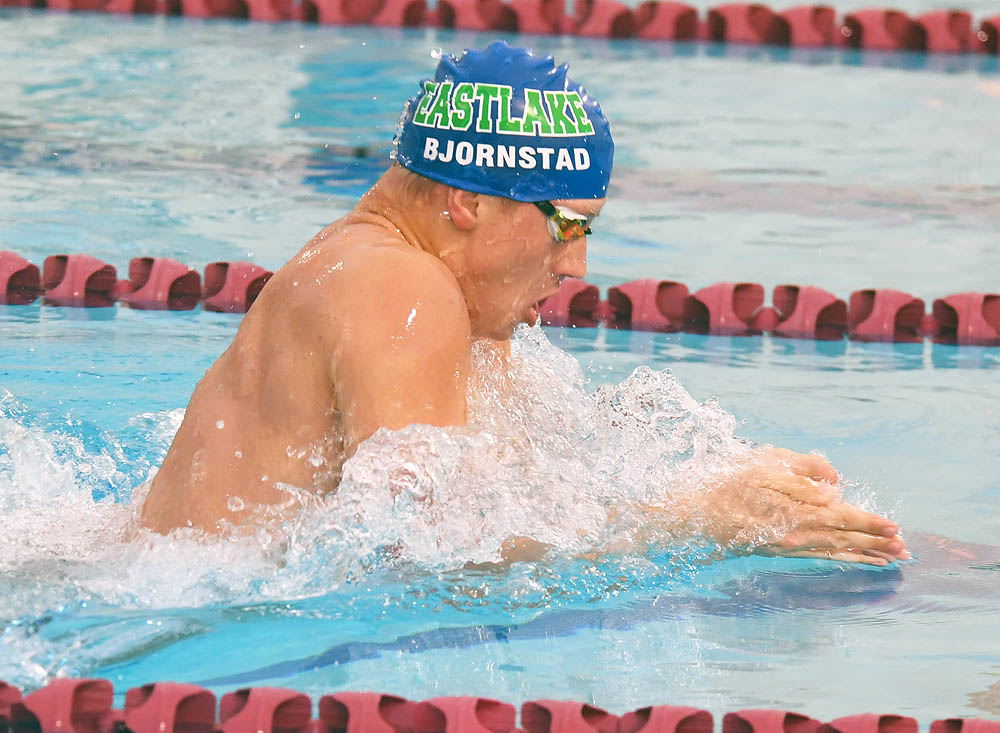