The SoCal divisionals were the last stop for all age levels expect the 12U Division, which charts an ending at the iconic Little League World Series.

Park View Little League contributed three of the four teams from District 42: 10U, 11U and Junior Division (14U).

Eastlake Little League’s 12U all-stars, meanwhile, remained on the road to Williamsport.

All four local teams qualified for the Southern California championship tournament after winning their respective divisions at the preceding California Section 7 championship events.

The Southern California divisional includes all 10 sections in double-elimination play.

California District 42 Little League administrator Ernie Lucero said the four teams representing the district in divisional play were off to a “great start.”

“I’m very proud of the managers and coaches of the Eastlake 12s and Parkview 11s teams,” Lucero pointed out. “Eastlake manager Randy Whitney and his coaches Josh Aguirre and Mar Reyes have a strong connection with the members of the team. All three team leaders have a positive-style approach to coaching, enabling the kids to play to their fullest potential. It’s good to see parents, relatives and friends wholeheartedly support this team. I see that the players respond well to the cheering, as it shows in their performance.

“In regard to the Parkview leadership, I have known manager Dennis Diaz and his coaches Julio Alcala and Carlos Medina for a while. I always knew they would have their teams ready to play. The kids believe in them.

“It’s interesting to note that given District 42’s track record in playoff and championship games in 2009, 2013 and other years, teams in other Southern California districts now know that they’re going to be in a challenging and intense game when facing any of our teams.

“What makes these tournaments in Little League unique is that kids who represent their league, such as Parkview and Eastlake, are from the same neighborhood or go to the same school. Their friendship and bond manifest when they gather to play a game, creating a real sense of community among their spectating parents, friends, and relatives. I would be remiss if I did not mention all of our volunteers, such as our amazing umpires and tournament coordinators, who generously do their part because they truly believe in little league and the benefits it brings to a community.”

10U All-Stars
Imperial Beach Little League is hosting the 10U divisional state tournament.

The tournament will crown its champion Sunday at 11 a.m. If necessary, a double-elimination game will be played Monday at 6:30 p.m.

East Hills (District 56) and El Segundo will meet each other in Friday’s winners bracket final while four remaining games will determine the elimination bracket survivor.

That set up another pair of elimination games on Tuesday: Sherman Oaks-Santa Margarita (District 68) and Park View-Fontana Community.

Scirpps Ranch advances to meet Sherman Oaks in an elimination game on Friday at 6 p.m. East Hills and El Segundo will battle at 6:30 p.m. for the right to secure a berth in the championship game. 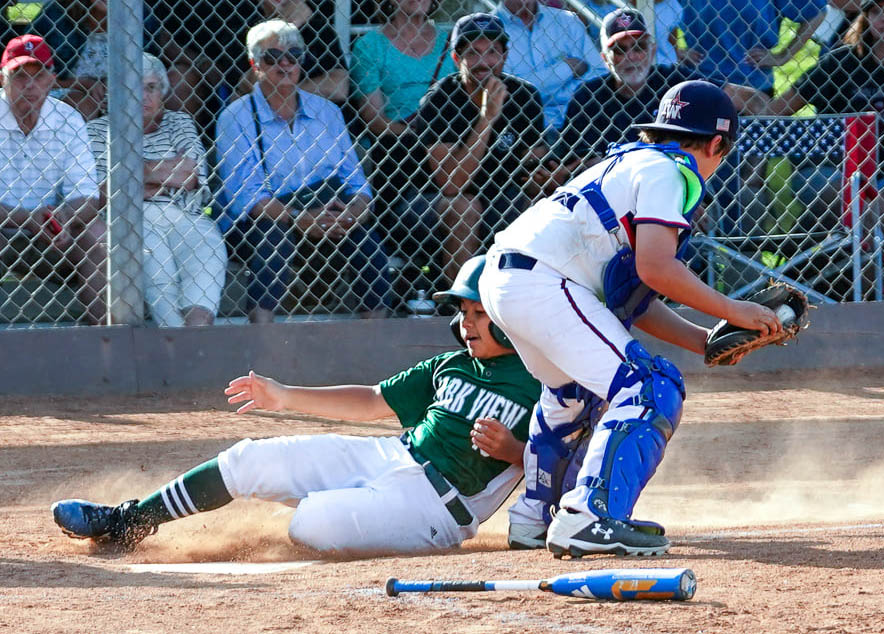 Park View made a splash in its first game last Saturday as Aidan Galacia hit a walk-off grand slam in a 10-6 extra-inning victory against North Mission Viejo (District 68).

But the District 42 representatives could not duplicate the same heroics in their next game on Monday night in falling, 4-2, to Conejo Valley (District 13).

Park view dropped to Wednesday’s elimination bracket game against Claremont, losing 13-0 to end its season with a 6-3 overall record. 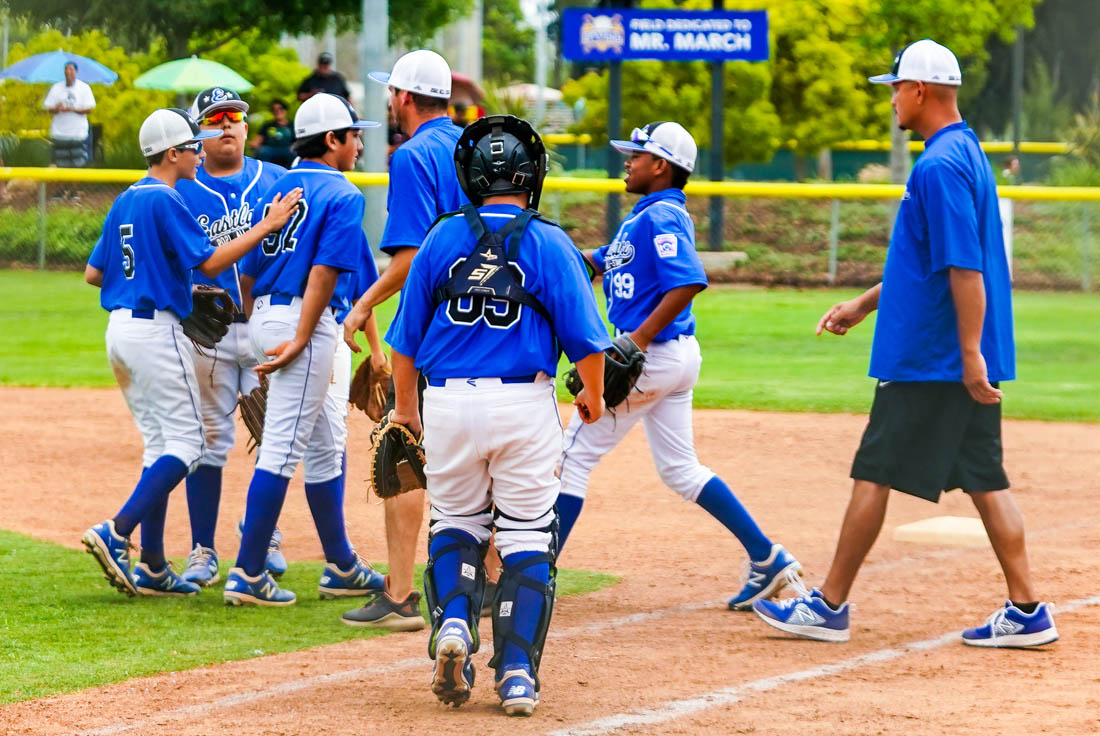 This year’s 12U divisional tournament is being hosted by Fountain Valley Little League.

The District 42 champions improved their all-star record to 8-0 as Luis de Leon slammed a three-run home run, Myles Reyes hit a two-run double and Xachito MacFarland knocked in a run with a double in the win over Torrance.

MacFarland came into the game to get the final out to diffuse a bases-loaded jam in the sixth inning.

Eastlake picked up its ninth consecutive all-star win on Sunday. MacFarland started and struck out eight batters in three innings. He left the game in the fourth inning after allowing just one run.

Eastlake scored five runs in the bottom of the fourth inning. Liam Lee and MacFarland both hit RBI-singles while Ethan Dang brought in one run with a sacrifice fly.

Eastlake carried a 5-2 lead into the final inning but had trouble closing out the game, which hadn’t been a real problem in its two previous tournaments.

Claremont tied the game, 5-5, on a dramatic three-run home run by Brady Bickham with two outs in the final frame.

But Eastlake had the final at-bat and produced an even more dramatic ending for its fans.

MacFarland started off the bottom of the sixth inning with a walk and Dang followed with his second hit of the game to put two runners on base. Nico Sanchez kept the District 42 champions undefeated in all-star play — and on the path to Williamsport — by cranking a pitch for a three-run walk-off home run winner.

Saturday’s championship game is scheduled at 1 p.m. If necessary, a double-elimination game will take place Sunday at 1 p.m.

The pressure is starting to mount.

Park View Little League won the 2018 SoCal divisional banner to advance to the LLWS west regional, as did Sweetwater Valley Little League in 2019. 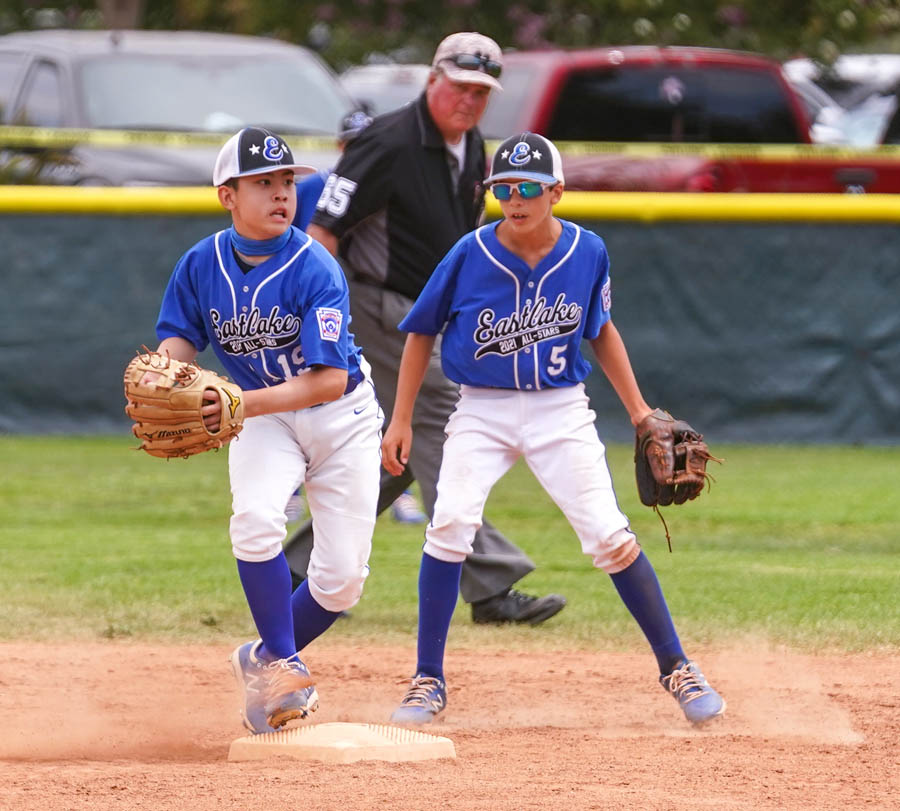 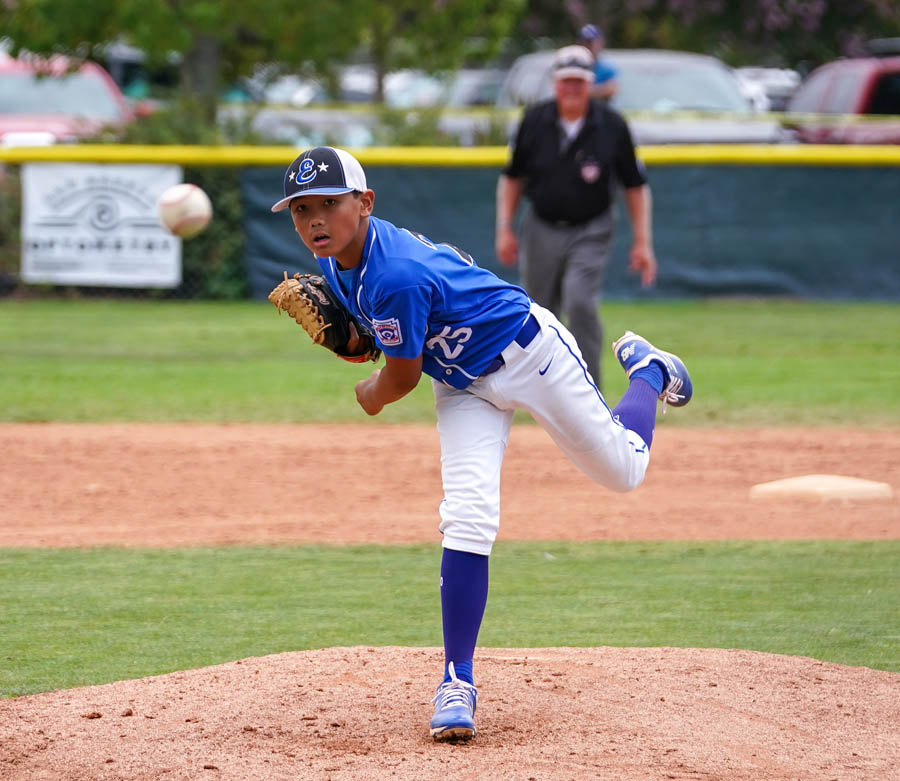 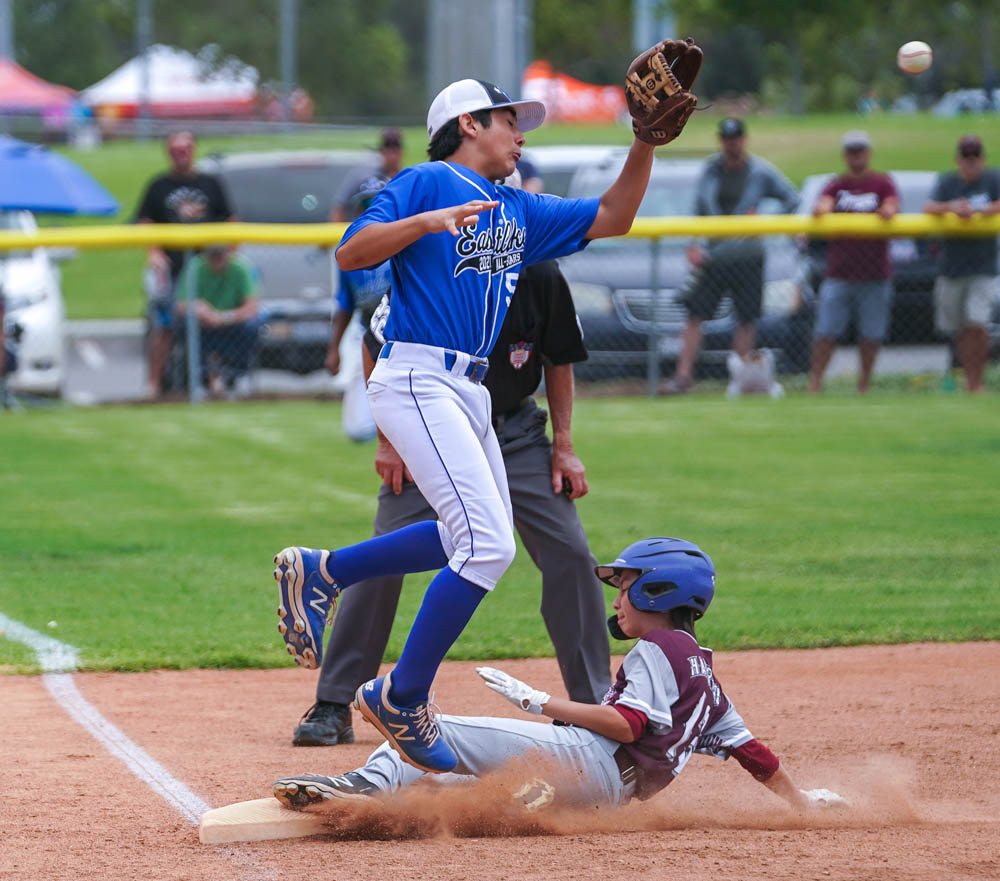