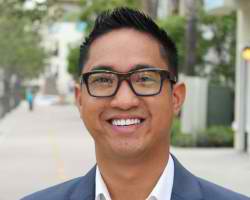 June 7 will be the general election. Here are the candidates hoping to make it to a run-off in November.

Steve Padilla, 49, is the former mayor of Chula Vista, serving the city from 2002 to 2006, losing out on his reelection to Cheryl Cox in 2006. Prior to that he sat on the Chula Vista City Council. Padilla is also a small business owner, former San Diego Police officer and a former San Diego Port commissioner. Padilla last ran for City Council in 2014, losing to political rival John McCann.

Jason Paguio, 30, is a small business owner and president/CEO of the nonprofit Parade Band Foundation Inc. Currently, Paguio serves as the policy advisor for appointed Councilman Steve Miesen. Paguio ran for City Council in 2014 and also was a finalist for an appointment to the Chula Vista City Council last year.

These are the only two candidates who qualified for the ballot in District 3. The city clerk said pending City Council approval, District 3’s election will be moved to the November election, with the District 4 general election still being held in June.

Mike Diaz, 57, is a retired Escondido fireighter and lifelong Chula Vista resident. As a firefighter he has worked with the California State Firefighters’ Association, volunteering more than 15 years with the state, county and local elected officials creating public safety bills. He is the fire science instructor at Sweetwater High School. Diaz ran for a Chula Vista City Council seat in 2000, losing out to former councilman Jerry Rindone.

Rudy Ramirez, 55, is a businessman and a board member with the Southwest Civic Association. Ramirez previously served as a council member from 2006 to 2015. Ramirez ran for a seat on the Chula Vista Elementary School District in 2014.

Residents Marcos Lopez and Carmelita Larrabaster Vinson had submitted paperwork to run for office but were disqualified because they did not have enough valid nominating signatures.