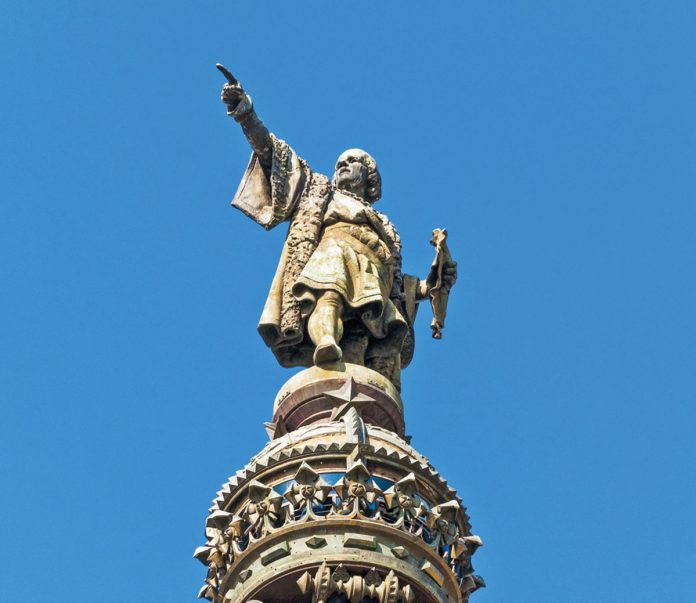 The city of Chula Vista removed the statue of Christopher Columbus at Discovery Park in June 2020 before a planned protest was scheduled. The statue had been a target of vandals and opponents who believe Columbus was a symbol of genocide. The statue was placed in storage until the council could bring it back for discussion but was delayed due to the pandemic. The Chula Vista Human Relations Commission voted to seek the statue’s removal in February 2020 and brought the item up for discussion at the May 25 council meeting. In a 4-1 vote, City Council decided that the statue will not return to Discovery Park.
Recommendations from the HRC included the removal of the statue, replacing the statue with another that reflects Chula Vista’s diversity, including its indigenous people, rename Discovery Park, and create a community task force to assist in identifying new artwork and a new name for the park. Public comments, which lasted three hours, the majority of in-person and electronic comments supported the recommendations by the HRC.

HRC Chair Paola Martinez-Montes said they were there to highlight a decision that was made over a year ago to permanently remove the statue of Christopher Columbus. The HRC was joined by the Kumeyaay community, educators, members of the community.

“Over a year ago, when the commission was approached by members of the Kumeyaay community and several others,” she said. “We are a county that has over 19 tribes, more so than any other part of the nation. A year ago they filled this room on how they were afflicted by this representation of something that hurt and caused traumatic events. Ultimately, our commission decided because of that extensive public comment, and because it is simply the right thing to do because of the harms that have been caused for our tribal nations, we unanimously decided to have the statue removed permanently, give that advice to you to make the ultimate decision.”

Stan Rodriquez, councilman for the Santa Ysabel Iipay Nation and director of the Kumeyaay College, said the city lies within the Kumeyaay territory and welcomed everyone to their “holy land.”

“When Columbus came and brought these things to us, atrocities, genocide, diseases, he did not come to trade. He came to take over,” he said. “He was even arrested by the Spanish for his atrocities. In this day and age when we are taking down statues and monuments of people who are not good people, for people that subjugated and marginalized people, I believe that it is time to do the right thing.”

Chula Vista resident Michael Gorski said this was the third time he had come to council on this subject and said that the pro Christopher Columbus people were left for last. He said that he was intrigued by a flyer going around “Our Fight is Not Over,” saying it was made by the Tell the Truth Coalition, which he called a “BLM agitator.”

“We talk about doing the truth. The Kumeyaay Indians do not own San Diego County anymore in case they do not realize it,” he said. “Seventy-five hundred years ago the Kumeyaay came to this land from someplace else and it was already inhabited by somebody else for over 12,000 years…who disappeared. When Mexico revolted from Spain and fought the U.S. and lost these lands. The U.S. bought them for about $7.5 million and the Kumeyaay were given a reservation so they could set up their own country. We cannot go to their council and talk, but they can come to ours.…Christopher Columbus was not a capitalist. He was an employee for the queen of Spain…If you remove the statue, the fight will not be over for sure,” he said, adding that the Kumeyaay would be back demanding more.

Mayor Mary Casillas Salas said she understood the public’s frustration in this item being brought before council, but that they wanted to make sure that since this was such an important topic, that they were able to hold this hearing in public to give the community the chance to speak up.

Council member Andrea Cardenas said the city has a moral obligation to do better.

“Without progress, without challenging what we know, what have we done, look at this dais. Half of us would not be up here,” she said. “This is not about erasing history or rewriting history. It is about correcting it.”

Council member John McCann said he appreciated the comments and discussion and that he came from Cherokee ancestry but did not agree with renaming the park. He said Discovery Park is much more than the Columbus statue that stood within it.

“I think Discovery Park has been a park for decades,” he said. “It is a landmark park not for just Chula Vistans, but people throughout San Diego County to be able to come down and play softball and play soccer. I understand and respect your argument about the Columbus statue, but I still do not understand the basic need to be able to rename the park. We have honored the Kumeyaay Nation in Mountain Hawk Park. I think you are going to find many people who grew up in the area who love Discovery Park and want to keep it Discovery Park. So, that part of the resolution, I cannot support.”