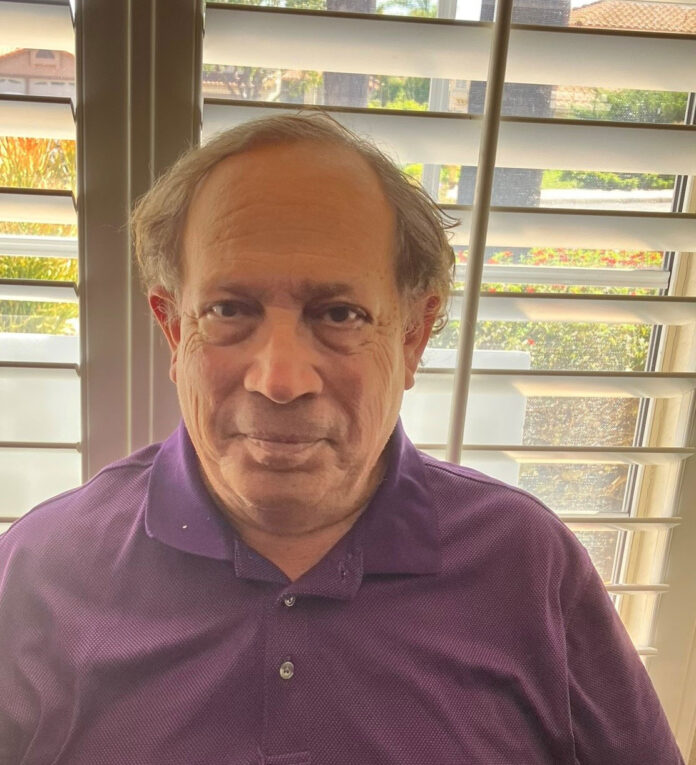 John H. Borja is running for City Council District 2 being vacated by Council member Jill Galvez who is currently running for mayor. Borja said he is nonpartisan and has lived in South Bay since 1985. He is a retired teacher and taught for 27 years in the San Ysidro School District, still substituting there occasionally. He said his children grew up in Chula Vista and he volunteered with city of San Diego sports councils. He said there are several issues he believes are important and that is why he is running for city council.

“I support first responders,” he said. “We need more fire, police, and ambulance stations. Housing is a major concern and a new way to think about housing is to think about community. Indiscriminate housing development, housing without considering livability is a thing of the past. However, I support student housing for our college students at Southwestern College.”

Borja said young people in the future need to see Chula Vista as a destination rather than a place to be from. He said the city’s parks need to be vibrant, and the city should plan for more open space in parks. “Also, libraries need to be seen as community centers and more of them need to be built,” he said.

Borja said the pandemic brought out how much of a major force for betterment in the community the internet, and basically, people cannot do without it.

“We can start with supervisor vehicles, then begin to purchase heavy vehicles, powered by electricity,” he said. “There are MAC trucks out there doing this.”
Borja said smart traffic lights would reduce wait times.

“Moving traffic pollutes less, so we have east/west avenues that need a better flow,” he said. “Increasing flow, because if they are not idling, they are not creating as much pollution.”

Borja said the city needs to make an effective plan to replace worn infrastructure and begin the hard work of updating it.

“Most of the time, some cities delay or put off infrastructure because it is not glamorous,” he said. “But we need to do that. We cannot kick that can down the road too much. We must take care of that, and it is something we need to plan for.”
Borja said the arts need to be promoted in the city and that a city this size needs a civic center.

Borja said there are many seniors, and people approaching that time of life, currently living that life, and said he believes that there are many opportunities for improvements in bolstering that community.

“I experienced that with my father in Newport Beach, and they did a remarkable job over there with the combination of the city and nonprofits,” he said. “I think Chula Vista is doing some things, but I think that there are some things that can be improved.”
Borja said there is always going to be change, and with the bayfront development there are many ways at looking at gentrification.

“Various communities in San Diego County are dealing with that, and it is not a new concept,” he said. “Change comes with difficulty and what we need to do, is the current trend has been lengthy for the past 10 or so years, housing in California is getting extraordinarily expensive. It already is. On both ends, the young people coming up, and senior citizens living today, need a place to stay. They are part of the community. If outside forces come in, and the policy becomes to tear down and bring in other avenues it tears apart communities’ number one. Number two, some people are lucky to have some place to live, and that is a difficult thing to take care of. Working with communities and various nonprofits and the city, we need to come up with a plan for both ends, senior citizens here and young people coming through. When we negate those communities, we really need to negate all communities. There are always transitional phases of life that go on, and we want to provide that as best we can.”

Borja said there needs to be a plan for affordable housing and that all stakeholders need to be involved in that plan.

“One of the things that other communities are doing is that they are locating plots of land, that are city property, and making those lots available for low and very low income residents without making them exclusive areas,” he said. “They are still integrated into the community. In New York City, they thought they could put all these people in one section of town, and that caused problems.”

Borja said the sprawling of building in Chula Vista is a problem and believes that the county  and the city are already built out.

“The problem with that is fire,” he said. “We cannot go any further than we have. We need to build multiple level buildings. It is the only practical way of doing this. If we continue with large lots, single homes, we have basically already run that gamut. We need to build up and that is a problem with many people. But we cannot get away from that.”
Borja said a university is a wonderful thing for the city to have.

“It is a money maker,” he said. “It is a center for so many activities and intellectual progress. It must be a coordinated effort because now the city has changed quite a bit. We need student housing. We need a mass transit program. Just putting a university in is such a wonderful idea, but without the infrastructure, without coordinated efforts on bringing in students and not working on how to get in and out of that area, providing a good integration into the community, it would have to be a good plan. We need to be able to move people in and out of that area, provide housing for students and professors and the rest of the university community. Am I for it? Sure. But it needs a lot of planning and the whole city must be involved.”

Borja said independent small businesses ties a community together and his focus is not on the businesses that you can find in any city or that are across the nation.

“For example, downtown Chula Vista gives the town a certain flavor,” he said. “Making that available, bringing businesses in, attract people. Individual and new businesses always attract a lot of attention. It makes the place seem like home because it is not the same ole, same ole.”

“Manufacturing comes in all different colors and types,” he said. “It is another vibrant part of a community that develops into integrator ideas. Another is startups within the tech industry. We need more of that. Biotech, internet technologies, just like the bay area has. San Diego can become more of a hub and that should be promoted.”