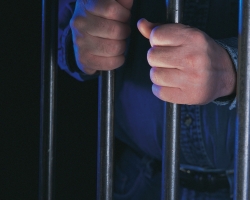 A Chula Vista man was sentenced Friday to 10 years and nine months in federal prison for computer hacking and participating in a theft over $550,000 from mortgage customers.
Victor Alejandro Fernandez, 42, got the longest sentence among two other participants in the computer hacking ring in which over 4,200 customers’ mortgage applications were unlawfully obtained. The customers’ dates of birth, addresses, social security numbers were hacked.

Two mortgage brokerage companies were hacked between 2011 and 2014, but the names of the companies were not revealed in court documents. Fernandez and others opened unauthorized lines of credit and some victims had their retirement and brokerage accounts drained, according to the U.S. Attorney.

Fernandez pleaded guilty last June to conspiracy to defraud, computer hacking, and aggravated identity theft in which he stole $37,000 from a customer’s brokerage account in Los Angeles. Fernandez has been in jail for almost four years and will get jail credit against his 129-month sentence.

The last remaining co-defendant, Joel Nava Sanchez, 41, will be sentenced on Feb. 15. Nava, who is also known as Joel Bermudez, pleaded guilty to conspiracy and computer hacking and remains detained without bail in the Metropolitan Correctional Center.
Jason Ray Bailey, 42, of Chula Vista, was sentenced Sep. 11, 2017 to five years and three months in prison. Bailey pleaded guilty to computer hacking, and conspiracy to commit wire fraud against a mortgage business.

John Gordon Baden, 41, of Chula Vista, was sentenced to nine years in prison by Curiel on Sept. 23, 2015. Baden pleaded guilty to conspiracy to commit wire fraud, computer hacking, and three counts of wire fraud, which included thefts of computers from three stores in Chula Vista and National City.