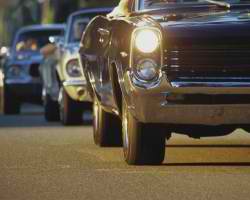 For three decades College Estates resident Bob Muff has complained to the city of Chula Vista about Southwestern College students parking on the street in front of his home, adding traffic congestion to the College Estates neighborhood.

College Estates is a small community east of SWC.

The district formed in July but official enforcement started Aug. 23, the second day of the Fall semester for SWC students.

Chula Vista city engineer Bill Valle said the first day of the semester was just an observation period that is why enforcement was not conducted until the following day. Valle said despite visible signage in the parking district and the college’s efforts to inform its students that parking in college estates without a permit could lead to a ticket, students continued to illegally park there.

Valle said both the Chula Vista Police Department and the SWC campus police patrolled the area, and have issued up to 150 parking tickets combined  in its first week of enforcement. Parking citations cost $47.50 for illegally parking in the college estates parking district. A ticket is $7.50 more than a semester parking pass at SWC.

Enforcement will be conducted at random times between the district’s hours of 8 a.m. to 5 p.m. Monday to Friday.
Muff said it appears that college students are now getting the message that if they park in college estates without a parking permit they will be cited because the problem has subsided.

Residents in college estates can purchase three resident permits and one guest permit for $20 each. Temporary permits are available for a two-week period, which will also cost $20.

Muff said student parkers left behind trash, parked next to red curbs and would blare their car radios. He said now that the parking district is being enforced, he no longer has to deal with these issues.

“I couldn’t be happier, after all these years,” he said.

With the establishment of the parking district Chula Vista is following the city of San Diego’s lead, which also has districts in neighborhoods near San Diego State University and UC San Diego.