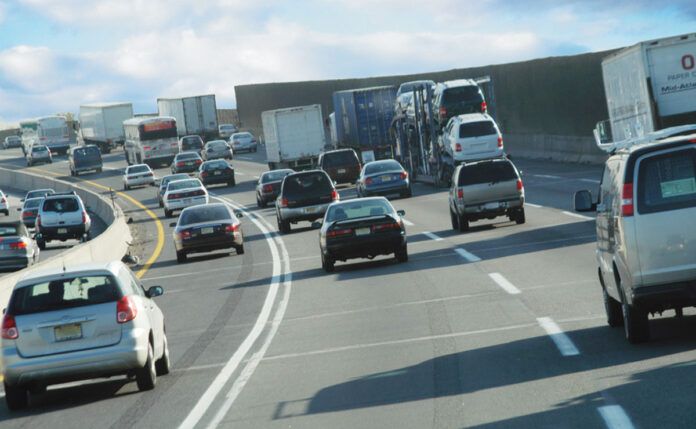 On May 27, the San Diego Association of Governments received a request a future agenda item to consider eliminating debt and toll-only operations on State Route 125 as early as 2027 by board member and Chula Vista Mayor Mary Casillas Salas. On July 8, SANDAG Board of Directors passed a resolution directing staff to evaluate alternatives to toll-only operations including managed lanes, control future toll road expenditures to increase cash on hand available to retire the debt by Fiscal Year 2027 and conduct a multimodal plan for the SR 125 to analyze future transportation option to retire the debt. Originally, the debt of the SR 124 would have been completed in 2042.

“The tolls on the SR125 have been a detriment to the economic development of Chula Vista and Otay Mesa. It’s the only toll road in San Diego County which is fundamentally unfair,” said Casillas Salas.

The SR 125 toll road is a 10 mile stretch that runs from Otay Mesa Road near State Route 905 in eastern Chula Vista to State Route 54 in Spring Valley.

In December 2011, SANDAG purchased the SR 125 toll road franchise from its private sector owner, Southbay Expressway, LP. The Board of Directors’ purpose in purchasing the franchise was to reduce the tolls and improve mobility in the region by optimizing use of SR 125 and reduce congestion and the need for infrastructure improvements on other parallel roads. To carry out the transaction, SANDAG secured a loan from the RTC to purchase the franchise in the form of a promissory note and was required to assume the TIFIA loan that the private sector owner had used to finance construction of the road. Under SANDAG ownership, toll rates were reduced in June 2012, and both traffic and revenue growth have surpassed initial expectations.

As a result, SANDAG has built up a cash reserve that is projected to be $107 million by FY 2027, the first year the outstanding bond debt may be retired. In FY 2027, SANDAG projects the cost to retire the debt will be $143.3 million. This $35 million difference between debt and cash on hand has prompted the proposed resolution to make a SANDAG priority the early elimination of debt and toll-only operations. Future SANDAG expenditure projections of over $65 million to replace and enhance toll facilities after FY 2027 along with over $73 million in interest payments that wouldn’t be needed if the debt were retired is added justification to support the resolution.

Chula Vista Deputy City Manager Kelly Broughton said the earlies the debt could be paid off is 2027, the reason for the request. He said the city of Chula Vista is trying to create a situation where the city and the residents of Chula Vista are treated to other toll facilities in San Diego County.

“This is the only road in San Diego County, in order to ride it, you must pay a toll,” he said. “The other situation is the managed lanes on Interstate 15, you can choose to pay if you want to get into the faster lane, but you always have a free option.”

Broughton said they want to either reduce the tolls on the freeway, so it is less of a burden on residents, or eliminate it all together, or to amend it so that citizens are treated the same as other toll roads in the county.

“It has come from our desire to attract business to locate to Chula Vista, and that has been received with some of the businesses saying they would consider it, but the toll is a negative for them to move a business in Chula Vista because of the burden it would place on their employees, and that is the location of much of our prime real estate for future development,” he said. “Our university and innovation district that we have planned, as well as the new developing areas with large commercial components to them.”

Broughton said in looking more closely at the finances of the toll facility, they immediately recognized that there was a small gap between cash they had on hand and the outstanding bond debt.

“When we saw the price tag was so close, we started saying does it make sense to continue to pay and do all these improvements over the next 15-20 years, that might otherwise be avoided if it was not a toll facility in the future,” he said. “We wanted to make sure that all the entities and agencies involved with this facility were coming at it at the same perspective. We understood what the issues were, what had to be resolved, and that we were all on the same page moving forward. There were different perspectives on the toll facility, but we are now on the same page with SANDAG staff and the California Department of Transportation and their staff.”

Broughton said this would save the region money in the long run because in the future the cost of the toll road and future costs without a toll facility you would not have to spend the money in upgrading the toll road equipment and upgrades. In June, the toll road closed for three days at several locations to install upgraded tolling technology, spending an estimated $17-$18 million. In April, SANDAG lost as much as $1.8 million in revenue last year after someone disconnected four of the 42 stations’ toll equipment along SR 125, according to an inewsource article.

“We believe SANDAG can close that gap even further now between 2027, and with the $20 billion that Sen. Ben Hueso set aside for this purpose, that makes that $35 to $36 million difference that we identified today a lot less,” he said. “We understand that CALTRANS has a perspective. They expected all along to have the maintenance for this facility and any upgrades necessary, repairs and replacements of the facility coming from the toll road when it was financed, that was what the promise was. I get that. But we also must recognize that the state received a pretty much free facility that is an important link in San Diego County and the border region. We want to make sure that it is not lost in the perspective of anybody. It would be an earlier date for CALTRANS and the state to take on, but in my opinion, it is still a good deal for them.”

Broughton said another thing that struck, was the number of riders and the costs of the facility are Chula Vista centric.

“There are businesses that are located here,” he said. “The customers driving in and getting of at the exits are employees and residents leaving every day and coming back, Between 84% and 94% of all toll revenue is being provided by Chula Vista businesses and residents.”

Broughton said that was never the intention of the toll road. It was hoped that it would alleviate traffic coming from the border and disbursing some of the traffic from Interstate 5, and Interstate 805 to the SR 125.
“That has not materialized, and we believe that is largely because of the tolls,” he said.

Broughton said the largest issue facing this decision is the state’s new requirement for evaluating the impact on vehicle miles travelled (Senate Bill 743, Vehicle Miles Traveled Policy) and the perspective that if the toll road opens up, or reduces the tolls, it would induce people to get in their car and drive where they otherwise would not.