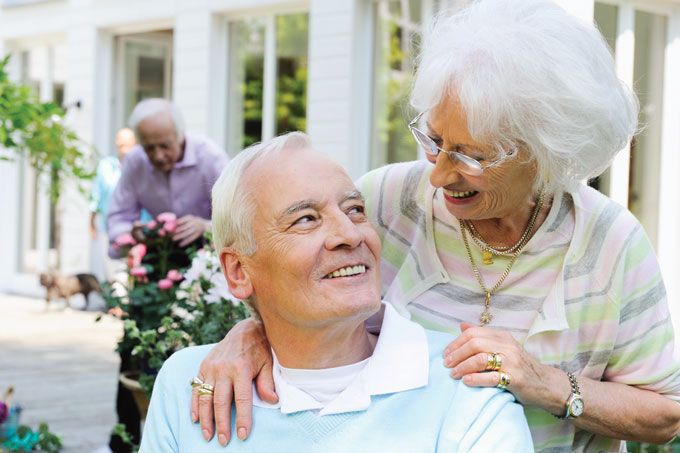 With Alzheimer’s Awareness Month in November, the Caregiver Coalition of San Diego hosted a forum with the County of San Diego Aging & Independent Services and the Alzheimer’s Association San Diego/Imperial Chapter held a forum on Nov. 29, providing 10 early warning signs that may indicate whether or not an individual is in the early stages of Alzheimer’s disease and provided some resources to help individuals navigate their way through this disease.

Alzheimer’s Association Engagement Manager Elisa Barnett said understanding the early signs of Alzheimer’s disease is important as the earlier the intervention, the better the treatment and support the patient and their caregivers can receive.

Barnett said this difference between dementia and early Alzheimer’s is that dementia is the umbrella term for an individual’s changes in memory, thinking, or reasoning and that there are many possible causes of dementia with Alzheimer’s being the most common. Other causes are vascular dementia, frontal temporal dementia, and each type of dementia has distinct characteristics to cause specific behaviors in the individual, but there is also some overlap in behaviors among the types of dementia.

Alzheimer’s has specific changes in the brain, what is called plaques and tangles, and is a progressive disease marked by these key changes and impacts memory, thinking, and behavior. Alzheimer’s causes nerve cells to die which leads to brain tissue loss and causes loss of function and communications between cells. These changes can cause the symptoms of Alzheimer’s, which is memory loss, behavioral issues, problems with thinking, planning, and at the end stage, swallowing.

“Lots of us have moments where we forget things, cannot remember someone’s name, a word for something, directions, and you remember it later. But that is not what we are talking about here,” she said. “We are talking about the kind of memory loss that will make it difficult for you to do the day to day things you need to do to take care of yourself. That may mean you are forgetting important things that you would not normally forget. How to get somewhere. Getting lost. Forgetting the names of people that you see every single day. That remembering later does not happen.”

“It is not that, ‘oops, that was due yesterday’ but you get the letter in the mail that your power is getting turned off,” she said. “The memories are just not there.”

Barnett said also taking much longer to get things done due to distractibility, but more so, not remembering the steps to get the job done. She said another sign is difficulty doing a familiar task, like taking a regular route to a destination, like a grocery store, and getting lost halfway there. She said it is also like not remembering the rules to a favorite game.

“It is the forgetting of things that you know how to do really well for a very long time,” she said.

Understanding time frames is another, she said. Not understanding something if it is not happening immediately.

“Like we are going to have dinner in two hours and not being able to wrap their head around how long two hours is from now,” she said. “Not having that sense of time and where they are in it.”

“This is extremely important because it can affect balance, impact someone’s driving,” using not recognizing a stop sign and what it means, she said. “When they talk about spatial relationships, they are talking about how far one thing is from another. In the case of driving, how far is my car from the car in front of me? Or how far is my car from that retaining wall? Someone may think they are very far away from that retaining wall but in reality, they are very close. Their brain is no longer processing what distance means.”

New problems with words, speaking, or writing. Barnett said it is important to highlight that it is new.

“If I were to start forgetting words I use on a regular basis, such as the names of things, of places, things that are really familiar to me, that is going to start to be a warning sign,” she said. “Another thing is that people might have trouble with speaking words, so they make up words because they cannot remember the right word for it, and they may try to describe it in another way…They do not have that word in their brain the same way anymore.”

Misplacing things and losing the ability to retrace steps.

“For folks potentially showing signs of dementia, they may lose or misplace things,” she said. “And they cannot find them because they cannot backtrack their steps. It can also cause significant confusion. Things can end up in strange places and they do not remember putting them there. For them, it is as if a stranger did it, someone else is moving their things around, because they do not have a recollection of how the things got to where they are.”

“This shows most significantly when we are dealing with money,” she said. “A person may be willing to give away money when they normally would not. They are not thinking through things clearly. In terms of poor judgement, they are not looking at things the way they used to. Examples are grooming and hygiene. You may notice they stopped showering or stopped cleaning their home. That is because that is something that is not occurring to them. That feeling that you should feel or look a certain way goes away from them.”
Withdrawal from work or social activities.

Barnett said if you play bridge every week and suddenly realize you do not remember how to play, you do not want people looking strange at you, so you stop going. Eventually, they are not going to any of their friends, stop participating in their normal activities, and it come along with the inability to follow things.

“What that means is that is falls on us on the outside to pay attention,” she said. “We want to pay attention when people completely pull themselves out of their social stuff, including time with family.”

Last, Barnett said is changes in mood and personality.

“We are talking about fairly significant changes here,” she said. “Someone being really suspicious. Saying you are stealing from me because they cannot figure out why something keeps ending up in the wrong place.”

She said other examples are believing someone is coming in and moving things around, but the reality is that they are doing it to themselves, and they just do not remember because they cannot make those appropriate judgements, then all of a sudden, they are accusing other people of doing it.

“They are suspicious, they are anxious, and this can be jarring for someone who was easy going in the past. It also means they can become increasingly frustrated or angry when they are in places that are not familiar, and that can be problematic,” she said.

Barnett said early detection is important because all of these symptoms are not solely or exclusively symptoms of Alzheimer’s or dementia. She said there are many medical conditions that could cause any of these symptoms.

“Your quality of life can be improved by knowing what is happening and taking that step and going to your doctor and share what your concerns are,” she said.