Weather has played havoc with the start of the CIF-Metro Conference roller hockey schedule for Sweetwater district schools.

Of the six scheduled dates at the Castle Park High School outdoor rink, three have been wiped out completely because of rain while Thursday’s final game at the rink was postponed when it began to sprinkle in the second period.

Of the 16 scheduled games, only eight have been logged into the scorebook.

Over that stretch, the Bonita Vista Barons (3-0) and the San Ysidro Cougars (2-0) are both undefeated.

Seven teams are participating in district play this season. Another six schools are competing in conference play this season as part of the North County League. They include defending Kiwanis Cup champion Scripps Ranch along with Poway, Westview, Cathedral Catholic, Escondido Charter and Patrick Henry high schools.

Sweetwater district teams use the Castle Park outdoor rink for games while North County League games take place at the Escondido Sports Center at Kit Carson Park. Limited inter-league play is planned during the regular season both all 13 teams will be eligible for postseason competition as the Kiwanis Cup playoffs resume after a year off because of COVID-19 protocols.

Bonita Vista went undefeated during a shortened spring season to finish as league champions, ending a long drought for the Barons without a championship banner.

In other games on Dec. 16, Otay Ranch best Eastlake, 4-3, in an overtime shootout while the Castle Park-Mar Vista contest was postponed with 12:50 remaining in the second period because of wet grounds. The Trojans held a 5-1 lead at the time the game was called.

Ten players scored for Bonita Vista in the Dec. 15 contest against Otay Ranch, highlighted by two goals and one assist from senior Max Anderson and three points (one goal, two assists) from junior Brady Murphy.

The game was a special one for the Nunes family. Diego and Damien are brothers while Keala is their cousin. The family had played in the same game before, but the Dec. 16 game marked the first time they had played on the same line.

Diego and Keala had played on the Barons in previous seasons but Damien, a freshman, had the opportunity to play alongside his brother and cousin, who were both seniors. It was a once-in-a-lifetime opportunity for the three.

“It was amazing,” Damien Nunes said.

“There was a lot of chemistry,” Keala Nunes said.

“We knew we could get our passes off to where one of us was,” Diego Nunes elaborated.

Josh Barreto had three goals and one assist for Castle Park

Eastlake notched its first win of the season, 6-1, over Hilltop on Dec. 15 as eight Titans picked up points in the contest. Andrew Ibarra scored twice, while Eric Morgan, Cash Schreiber, Isaac Fortunado and George Carver all scored goals while Nick Redmond, Loren Swisher and Every Jerman all picked up assists.

Nichols had the lone Hilltop goal. 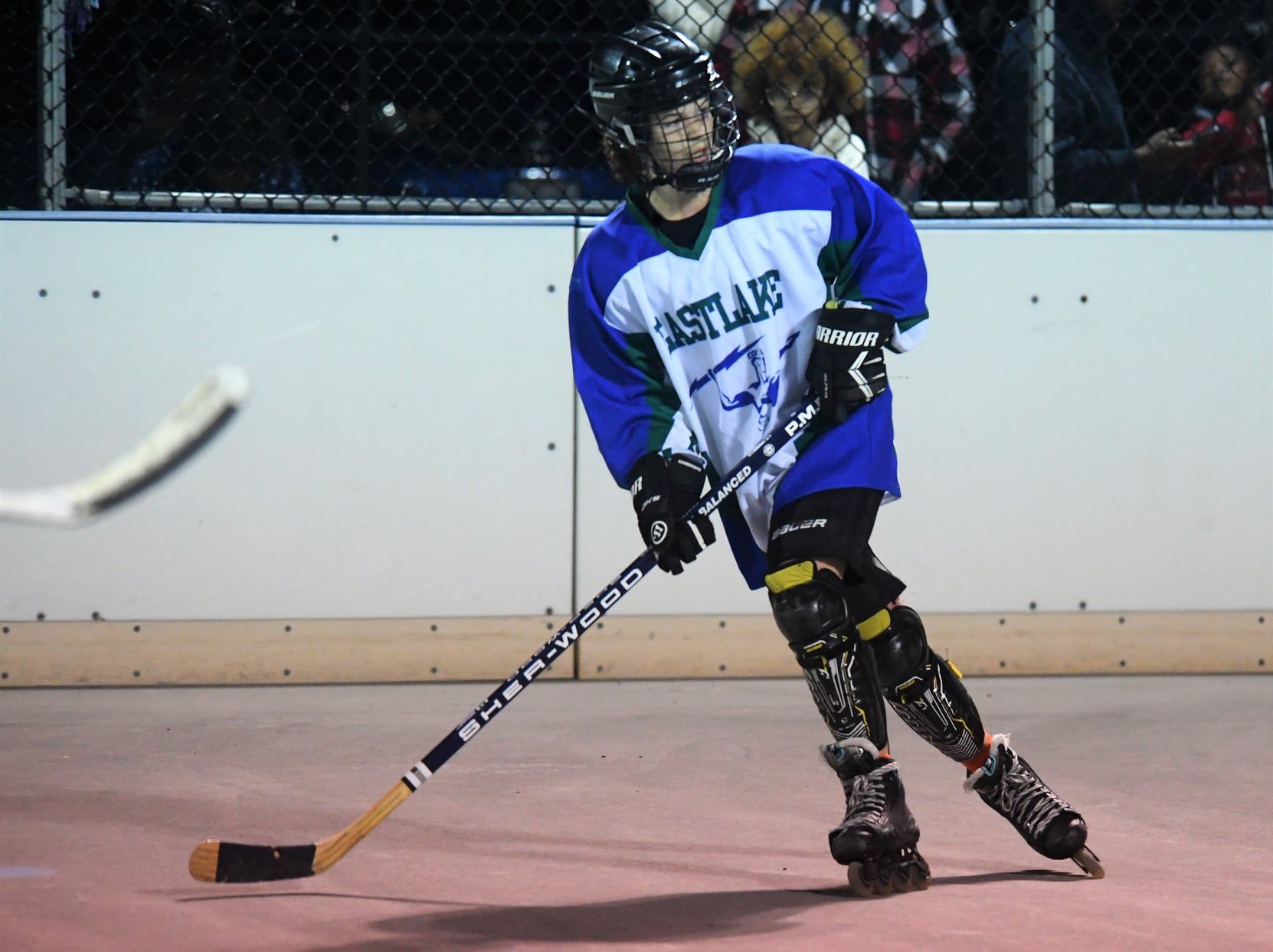 The most exciting game of the week faced off the Dec. 16 schedule as Otay Ranch built a 3-1 lead on Eastlake only to see the Titans rally with two goals to send the game into overtime.

Jose, Donahue and Riley Holt each scored goals to stake the Mustangs to their early lead. Ibarra scored for the Titans to trim the score to 3-2 with 5:57 to play in the third period. In dramatic fashion, Eastlake tied the game, 3-3, on a shot from just inside the center line by Redmond with 0.9 seconds to play in regulation as the Titans made one desperate rush down the floor. 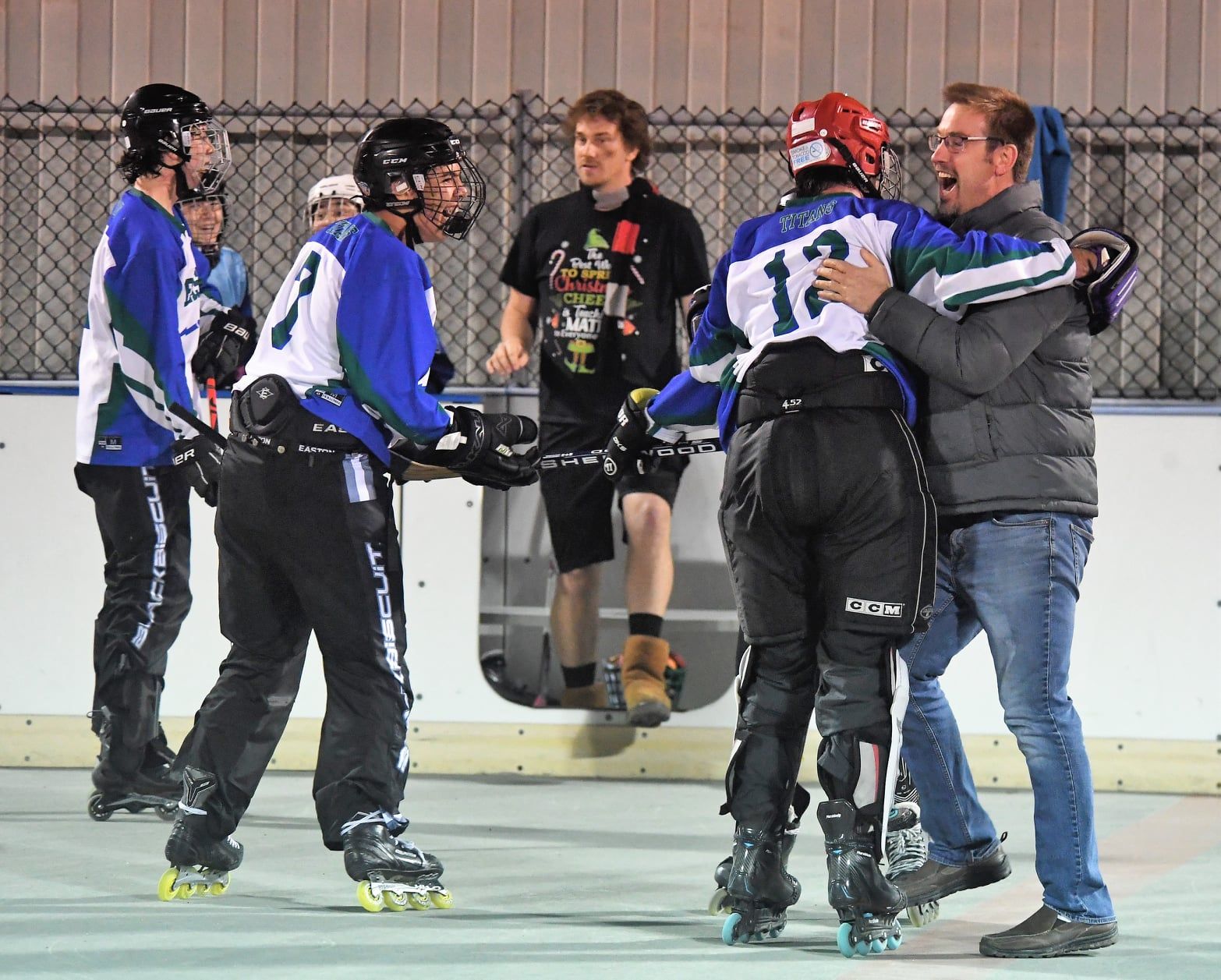 The teams skated three-on-three through a scoreless five-minute overtime period.

Ibarra and Schreiber missed on their two shootout attempts, while Donahue scored the game-winner for Otay Ranch.

“I wanted to block well and keep them out,” Mustang netminder Alex Short said. “I thought they had scored on their last shot but when I saw it go wide, it felt as if a weight had been lifted off my shoulders.”

“Alex was our MVP,” Otay Ranch head coach Christian Welch said. “We wouldn’t have won this game without Alex.”

The Titans, especially Schreiber, appear to have picked up their level of play since the start of the new season.

“They have been working hard,” EHS head coach Richard Haislip said. “Everyone on this team is new with the exception of a couple of people. Everyone is picking up the game. Some played during the COVID spring season. There is a lot of passion for the sport.” 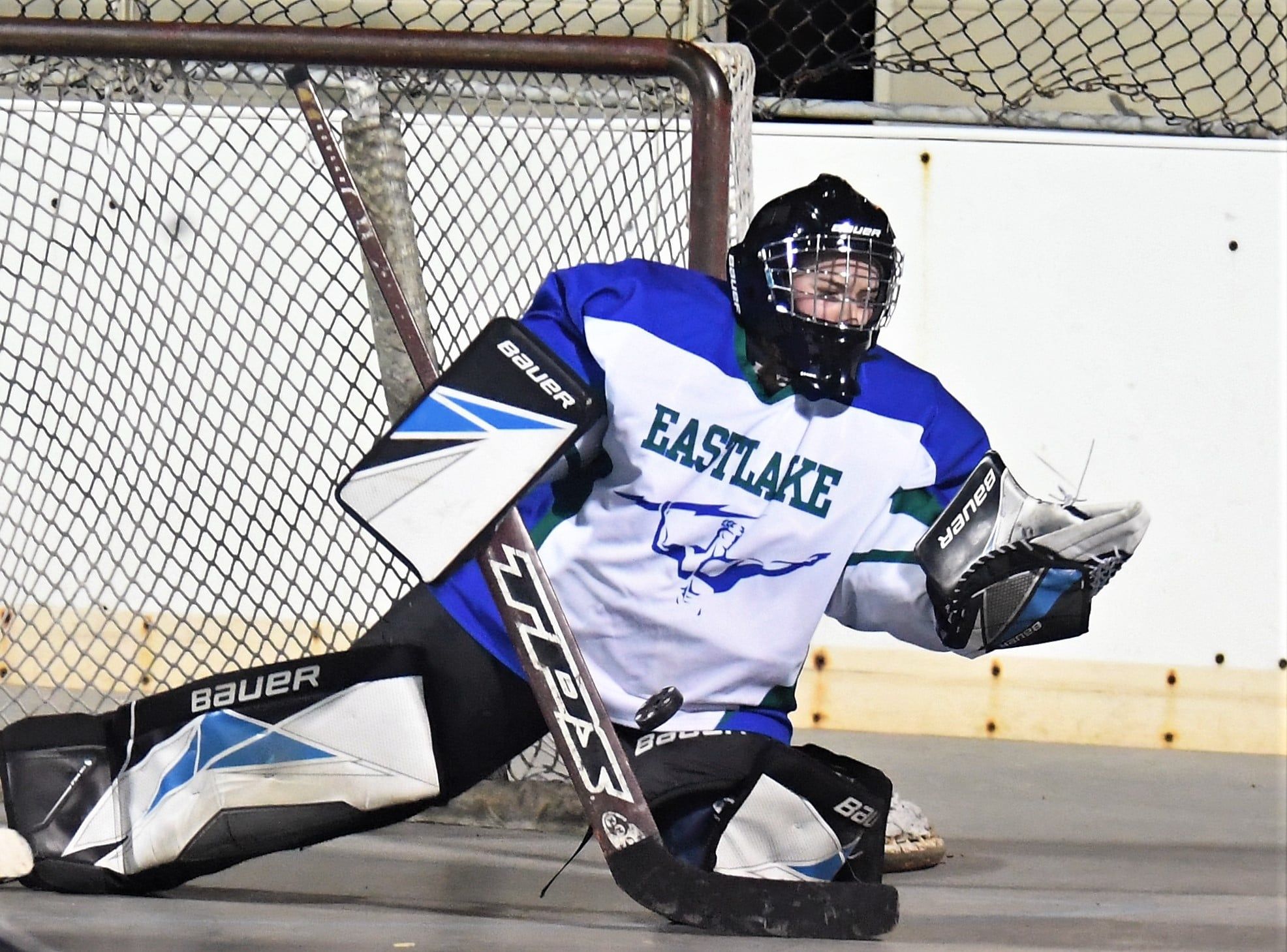