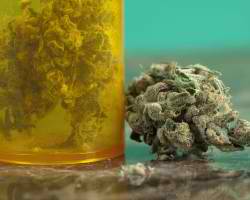 National City is one step closer to cannabis retailers setting up shop in the city— elected officials voted April 5 to knock a year off time spent on background checks in an effort to more rapidly approve potential business owners.

Changes to city code approved Tuesday during the city council meeting remove the requirement for a Live Scan background check to be managed by the National City Police Department as part of a criminal history check, deflecting that process to the state of California.

Shifting the Live Scan portion of the background check over to the state shortens the timeline involved, however it also has potential to render a business applicant partially approved to operate in National City while waiting for their Live Scan results to be returned from the state.

Ultimately, successful applicants would need to make it through three phases of the application process before they are able to fully and legally establish a cannabis business in the city.

National City Economic Development Specialist and Special Project Manager Megan Gamwell, who provided background information on the item, said that approach grew out of learning the city would have needed Department of Justice approval for the Live Scan process.

“The Department of Justice has informed the city the Federal Bureau of Investigations process would require the city to change part of its ordinance and resolution for the Live Scan approval. This process would take up to a year,” Gamwell said.

Once the timeline was recognized, Gamwell said, city staff and National City Police Department worked together to come up with an alternative: utilize the state Department of Cannabis Control for the background check and Live Scan process as their process matches what the city would have done.

“This change is not uncommon. Another city that our SCI consultant has worked with that is also deferring to the DCC’s Live Scan process is the City of Fairfield. Another municipality also considering this process is the County of Eldorado. They ran into the same issue when the DOJ informed them they were still a year out from getting their Live Scan approval and it has caused significant delays in their approval process,” Gamwell said.

The power to revoke a preliminary cannabis application is written into city code, Gamwell said and if an applicant does not meet the DCC requirement National City will not issue them a permit for operation.

However, City Council Member Ron Morrison said he is concerned the city is favoring a shortened timeline over municipal and resident concerns.

“This is a business that ends up with a lot of little problems. I want to make sure whatever background checks we’re doing are as thorough as possible. I don’t care if it takes six minutes or six months. This is not the kind of project you want to get into and leave to chance,” Morrison said.

During time for public comments resident Judith Spring said she is concerned business applicants can hide behind a Limited Liability Corporation that might conceal business ownership.

“They are notorious for connections with cartels and anything you can do to reach into that LLC designation would be a great protection for us in National City,” Spring said.
Resident Becky Rapp said she appreciates staff establishing state-level background checks on anyone applying for marijuana business permits, but also assigned responsibility to local officials.

“There’s no one more invested in the city than you,” Rapp said, and asked city council to recognize the importance of possible past local grievances.

With that, the public hearing closed and council voted on changes to city code allowing the background checks to be performed by DCC.

The motion carried 4-0 with a “reluctant aye” from Morrison. Vice Mayor Marcus Bush was not present for the meeting.