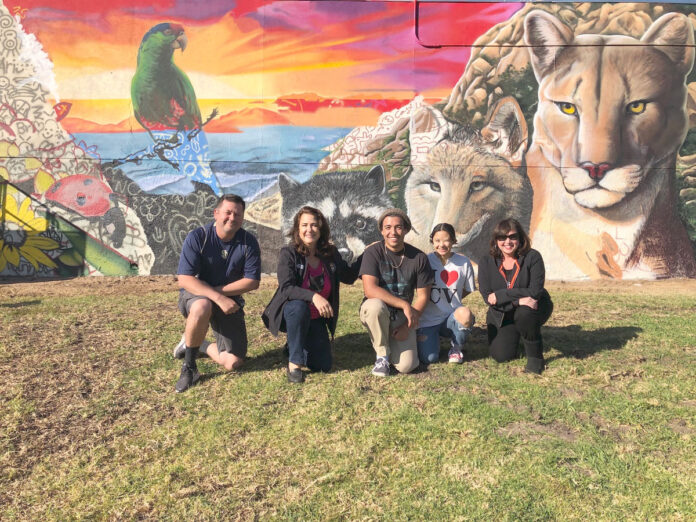 Nestled between Castle Park High School and Loma Verde Elementary School is the SDG&E/Loma Verde Park. This park has become a community gathering place for students, parents and families, as it is a popular spot to drop off students for both schools. But the adjacent parks have had a history of blight and graffiti, and a recent mural project unveiled on Jan. 14, is one more step in creating a community atmosphere for the community in that area.

Part of the West Side/Best Side Mural and Graffiti Abatement Project started by District 2 City Council member Jill Galvez and former council member Mike Diaz, the vision of the project was to include local high school students. First by painting utility boxes in the city that were targets for frequent tagging, then working alongside mural artists creating murals in the community.

The new mural, located on the north side of Loma Verde Park on the back wall of the abutting strip mall was an infamous graffiti spot, with Castle Park’s cross country and soccer coach and sponsor of the schools Trojans Loving Their Community (TLC Club) Jose Cobian Jr. He had already led a team of students in “reclaiming SDG&E Park,” said Galvez, and at least once a month has covered the graffiti on the wall. This is where the project began, with Cobian wanting the project to have an impact on the local community, admiring the beautification of the park and neighborhood instead of graffiti tagging.

Galvez said she recruited Chula Vista artists Paul (PJ) Jimenez and Signe Ditona of Ground Floor Murals for the project. The young duo, who began painting together during the pandemic are already making a name for themselves, recently landing a contract with the Padres in creating the Padre murals around the county. Now, the “lovebird artists” are creating murals around the county together, wanting to expand their reach beyond San Diego County.

Galvez said she heard about a grant from Blue Shield California for projects like this to help lift the spirits of communities especially amongst student populations and asked community relations leader Barbara Orozco-Valdivia to meet at the park, who then began gaining interest in her company to sponsor the mural.

“We were able to secure the grant and Blue Shield donated $10,000 to cover artists costs and materials,” she said. “Then we had a series of meeting with the students at Castle Park High in the TLC Club where they brainstormed what they wanted to see. The students wanted something vibrant, extremely colorful, that reflected life, nature, and their community that would make you feel alive and vibrant when you saw it.”

Galvez said Jimenez and Ditona came back to the students with an idea very similar to the existing mural. She said the skyline was blue and you could see the ocean, but the students wanted a vibrant colorful skyline.

“All the animals in the mural represent local flora and fauna of the area, including the parrots,” she said. “PJ and Signe came back, altering the artwork, adding the bright glowing skyline and the students were absolutely delighted. Then they went to work.”
Jimenez and Ditona met three years ago at the Ocean Beach Farmer’s Market, began hanging out after that and quickly became best friends, and then began dating.

“We started doing art together,” he said. “We would draw and make art on the sidewalk. We were not practicing art before. We liked it, but we had never really focused on it. We both got fired during the pandemic which gave us much more time to practice art. When the pandemic happened, we started becoming much closer friends. We started painting together about 16 months ago. We were in an art class when the pandemic started, approaching the end of the semester. Not having taken art classes before, we learned a lot from our teacher at City College and it opened our eyes when it came to art, and we applied it to our mediums. We just fell in love with it.”

“Now we are doing walls in the city, and it has been a cool journey and awesome to share this with my best friend Signe,” he said. “I am so happy for getting fired during the pandemic and finding out what I really love doing in life.”

Jimenez said the enthusiasm of the students is really what brought the mural to life and made it easier for them to work towards.

“At first, I was kind of worried about it because we had never directed anyone, less alone students, but the fact they showed up every day, had a great time, were opened to learning new methods and learning how to you spray paints from us, it made it really easy,” he said. “It was a lot of fun. We got to know these students and it was cool to see their perspective, got to get to know how they were dealing with the pandemic and how it is to go to high school these days.”

Jimenez said with the positive attitude and energy of the students that wanted to make their community nicer, they did a lot of the foundation work, but left the vibrant sky totally done by the students.

“We thought it was a nice touch to show the students helped us. It was a really wonderful experience, and a learning experience for sure,” he said.

Jimenez said this mural fits the message that they want to give the community in their art, the idea of a healthy community.

“Starting with animals is a good start because they are the ones that get impacted the most when it comes to our ecosystem and respecting it,” he said. “In using local indigenous animals, we try to remind people that they live here as well and why we should be taking care of our city and our ecosystem.”

Jimenez said their artwork focuses on representation of a community and people that are unrepresented.

“Prior to us starting to paint around the community I really never saw art that represented people of color or people that resonate with the people that I have known growing up here,” he said. “So, when I first started painting, I started with people and things that I had never really seen before in my city. Not only people, but animals. I believe you can say a lot by depicting things that we feel that need to be talked about.” 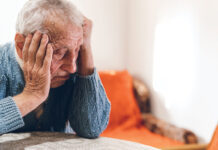