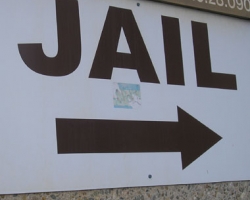 A homeless man who set his friend on fire while he was asleep near a Chula Vista market is now serving a four-year term in state prison for mayhem.

Moreno didn’t attend the sentencing, but he now lives in a medical board and care facility in the South Bay after spending months in the hospital. He has gone through skin graft operations to replace burned skin.

Padgett didn’t testify at his trial. The judge gave him credit for already serving 302 days in jail.