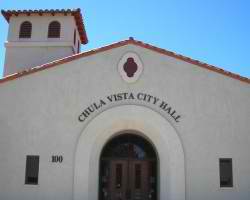 The city of Chula Vista is left without a master developer after HomeFed Corp. decided it no longer wanted to be involved with the development of the city’s much anticipated University and Innovation District.

Earlier this year the city and HomeFed hammered out a memorandum of understanding explaining how the two entities would work together on the 375-acre project, but city officials said when HomeFed took the MOU back to its board of directors for review, that’s when they decided to pull out.

“At some point there was a decision within HomeFed that this issue of creating a university was just not part of their expertise or what they do,” said Chula Vista Councilwoman Pat Aguilar. “So they made an internal decision, as I understand it, that this didn’t make sense for them. It’s just not who they are.”

Aguilar said HomeFed’s expertise is in housing development, not in creating and developing universities.
Paul Borden, president of HomeFed, did not want to go into specifics as to why HomeFed backed out but simply said it couldn’t come to terms with the city.

In 2013, HomeFed entered into an exclusive negotiating agreement with the city of Chula Vista to become the developer of the University and Innovation District.

Borden said HomeFed still maintains a great working relationship with the city of Chula Vista.
HomeFed, a public company listed on the New York Stock Exchange, already has a heavy presence in Chula Vista, owning land since 1998 in the Otay Ranch General Plan Area. HomeFed owns open space and areas of development such as Village Nine and Village Eight West in Otay Ranch.

“Our intention is to move forward with actual development of land in 2016,” Borden said.

City Manager Gary Halbert said he has his beliefs as to why HomeFed no longer is involved.

“Ultimately, their board just decided it wasn’t a good enough business deal for them,” he said.

The city manager said HomeFed was probably concerned they wouldn’t get any returns from their investment.
Halbert said the city currently isn’t talking to other developers about the University and Innovation District. He said the city is keeping its options open on the development front, including possibly going back to HomeFed.

Right now the plan for the University and Innovation District is to finish a specific plan for the university, Halbert said,

In 2016, Halbert expects a specific plan will be presented to council for approval, form a committee that will serve similarly to a board of directors, and start recruiting universities to open a campus in Chula Vista that would accommodate about 20,000 students.

One idea is to bring a Mexican university to Chula Vista, Halbert said.

It remains unclear how Chula Vista will fully fund a university, but since the city already has the entitlements for the land, Aguilar’s wish is for a “prestigious university” that could fund itself as a satellite campus in Chula Vista.
Halbert said the city won’t talk about financing until a developer is secured.

“The city has got the ball at this point and we’re moving forward,” he said. “Universities don’t get built over night.”

The university project has been in the works for more than 30 years.