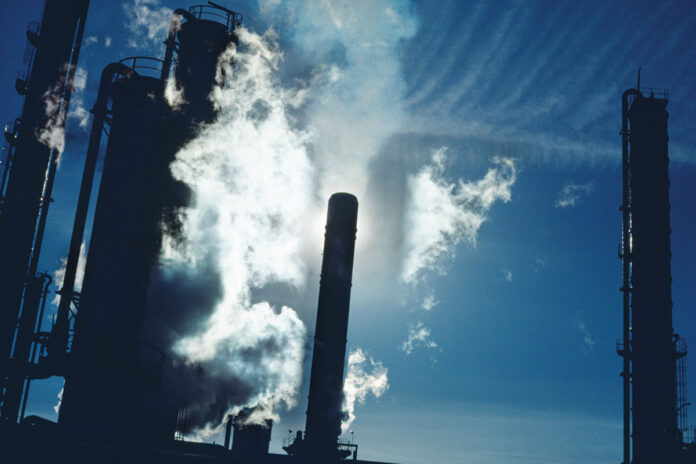 Naranjo’s opening remarks on the Port addressing equity set the tone for her report on how clean air strategies are being established, with the Port on the edge of approving several items that could have significant impact on National City, which has sustained years of air pollution.

According to Port data, “the confluence of freeway traffic and industrial uses occurring within and adjacent to the portside community, and activity from the U.S. Navy and the Port all generate emissions that contribute to high levels of diesel particulate matter and other toxic air pollutants within these communities” that contribute to higher rates of asthma, cardiovascular disease and other health related illnesses.

However, a proposed Maritime Clean Air Strategy Document will be up for review at a Port meeting on Oct. 12.

One main component of the plan would provide clean power hookups for docked shipping vessels instead of running their diesel engines. That type of approach, Naranjo said, is intended to reduce air pollution in National City as well as neighboring communities like Barrio Logan.

Port leaders, she said, have discussed establishing a fee for truckers, shippers and other business partners to help pay for the Maritime Clean Air Strategy plan.

The port needs to find a balance where funds are generated without charging so much that businesses find a cheaper port of entry to use for cargo, Naranjo said, while still bringing in funding that could benefit clean air initiatives.

“The Port is now doing a study to determine the tipping point… This is important because there is a five-year timeline for replacing pollution-causing diesel power operations with electrified alternatives at a cost of about $60 million,” Naranjo said.

During the same upcoming Oct. 12 Port Board of Commissioners meeting, leaders will vote on how to spend about one million in federal stimulus money, Naranjo said.

The city of National City has requested $50 million of the federal stimulus funds to clean the air at the National City Marine Terminal.

That funding would ostensibly go toward meeting most of the clean air goals scheduled to be in place by 2030.

The Draft Environmental Impact Plan is complete and out for public review in both English and Spanish at portofsandiego.org, or in person at the National City library.

“That plan has taken 13-plus years to get to where we’re at right now and honestly, we need public input to express the need to continue moving forward with this,” Mayor

If adopted, that plan would see Pepper Park expanded by 2.5 acres as well as road changes that would create a buffer between commercial and recreational spaces, and acreage changes that would allow for an RV resort and hotel development.

“We, as a community, can advocate for those resources,” Sotelo-Solis said.

The full plan is available for review at portofsandiego.org and comments are being accepted through Nov. 17.