The 2020 high school baseball season was cut short because of the COVID-19 pandemic. The Eastlake Titans played just six games — just enough time for shortstop Marcelo Mayer to get warmed up with a .294 hitting average, six RBI and three home runs.

Major League Baseball scouts are salivating while watching him perform on the diamond. EHS head coach Dave Gallegos believes Mayer, who has already committed to play college baseball at the University of Southern California, could be a high pick in the upcoming MLB amateur draft.

“Marcelo’s talent is huge,” Gallegos said. “He’s one of the best players to come out of Eastlake since Adrian Gonzalez.”

Gonzalez, as history states, was the top pick in the 2000 MLB draft by the Miami Marlins. He went on to play 20 seasons in organized professional baseball, including 15 years in MLB and five with the hometown San Diego Padres.

“El Titan,” now 39, recently signed with the Guadalajara Mariachis, an expansion team in the Mexican League, in a bid to land a spot on the Mexican national team in advance of this summer’s Tokyo Summer Olympic Games. 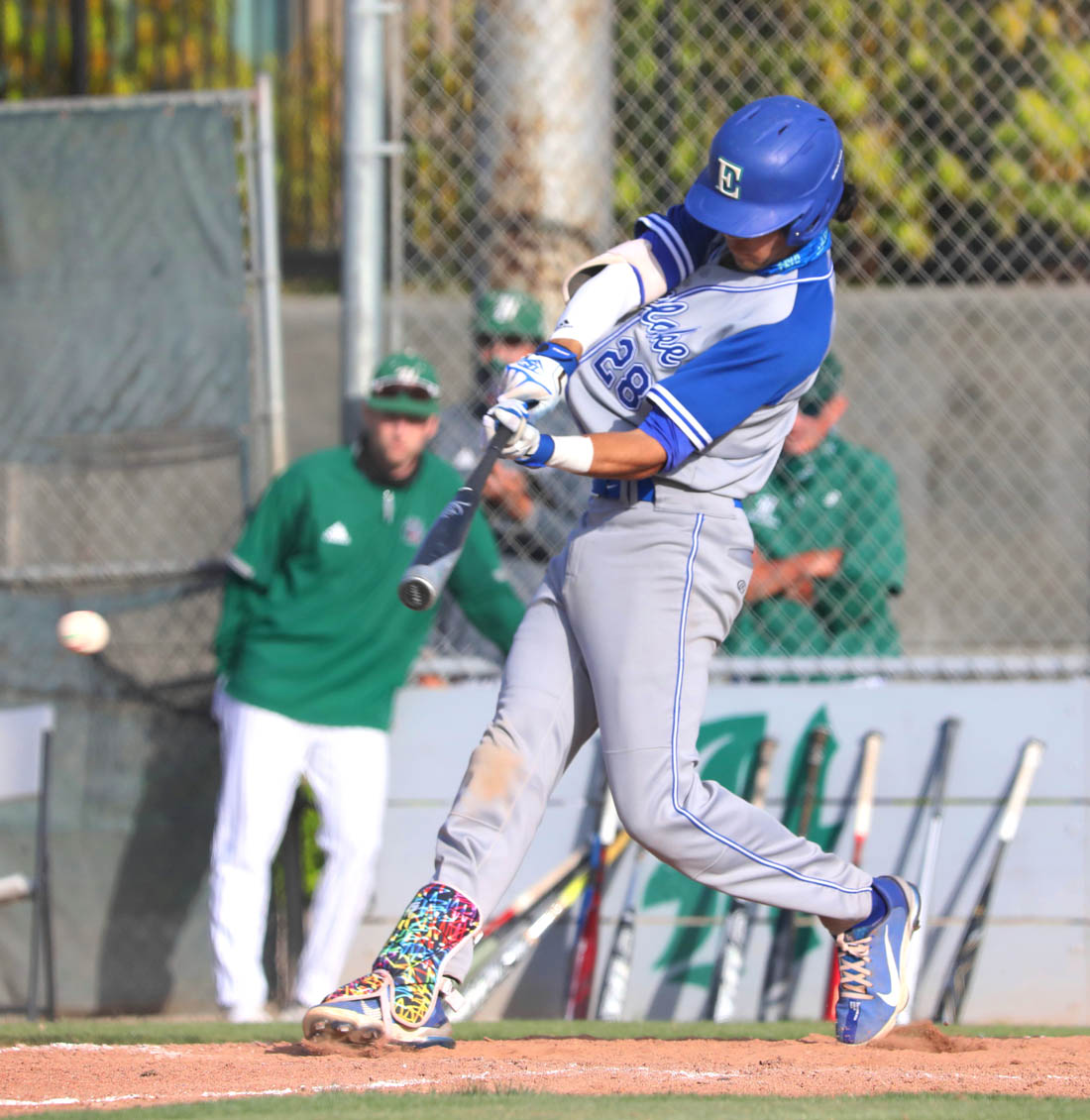 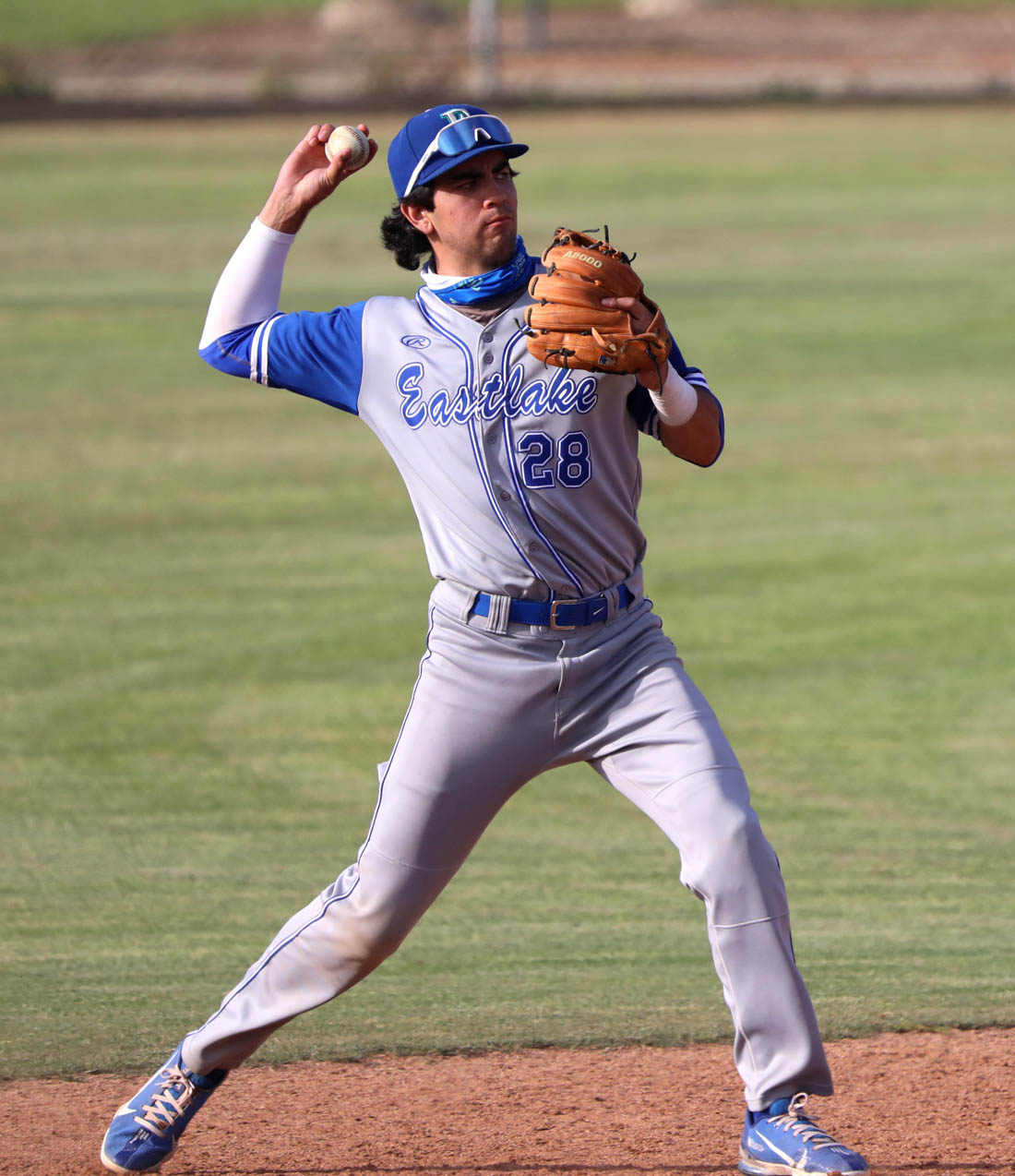 Mayer looks to follow in the footsteps of both Gonzalez and recent graduate Keoni Cavaco, who was selected 13th overall in the 2019 amateur draft by the Minnesota Twins.

The Detroit Tigers seem to have taken a particular interest in Mayer, who represented the Titans at the 2019 San Diego Section All-Star Game at Petco Park and most recently at the 2020 Perfect Game All-American Classic in Oklahoma City.

“He should go in the top four picks,” Gallegos said of Mayer. “He’s a great athlete. His knowledge of the game is huge. He’s very strong. His potential is unbelievable. He’s an all-around baseball player.”

The Open Division playoffs are scheduled to start June 9.

Championship games are scheduled June 19 at various sites around the county.

Mayer was a member of the Titans’ 2019 Open Division championship team.

As a second-year varsity player, the right-handed pitcher feels more comfortable now in making the jump to the next level.

“I feel I have become more accepting, a lot more sure of myself when I play the game I love,” he said.

“For a career, I’d like to play in the Major Leagues,” he said. “So right now, I’m chasing my dream.”

He’s been playing baseball nearly all his life — long enough to build up many lessons in life-learning.

“I love the game because it shows me about life — how you fail and how you succeed,” Esqueda said. “The success drives you to get more.”

He enjoys his role on the mound.

“I love being in control of the game,” he said. “I like to have the team on my back. I just like that feeling.”

“I want to continue to improve,” Esqueda said. 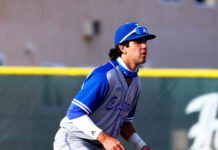 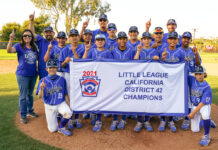 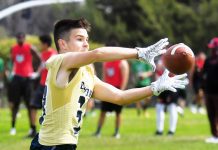