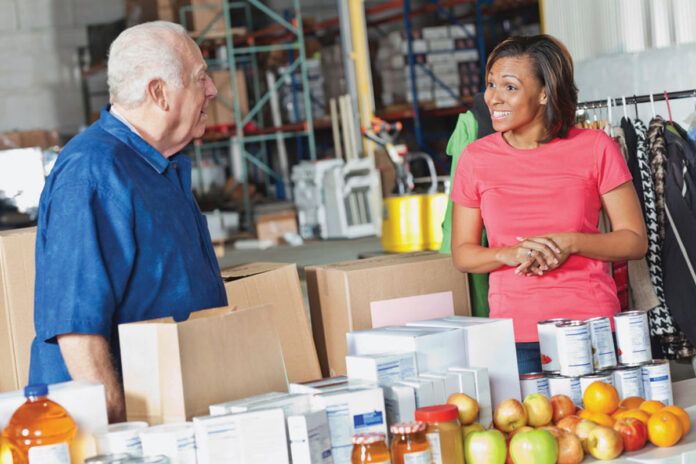 In efforts to advocate for the rights of its unsheltered clients, Chula Vista-based nonprofit Community Through Hope held a demonstration at Fault Line Park in San Diego on April 27. The demonstration included 19 tents that spelled out #HOUSING NOT HANDCUFFS and #END CRIMINILIZATION with lights lit up during the evening hours to bring awareness against homeless criminalization of the unsheltered and the support of their wellbeing and personal rights. The event also observed the 23rd annual Denim Day in honor of Sexual Assault Awareness Month, which is an additional risk for homeless individuals.

CTH stated that 350 people who may have been homeless died in 2020, some found on the street and outdoors, and others found in temporary housing according to information released by the County Medical Examiner’s Office, with that number increasing by nearly 100 in 2021.

“Community Through Hope was proud to take part in an event that advocates for ending criminalization of the unsheltered and come together in alignment with San Diego providers to accomplish a singular vision,” he said.

“Wednesday’s vigil was a powerful representation of human lives presented publicly to bring awareness to this tragedy,” Martinez continued. “This week alone, Community Through Hope lost two unsheltered clients who were living on the street. How many deaths will be enough to wake up our elected officials to do something about this profound crisis?”
Martinez said in Chula Vista, the county’s second largest city, Community Through Hope and other area unsheltered providers are pushing for a shelter while local leaders violate the basic civil rights of the most vulnerable population.

“It’s a disaster of failed policy in both cities that needs to be addressed with equitable solutions,” Martinez said. “The current response can’t be considered a success unless success can be counted against all the lives lost. We must show up for each other because we are stronger together.”