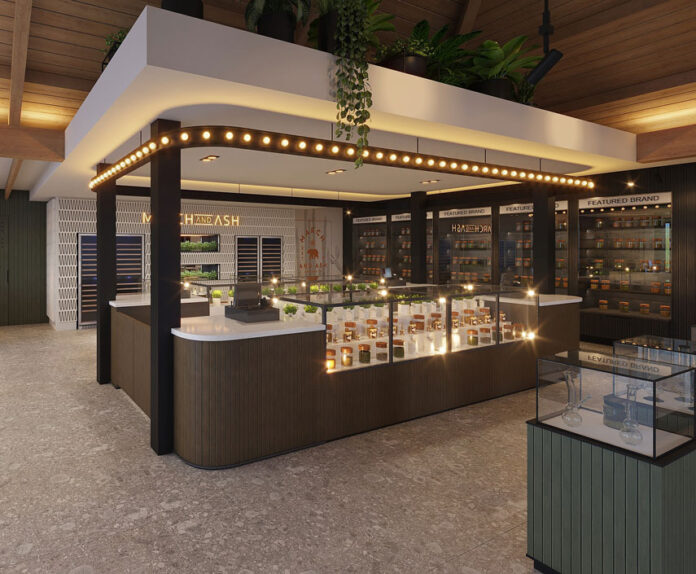 The city of Chula Vista opened the first legal cannabis dispensary on April 20 with Grasshopper Dispensary, and could eventually have 12 dispensaries throughout the city, with no more than three in each council district and only two of the three in a district can be a storefront. The city estimates that this could mean upward of $6 million in sales tax revenue.

This month, March and Ash opened its new storefront at 684 Telegraph Canyon Road, with plans for its official grand opening on Saturday, Oct. 9.

Spencer Andrews, March and Ash Public Affairs director, said that March and Ash operates retail cannabis dispensaries throughout San Diego and Imperial counties since the opening of its flagship location in Mission Valley that opened in 2018.

“March and Ash has established itself as the premier destination for cannabis connoisseurs and first-time consumers alike,” he said. “As a locally owned and operated business, we believe that consumers deserve a comfortable and confident cannabis experience, which is why we prioritize customer education and safety above all else.”

“As a union company, all of our employees will be part of UFCW 135’s membership, and the collective bargaining agreement that was recently ratified will allow these new employees to participate in the benefits detailed in the CBA, which include industry-leading wages, healthcare, subsidized childcare, and a profit sharing program,” he said.

Andrew said as March and Ash’s retail footprint grows, it has made a significant investment in expanding its operations to the South Bay.

“We believe that with proper education and responsible retailing, cannabis can improve everyday lives. With our newest location now open on Telegraph Canyon Road, and two others under construction on H Street in Chula Vista and Palm Avenue in Imperial Beach, our services will soon be widely available to South Bay residents,” he said.

Andrew said March and Ash carries a full line of cannabis products from licensed manufacturers and cultivators throughout California.

“Our carefully curated product line includes flower, edibles, vape products, CBD, and concentrates from some of the most widely respected and highly popular vendors in the state,” he said.