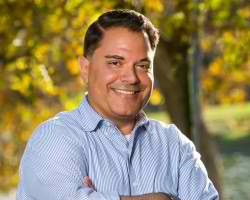 Steve Padilla said the city of Chula Vista has a lot of potential and that it is time for the second largest city in the county to reach it.

And the former Chula Vista councilman and mayor says he is running for the city council District 3 seat because he has the experience and know-how to help Chula Vista maximize its full potential.

“For me wanting to be involved in staying in government and politics to some degree is all about two things: It’s about the potential that I’ve always seen that this community has, which I think is really tremendous, and it is also about the know-how to fully realize it,” he said.

The potential Padilla refers to is for Chula Vista becoming the important complete city in its own right, contributing to the region, being a leader in the region and offering its residents a well balanced unique city with sustainable jobs and attractions as well as housing. Padilla,49, tried his hand at coming back to the Chula Vista City Council in 2014 but lost that race by two-votes to current Councilman John McCann.

Instead of sulking in defeat in what is the closest election in Chula Vista history, Padilla said he took the loss as a learning experience, considering he last ran for office eight years before that race.

“It was a very positive experience for me because it showed me ‘Hey, you know what? You still have supporters out there and you can still compete and you can still be viable in the arena of politics in Chula Vista.’  So what I took out of it was look at all the political support I got. I think there were some people who wrote me off,” he said.
McCann won with 18,448 votes while Padilla received 18,446.

“If I would have gotten crushed by 10, 15 points, I think I would have said ‘OK, this is not where my future is. This is not in the cards. You don’t have support in the community.’ That’s not what happened. I did very, very well. And the way I look at that whole election is like ‘Man that’s pretty cool’ I’m very grateful for that support. It’s something to build upon,” he said.

He said being out of politics for several years and losing in 2014 by two votes showed he still had some fight left in the political tank.

“I’ve had more than one opportunity to take my marbles and go home and give up, but I won’t and I haven’t,” he said.

Padilla said he is ready to turn the page on past controversies of hiring a bodyguard with tax payer money when he was mayor and taking out payday advances. He said unfortunately people still hold these issues  against him.

“I’ve said in the past many, many, many times on the record that I would’ve handled some of those things differently, and that some of them where a mistake and will never be repeated,” he said.

Padilla said if elected back on the city council he will put public safety first. He said he will do what it takes to provide resources in helping the fire department meet its response times.

He also said he supports the proposal for a half-cent sales tax increase that would help fund infrastructure.

Padilla said what differentiates himself from his opponent, Jason Paguio, is experience at City Hall.

“I think I’m the only candidate here that’s clearly prepared to be a legislature that has a record of delivering actual results and knows how to get things done. I think that is the big difference.” 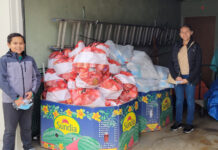