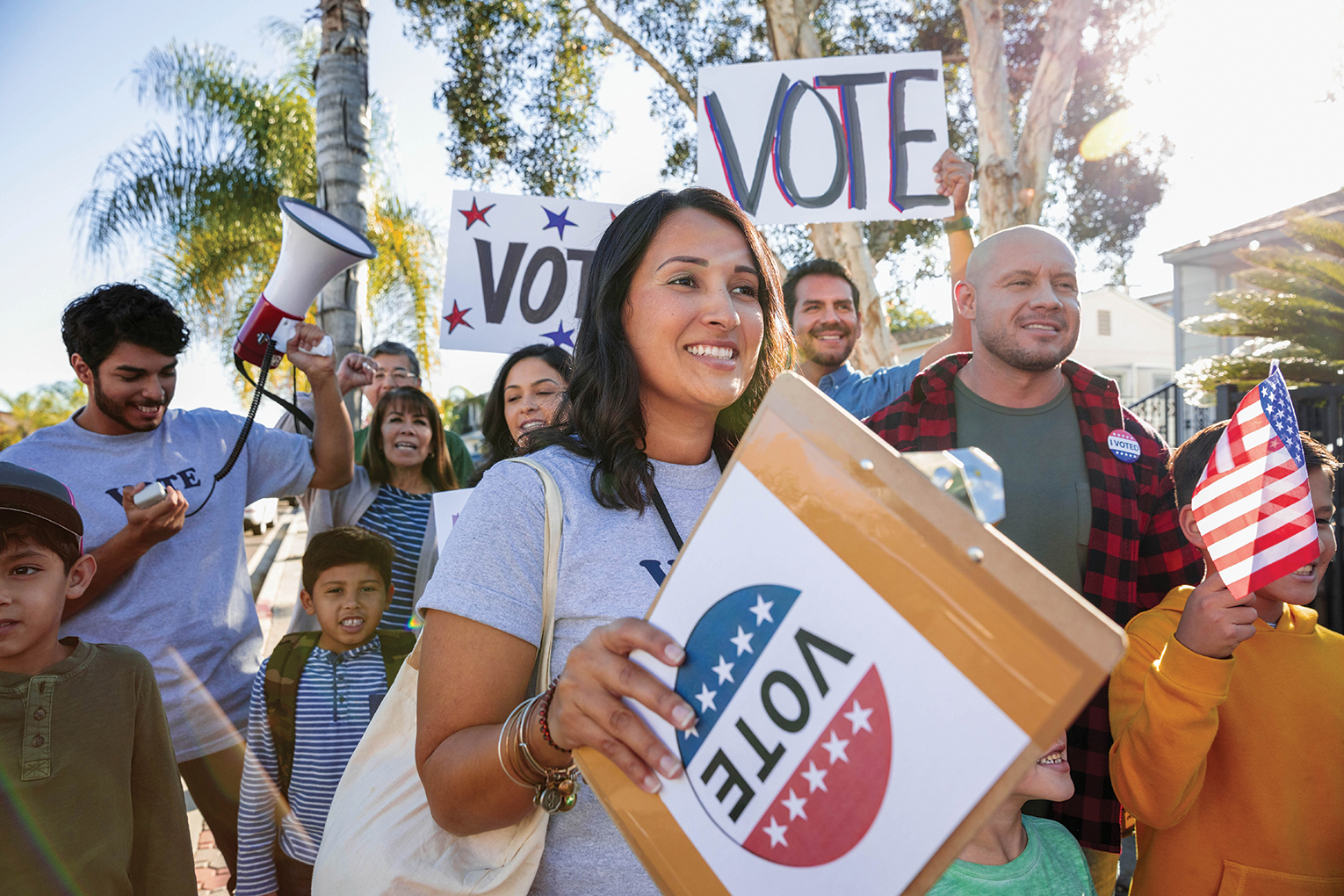 Three years ago, women and their allies nationwide marched to stand up for women’s rights, catalyze change and protest the inauguration of President Donald Trump in what has been reported as potentially the largest single-day protest in U.S. history.

On Saturday, women and their allies in San Diego and across the country will march in the fourth annual Women’s March, with the same mission of creating social change.

Chula Vista resident Nadia Kean-Ayub is one of them. As a local leader for San Diego’s Pantsuit Nation chapter and a PFLAG board member — two organizations that Women’s March San Diego has partnered with this year — she said this year WMSD has made an effort to connect with people who are “boots on the ground” and actually doing the work in their communities.

Kean-Ayub participated in the Women’s March for the first time in 2017.

“I went to the original march. I was all by myself and I didn’t have a sign, I just knew that

I was upset and I felt that something needed to be done and I was so grateful that a march was organized,” Kean-Ayub said.

Since attending the Women’s March, Kean-Ayub became vice president of the Eastlake/Bonita Democratic Club and joined the Chula Vista Human Relations Commission, two positions she says she felt empowered to take on after the march.

She attended the march again in 2018, but did not attend in 2019 after multiple original board members of the national Women’s March were repeatedly accused of anti-Semitism in December 2018.

During September 2019, three board members, Bob Bland, Tamika Mallory and Linda Sarsour, stepped down from their positions following the controversy.
Since it’s dawn, the Women’s March has also faced criticism for centering middle-class white, heterosexual women rather than amplifying marginalized voices of women of color, LGBTQ+ women and low-income women.

In Humboldt County, Women’s March organizers announced that they were going to cancel their 2019 march due to concerns it would be “overwhelmingly white” and lack crucial voices in the community, though they ended up rescheduling the march.

“Me as a marginalized woman, as a Hispanic-Arab woman, I felt that for me to come back to the Women’s March I wanted to make sure it included intersectional feminism,” Kean-Ayub said.

Intersectionality is a term that was originally coined in 1989 by UCLA and Columbia law professor and civil rights expert Kimberlé Crenshaw to describe the ways that gender, race and class intersect and overlap.

“Things that are being fought for can be different based on what community you come from, Black women have more issues than a white women. People who are cisgender gay are going to have different issues than transgender people and that’s why intersectional feminism is important because it says we as women will stand up for all rights, not just the rights that benefit us, we will go beyond that,” Kean-Ayub said

Boyle first marched in January 2017 and said she had such an inspiring day with like-minded people that she knew she needed to get involved with WMSD.

“I think there are many things that continue to be at risk that require our attention, that includes reproductive rights, that includes environmental justice, civil rights, immigrant rights — many that this year’s march is focusing on,” Boyle said.

She added that the Women’s March has had a real impact on women getting elected and getting involved politically.

“I think we have had an influence on the number of women that have gotten engaged with political offices and actually been elected to political offices as a result of the Women’s March… we are still not at any level in which women in elected offices reflect our society,” Boyle said.

Though the increase in women in office can’t solely be attributed to the Women’s March, more women have taken office since its launch, with a record number of 117 women winning office during 2018 midterm elections, according to The New York Times.

Boyle said the disparity between women and men who hold political offices is another reason why it’s important to keep marching.

This year, WMSD focused on partnering with more than 20 community organizations and getting feedback about how to improve the Women’s March.

After getting feedback, one of the changes WMSD made was selecting eight speakers through an open nomination process that included community partners and the public.