The San Diego State University men’s rugby team will close out its 2022 season with a Seniors Day match against the UC Davis Aggies on Saturday, April 16, at the team’s on-campus field located at ENS-700 (near the trolley station).

While this season is coming to a close, the seeds are already being planted for a more prosperous season starting in the fall.

The 2022 season has opened about two months late because of COVID-19 protocols. It’s obviously created ripples in the pond in terms of just about everything associated with the sport and its support system on campus.

But what’s “beautiful,” according to SDSU head coach Jason Merrill, is that the sport has found its way back to the playing field.

“The COVID-19 pandemic hurt our program massively,” Merrill said. “We had to reschedule games. This season started two months late with all the protocols we had to meet.

“It’s obviously impacted our player turnout. When I played here, we had anywhere from 50 to 80 players in a good year and our recent numbers have been in the 45 to 55 range. We’re down to 32 guys in the program right now.

“But to have a season is amazing. To get back to finally playing rugby after two years, it’s a beautiful thing.”

Merrill and his coaching staff have made the best of an unfortunate situation. The Aztecs are set to complete a full conference schedule this Saturday, plus one non-conference game.

That’s a winning season in its own right even if it doesn’t register on the scoreboard.

The sport has a long history in this country, first making its appearance in 1874 at Harvard University and spreading to form the initial Ivy League. Its spread westward has followed; the game is entrenched in tradition, especially through Northern California powers UC-Berkeley and St. Mary’s.

The UC Davis program was born more than a century ago.

SDSU’s club team was founded in 1958, appeared in a celebrated nude photo spread in Playgirl magazine in June 1974 and joined Division 1A Rugby in 2012.

Division IA Rugby is the highest level of college rugby in the United States and is administered by USA Rugby. Division 1A Rugby is modeled after NCAA competitions, with eight conferences, weekly rankings and a playoff tournament leading to a national championship game.

The top two teams in the conference standings qualify for the single-elimination Sweet 16 playoffs.

SDSU lost, 86-10, to Cal Poly to fall to 0-4 in conference play. Takahiro Matsumoto and Cedric Ndondo-Lay each scored a try for the hosts.

The Aztecs fell, 57-10, to Santa Barbara to remain winless in conference play.

While action has returned to the pitch, things still are not perfect. Because of the current numbers drain, the SDSU program is not able to field a full B-side lineup. Rugby is played with 15 players. Merrill said the Aztecs have been able to field only 10 players on occasion.

It’s not uncommon for college club teams to field as many as three teams, numbers permitting.

“With 10 players, we have to play shortened games,” Merrill said. “We’re hoping it should grow and the numbers start to improve, so we can have as many teams as we can.”

Despite the current hiccups, Merrill said the future looks bright for the SDSU program.

The ongoing explosion of youth and high school rugby programs has started to enrich the college ranks.

“At the collegiate level, it’s become a beautiful thing,” said Merrill, a SDSU alumnus. “You get players coming in with as much as five years of experience before they get to this level. It’s about developing skills and technique rather than teaching them.”

Assistant coach Nick Lupian, who has been at SDSU for the past six years either as a student, player and coach, is a former a student-athlete at Helix High School.

“It’s kind of surreal to still be involved,” said Lupian, who represented San Diego County locals for two seasons on the San Diego Legion of Major League Rugby, which recorded a runner-up finish to the Seattle SeaWovles in the 2019 MLR championship game. “The passion is always with the program to keep trying to grow and get better. It feels good to give back.”

Assistant coach William Raines coaches the St. Augustine team that recently placed second to Cathedral Catholic in the Southern California Interscholastic Rugby Federation championship playoffs. The Saints entered the playoffs as the No. 1 seed but came up short by a 19-7 score to the Dons in the league final played on March 5.

“In terms of teams participating, the number is exploding,” Raines said. 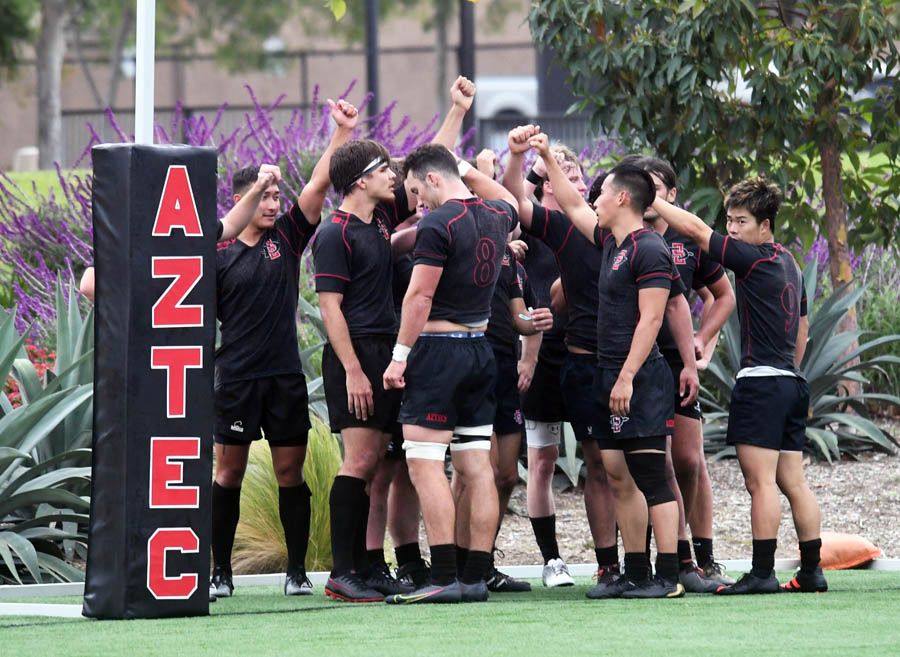 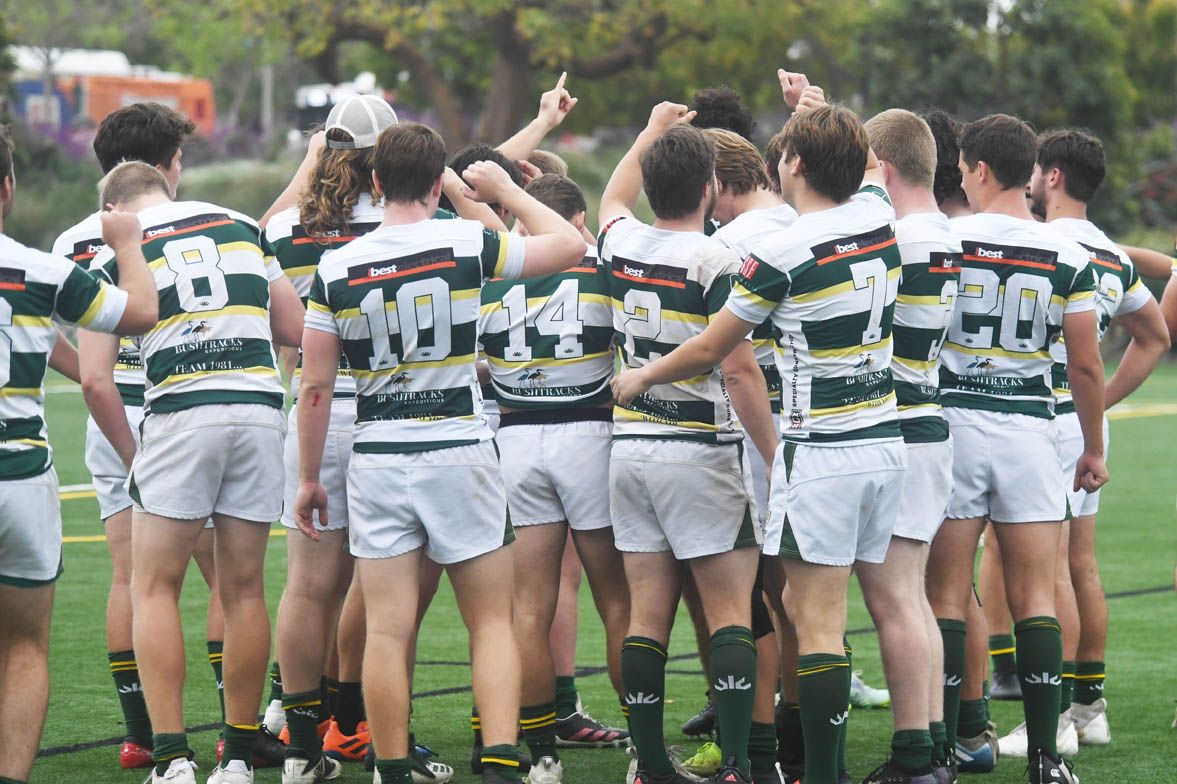 St. Mary’s represented the California Conference in the Division 1A semifinals.

St. Mary’s won this year’s conference championship and received a bye to this year’s quarterfinals while Cal Poly also qualified for the playoffs, opening with a 62-17 first-round loss last Saturday at Central Washington University.

Central Washington will play at Cal while St. Mary’s will host BYU in the upcoming quarterfinals.

Major League
The Legion, which is playing its home games at the SDSU Sports Deck until Snapdragon Stadium formally opens for the 2023 MLR season, dropped to 5-4 on the season following last Sunday’s 35-21 home loss to league-leading Austin Gilgronis.

The Legion, which sits third in the Western Conference, previously defeated the host Utah Warriors, 40-25, on April 1.

The league schedule runs through May 28.  Each team will play 16 games. Additional home dates for the Legion are May 8 against the Houston Sabercats and May 15 against the L.A. Giltinis.