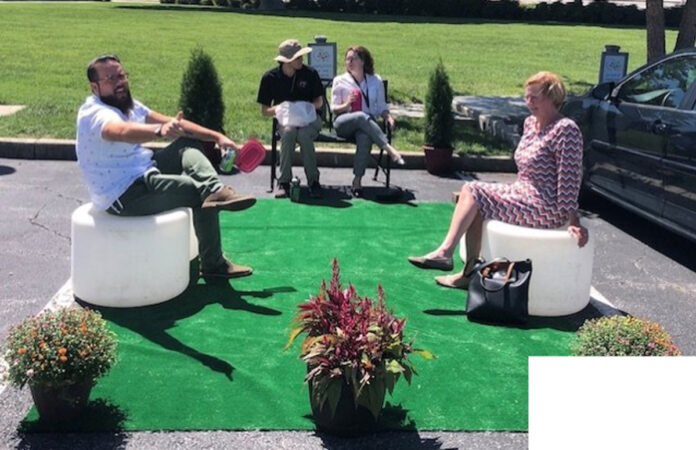 Launched in 2005, Park(ing) Day is a day where people across the world temporarily convert street parking places into tiny parks and places for art, play, and socializing. On Friday, Sept. 17, the Third Avenue Village Association, the city of Chula Vista, and the American Society of Landscape Architects San Diego Chapter are partnering together to create this global phenomenon of urban landscaping into a reality in downtown Chula Vista. International Park(ing) Day is celebrated on the third Friday each September.

Christopher Stebbins, ASLA San Diego Chapter president said this has been done in the county in piecemeal, but never done in such a collaborative effort like this. He said they focused on the cities of San Diego and Chula Vista, and Chula Vista stepped up.

“We have connections with the city of Chula Vista with our incoming president Chula Vista Development Services Department Principal Landscape Architect Patricia Ferman made the connection with the city. The City, and TAVA are all about it, so we have been putting all of our efforts in Chula Vista,” he said.

Stebbins said historically this event began without permits going back to the days in San Francisco where people would just throw coins in a parking space and make it happen.

“This is a form of tactical urbanism,” he said. “It is a proof of concept on how public spaces can be used for public need and quality of life. Every time I have been involved in a form of tactical urbanism. It has always been very successful. This is a concept that many people get really excited about being involved in and by the public to experience it. If businesses warm up to the idea of more public spaces being in front of their businesses, rather than just single parking spaces, elected officials are usually the last defenders against any kind of progress, so if businesses are coming around that is a good sign. But the city has been very supportive of this.”

Stebbins, a senior planner and designer at KTUA, said a few employees at the company are helping in its effort for the parklet for the ASLA San Diego Chapter, which happens to be being constructed in his backyard right now.

“It is coming together, and we are thrilled to partner with Chula Vista,” he said. “Business owners and the city have now seen the benefits of these wonderful wide sidewalks, the human oriented built environments up and down Third Avenue, and it is recognized now that this brings more public life, foot traffic, and more business. Plus, it just makes it all the more interesting.”

TAVA Interim Executive Director Kelly Lannom said this partnership is bringing International Park(ing) Day into fruition on Third Avenue and is an opportunity to engage in conversation about how cities are built.

“It talks about the use of single parking spaces, and what we can transform them into, if we choose to do so,” she said. “We have multiple businesses on Third Avenue participating, as well as some outside entities, transforming parking spaces into green spaces.”

Lannom said some spaces are architecturally done, some done more with plants, but expects it to be a sight to see. There is no charge for participants, but they do have to transform their parking spaces on their own.

“It is really going to be a fun sight to see, and you should come out and grab a cup of coffee and go enjoy one of those transformed parking spaces,” she said.