Times and customs evolve with the passage of time. Now check out ads for restaurants. They compete with single, double, and triple burgers. Not enough meat? Add bacon. Then some cheese, onion rings, pickles, and flavoring. It is thick enough to make you scrunch it down to take fit it in your mouth. Maybe switch to steak, and a baked potato for dinner. A big breakfast before going to work or school. Loosen the belt on your pants a notch.

There is an infinite variety of people. Everyone has their own priorities, preferences, and their own metabolism. Some follow another path and are vegetarians. A few odd fellows take a middle path. They eat white meat. No red meat with any form of beef or cattle. Why one way, or the other? The amount of land used to raise cattle is more than that used to farm pigs. The acres used for turkeys, and chicken is a bit less. Growing vegetables and fruit uses the least amount of arable land which is finite in supply. So that is good for the environment.

Some Americans go ahead and do whatever they feel like. Or they deny that any facts exist to motivate them to change. Whatever happens the ads on TV are likely to remain exactly the same. 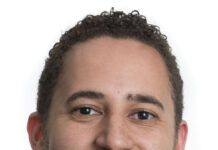