A pair of young wrestlers from the club, 7-year-olds Cael Marcotte and Shaylie Wilkins, have proven it’s not too early to start after earning elite honors as World of Wrestling Trinity Award winners.

According to the elder Macrotte, who serves as head coach at Bonita Vista High School, such a feat had never been accomplished before by a San Diego County youth wrestler, much less by two.

Cael won the prestigious award in the boys 6U Division while competing at 52 pounds while Wilkins, a La Mesa resident, made history in the girls 7U Division at 40 pounds.

Both wrestlers finished the 2021 season ranked first nationally in their age-group weight divisions and were selected as members of the World All-Star Team. Wilkins was further honored as the 7U Girls Wrestler of the Year.

Cael, son of the club’s coach, finished 11-0 in age-group competition in the three tournaments with nine pins. He gave up only one point in the 11 matches.

“It feels good,” the youngster said. He was at a loss for further words after recently having his tonsils removed.

A point system is used to determine membership on the World All-Star Team.

Cael finished with the maximum total of 35 points. 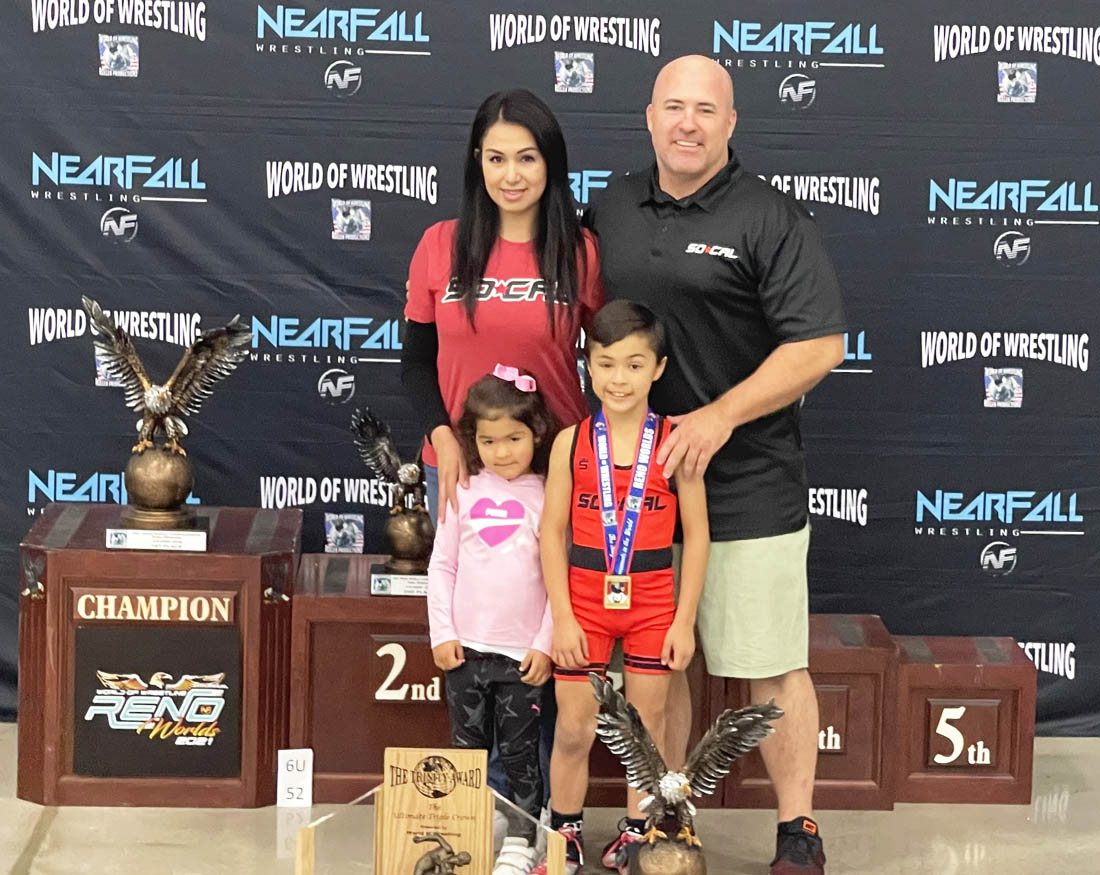